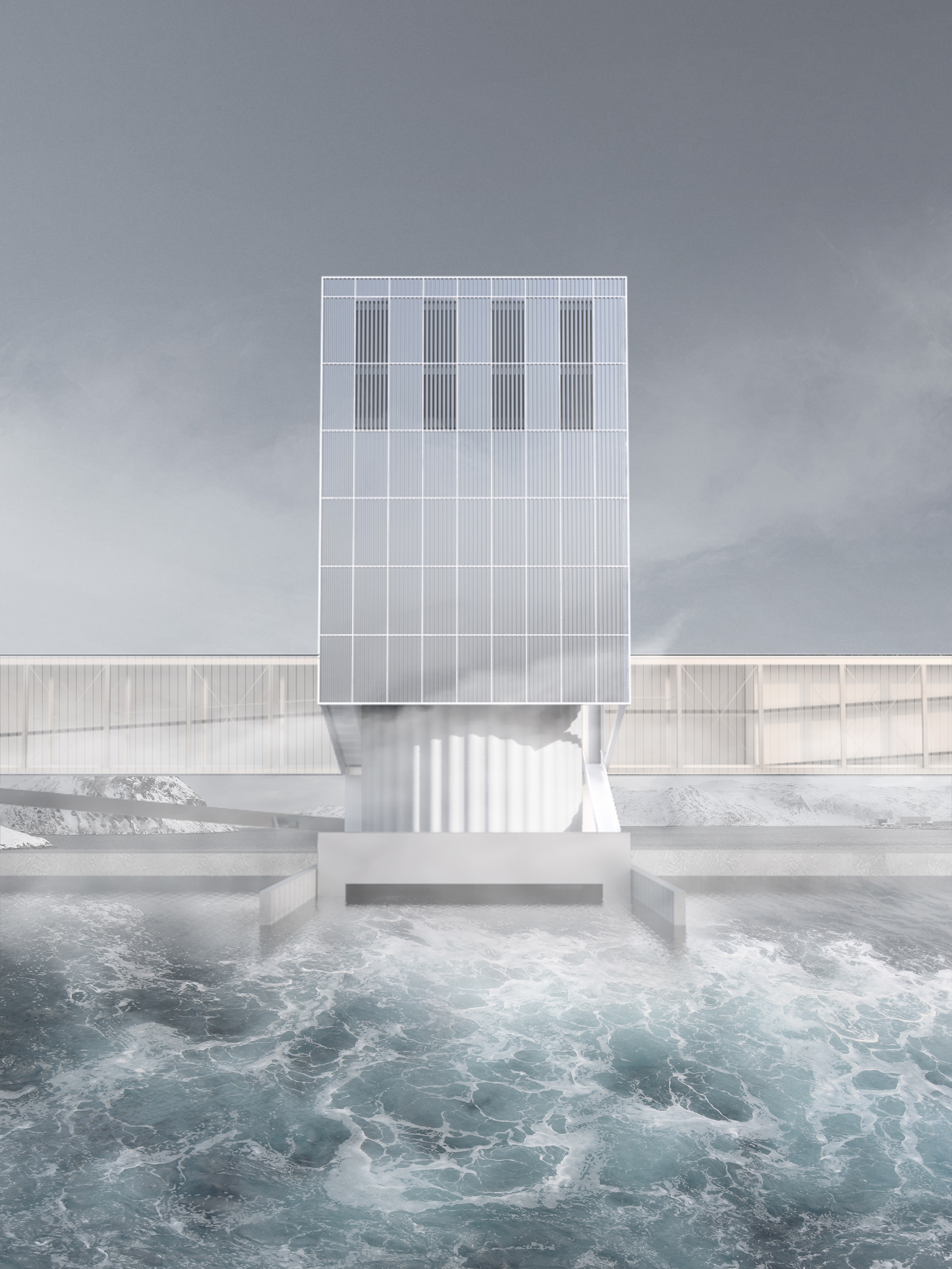 A Performance with Water
Visit this project at the VR exhibition

On the remote Arctic island of Hammerfest, the full extent of automation, resulting in substitution by machines and in a post-labour organisation of economy, would challenge the human condition and envision “play” as the only fundamental component of society. In the face of the spectacle of automation, which has taken agency away from individuals, a new form of theatricality is needed.

As the demise of labour authorises anyone to be an actor in the play, the Theatre is turned away from the optical relation of the theatron (sight) and now subjected to another relation, the one of drama (action), thus endowing the becoming performative of automated production. Activated by the perpetual motion of tides, the Theatre of Automation is a social endeavour, aiming to bring the theatrical performance to the level of a collective form of life, where natural rhythms redefine the configuration of space. In such holistic acts, Nature, Machine and Human resonate in harmony.