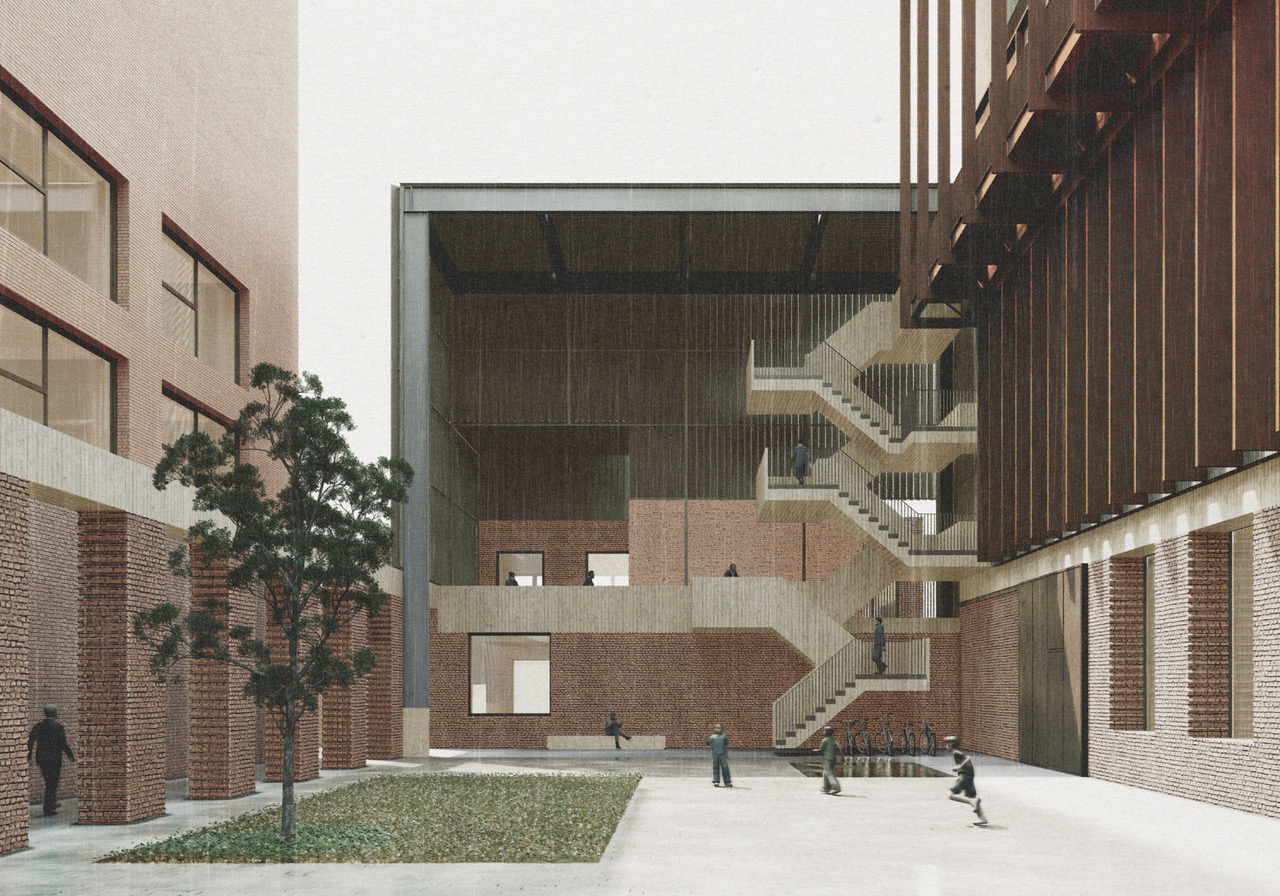 Ruination developed as a response to or critique of the throwaway culture of the 21st century: large-scale demolition threatens our cities, whereby vast segments of historic fabric is eradicated and replaced by homogenised monoliths. This has transformed the city skylines around the world, making them indistinguishable from one another and resulting in a loss of cultural identity. On a localised scale, this loss of cultural identity further aggravates the negative effects of gentrification.

Ruination might best be summarised as a strategy of demolition, change and modification, layering history, allowing historical moments to coexist. The architect functions as a curator in deciding how to treat each fragment of the existing structure, removing elements, restoring others, and interspersing them with new ones. Setting up a dialogue between past and present, provoking the older elements into conversation with wholly new invented forms.

This project seeks to expand upon a series of neglected light industrial type buildings, treating the existing masonry walls spanning the depth of the site as a plinth for building upwards.