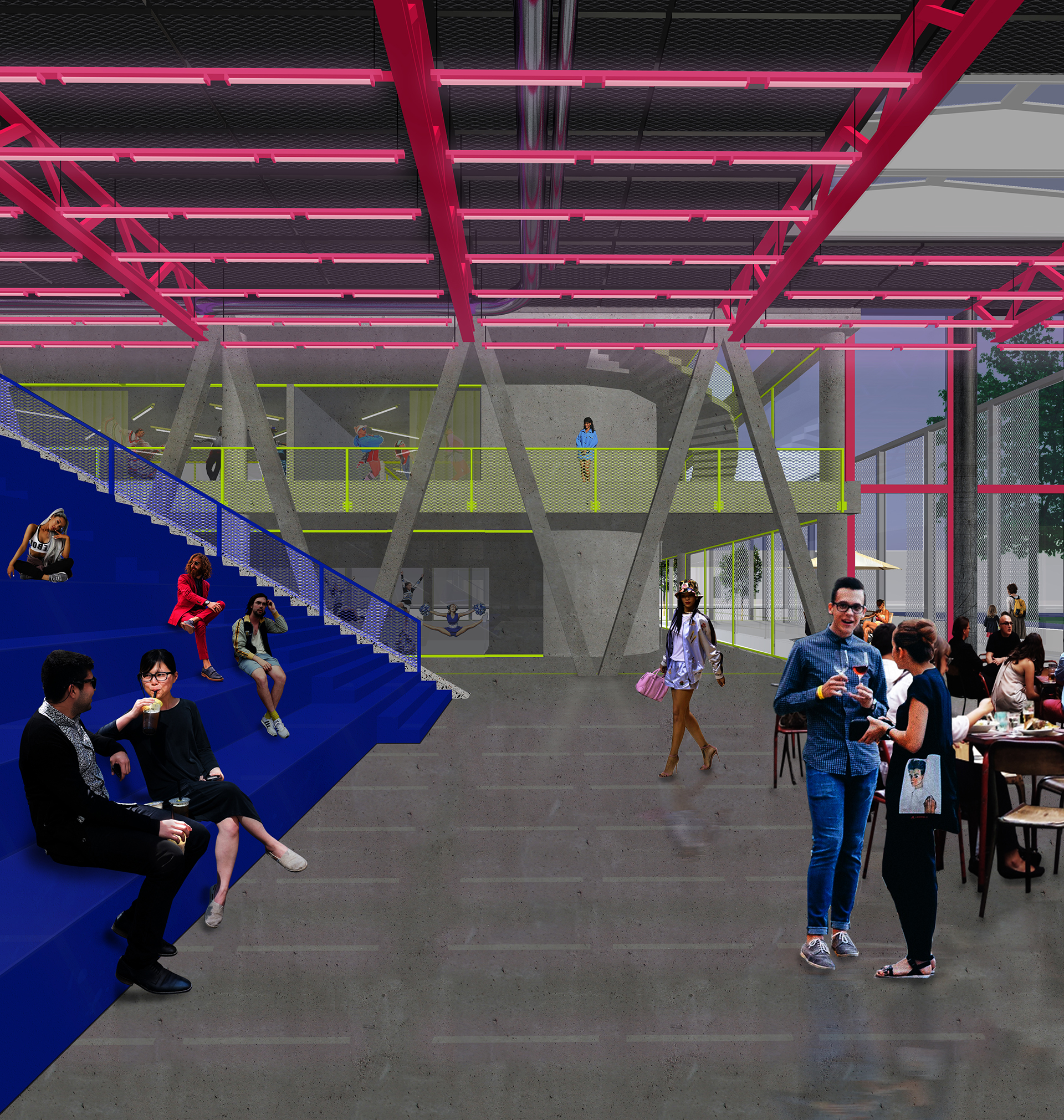 Space of interaction – explore, discover, inspire!
Visit this project at the VR exhibition

Morgenstond is one of the four post-war urban planning schemes of the district of The Hague South-West. Once planned for a very homogeneous population, it lost its attractiveness over the years and developed into one of the so-called ’40 problem-neighbourhoods’ in the Netherlands. Social Issues such as high unemployment, low education, poverty and criminality in conjunction with a monotonous and faceless urban and architectural environment result in a missing local identity as well as low social cohesion in public areas. The Talent Hub for Morgenstond will establish a place of a new ‘TOGETHER’. Creating a space of active representation of the people of Morgenstond empowers its inhabitants to discover their talents, open up to new experiences and become more active in public life. By showcasing the neighbourhood, its talents and community, an unconventional place of gathering, joy and inspiration is created. The project contributes to a new inclusive identity for Morgenstond.