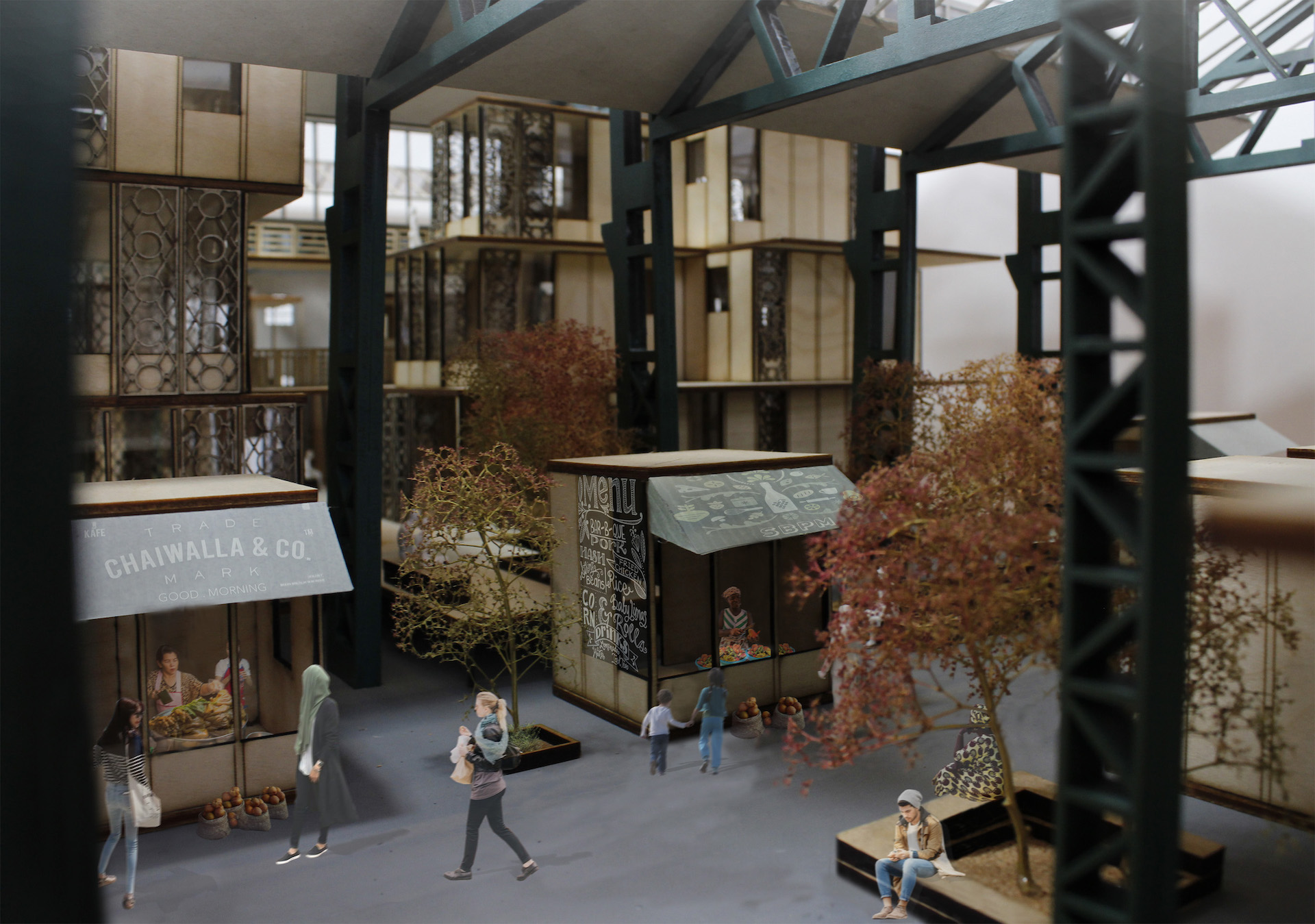 A home for the displaced

The project provides flexible housing for a fluctuating influx of asylum seekers and status holders and not only fulfils the different basic needs of its inhabitants, but also proposes a generic building system which can respond to this fluctuating influx. This system adapts to every new occupant and can be customized to family composition and cultural background by using digital fabrication.

By seeing the AZC (Asylum Seekers Centre) more as a transitional phase in which a person has been separated from its former context but not been rooted to its new structure, the concept of liminality is being introduced. In order to comply with this concept, the dwellings should not only be adapted towards the cultural vernacular but also provide useful daytime activities. By locating the AZC in the middle of the city of Amsterdam within the vacant Van Gendt Halls and introduce a public axis consisting of selling points, fab labs an repair cafés the inhabitants can sell their products and locals can buy them.