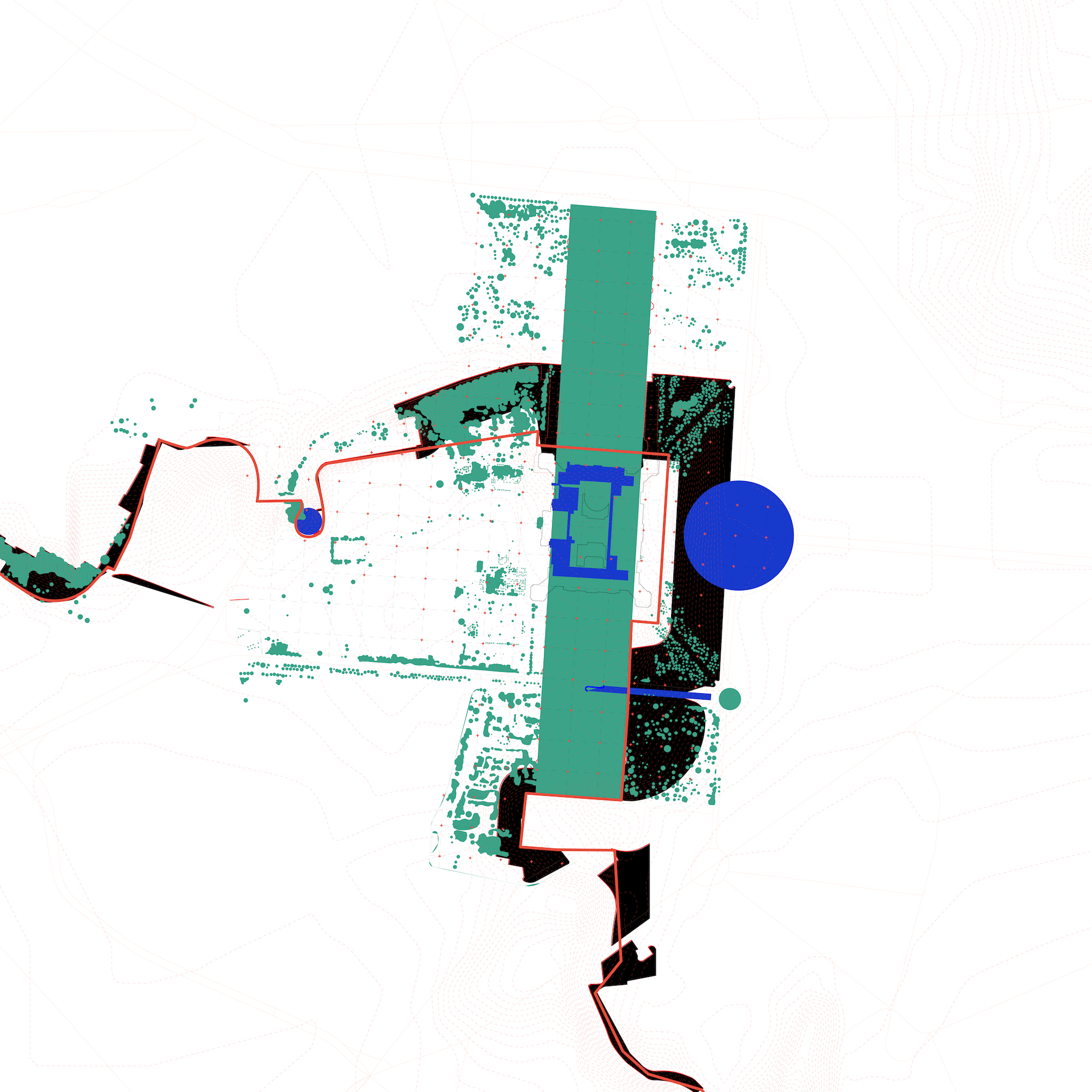 This project explores theories of framing of  a landscape through Bucharest, specifically the territory surrounding the Palace of the Parliament. As part of a large scale urban regeneration project that began in 1986, construction was interrupted by the revolution in 1989 and subsequently never completed, resulted in a nearly-completed building surrounded by old city fabric, late communist blocks, and disused, overgrown lots.

Thus, the site problematic can be understood in part as an issue of scale: the Palace itself ruptured existing scales and introduced a vast, rigid frame that in-turn fixes the scale of the site. The concept of the frame provides a useful starting point to rethink not only the site in its relation to Bucharest in a critical, immanent, and open-ended  way, but also a way to rethink the framing of a landscape architecture project into the continuous urban landscape across scales.