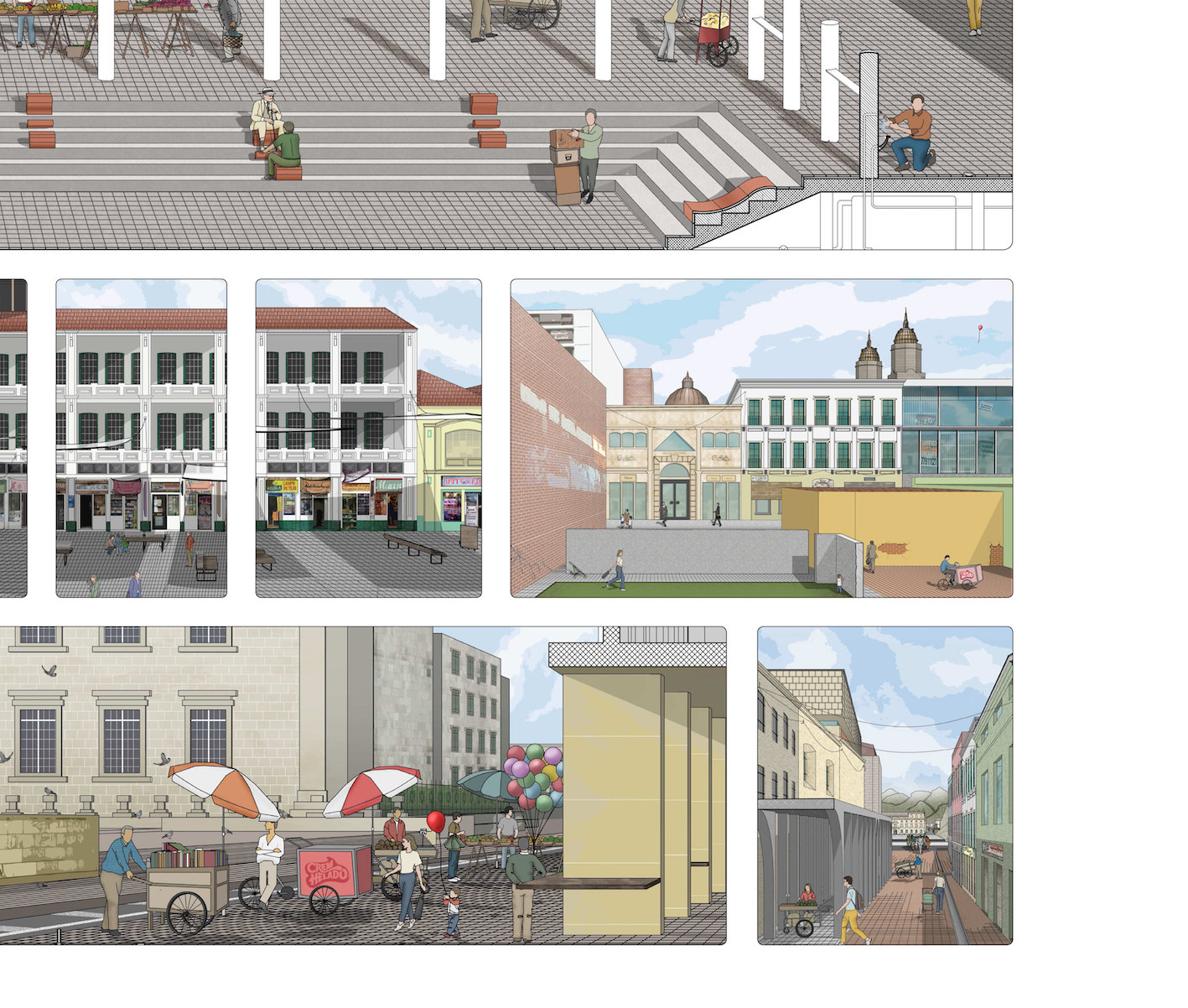 The project explores the notion of ‘the Commons’ within Bogota’s historic centre. The term ‘historic’ implies an inclusive method encompassing not only architecture, but also social practices, relations and rituals. Thorough investigation into these practices revealed the strengthening of the intangible memory is the key to start the organic process of creating the commons. This set up the centre of Bogota as a laboratory, allowing the interventions to interact with a highly complex context and push the line of the physical environment to achieve a new potential.

This project defines the Commons not as a place; that is not to say that it does not have a physical presence, but that it is guided by a series of actors performing through time. Simply put, the Commons are created when different actors and their interests converge. In this way the project becomes the ultimate commons, dealing with the interests of various actors, the idea of time and the tension between the tangible and intangible memory.