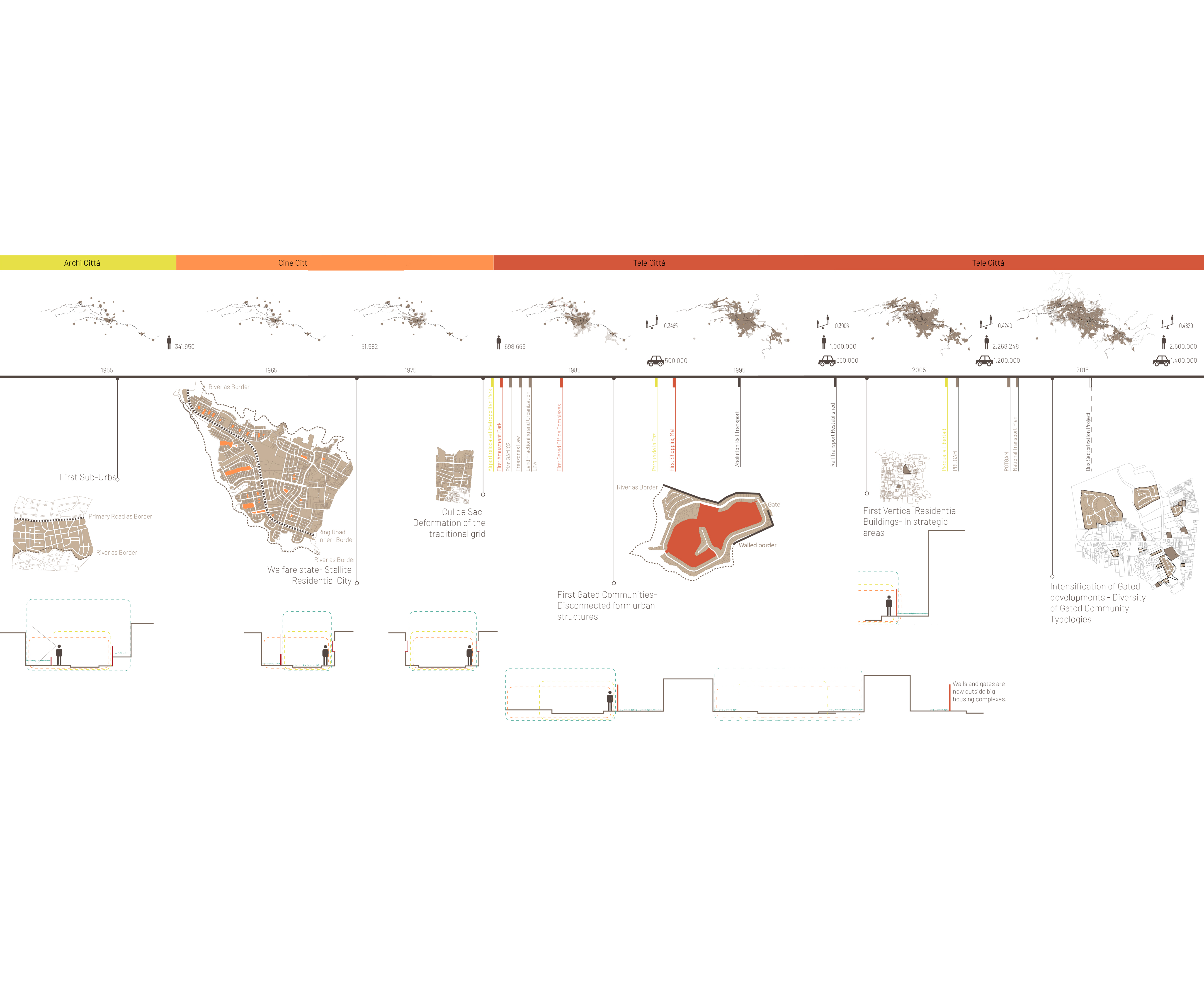 Gated communities exist in most urbanized contexts around the world and San José, Costa Rica is not the exception. Following the discourse of insecurity and the claim of building community with-in the confinement of the gates, new developments are constructed with a peripheral wall. As gated communities diversify to all available markets they have self-segregated from the city. The result is a city composed by clusters of enclaves separated by functions thus, car dependent and in detriment of the public space. Under this condition this thesis research will focus on possible spatial strategies to modify public spaces with the aim to allow for and facilitate social interactions in areas that are dominated by gated communities. Using as a starting point the understanding that public spaces mediate between the private spaces, thus having an important role in the confronting process of socio-spatial fragmentation and that the promotion of public spaces can address the imbalance manifested by the privatization of public spaces (Madanipour, 1999).