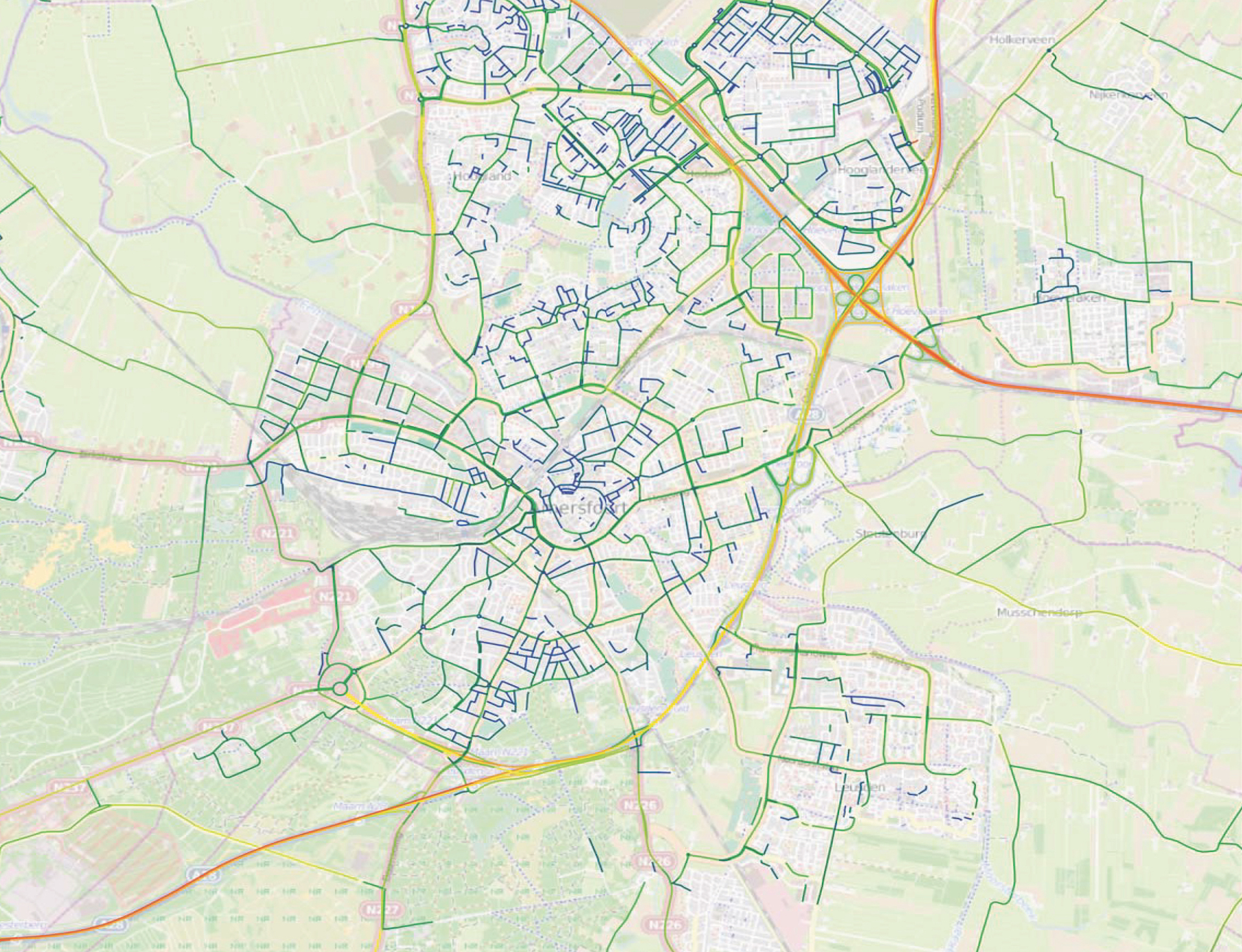 There are many applications that use maps, and more detailed the maps are, more applications can benefit from the map. Many maps are still manually created and also the underlying attributes are informed in a manual process. This thesis presents a method to automatically derive and update attribute road data by mining and analyzing movement trajectories.

The method used for this thesis implemented OpenStreetMap as the underlying map which will be updated. GPS tracks are the movement trajectories that will be used to derive the information for the road attributes. There are attributes that are already conceptually present in OpenStreetMap but are in practice rarely filled. The attributes that will be investigated to derive are: whether the road is a one or two way road, the speed limit of the road, the number of lanes of the road and which vehicles have access to the road. Also, new attributes are introduced in this thesis. These are the average speed of the road, the hours in which the road is congested, the importance of the road and whether the road has a certain geometrical error.

In the future, the attribute extraction algorithms could be improved or expanded. More detailed levels in the hierarchical code list could be added and constraints could be added to improve the attributes. Also, some techniques might be enhanced for better results. Finally, the ideal application of this method would be deriving and updating the attributes in real-time. This could lead to live maps which would change real-time with the changes on the road.