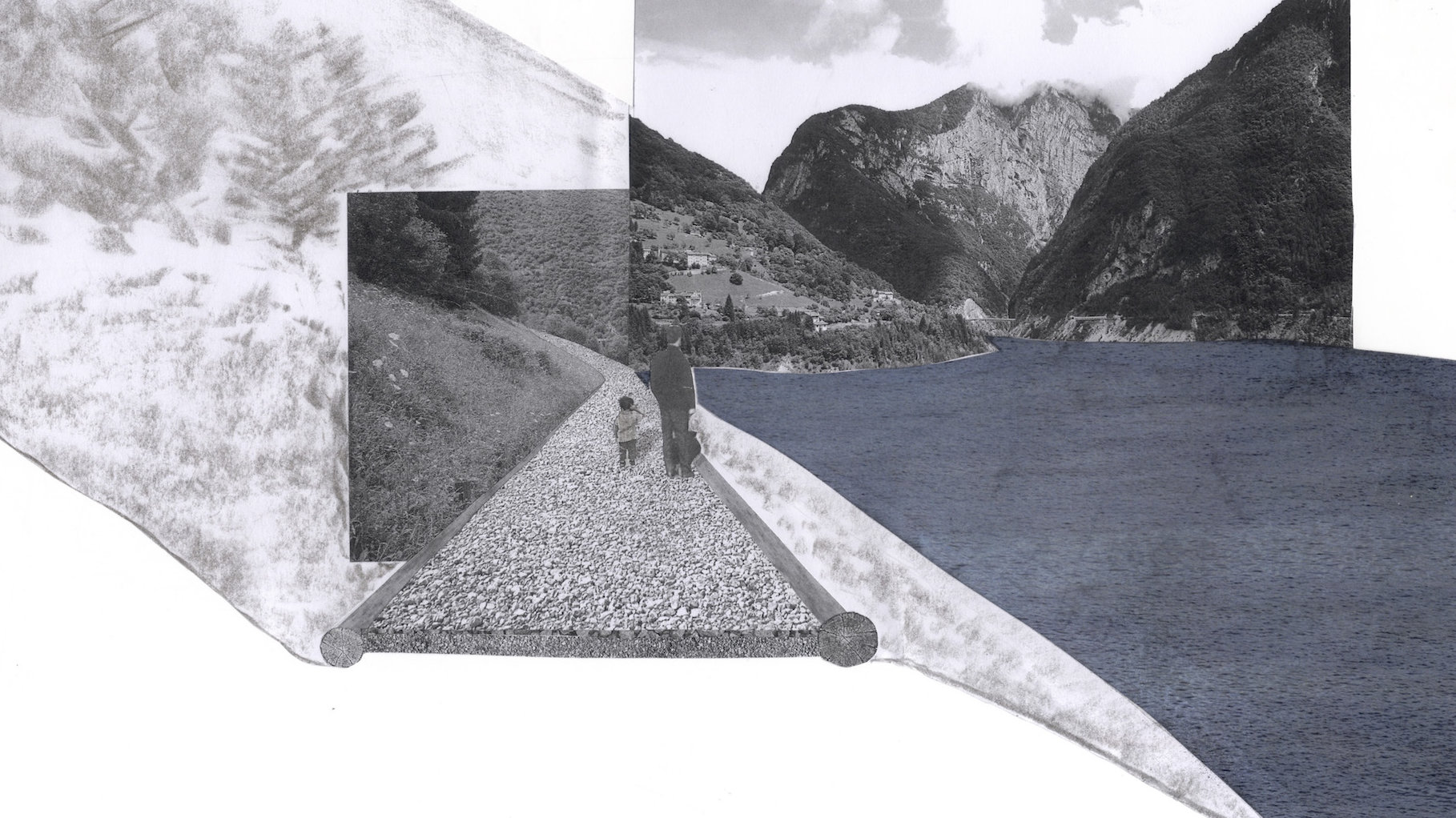 Tides without waves - The waters of the Vajont

Alpine territories have entered an unprecedented era of deep mutation since the industrial revolution. Faced with depopulation, land abandonment and the shift to new economies, distinguished by a singular topography and cultural identity, it is a new alpine culture that is taking shape. It is in need of innovative answers to its emerging problematiques.

The Valley of the Vajont, located in the Italian Carnic Prealps, stands as an emblematic case. In this location, the construction of a dam led to a landslide, causing the ‘worst case of environmental management in history’ (United Nations, 2008). Nowadays, the scattered remains of a rural valley lie around the abandoned land that was left untouched after the disaster, whilst ongoing depopulation leaves little perspective for the future of this human territory.

The project proposes to bring this territory one step forward. By bringing water back, a taboo is broken, and a lake re-appears. The water body becomes a multifunctional landscape infrastructure that reunites the whole territory and creates a fertile ground for further human existence, giving the name of the Vajont a new image in local and (inter)national culture.

The design of the lake is centred on three components. The water infrastructure addresses the fluctuating water level, its spatial and ecological implications and the relation to the regional system of water management and hydroelectric production. A system of pathways forms the connecting thread between the different highlights of the valley and brings the landscape experience down to the act of walking and cycling. Local interventions are proposed on the shoreline, of which two pilot projects are presented: a new topography around the Vajont dam and an island on the southern side of lake. The combination of these three components seeks to reveal the essence of man-made lakes and redefine our interaction with them, both as designers and users.