Shozab Mustafa did his bachelor’s in civil engineering from National University of Sciences and Technology (NUST, Pakistan) with research focused on the use of superabsorbent polymers to mitigate early age shrinkage in self-consolidating cement paste systems. He worked as a junior structural engineer after that and was involved in the design of underground storage tanks, culverts and other road side structures. In 2017, he joined TU Delft to pursue his masters and graduated cum laude with thesis titled “Analytical and Numerical Study of Arch Action in T-beam Bridges”. In 2019, he joined the section of concrete structures at TU Delft as a PhD candidate aiming to characterize the concrete-concrete interface to better understand the behaviour of composite structural members.

Shozab is currently working on the characterization of concrete-concrete interface, more specifically the concrete-SHCC interface. He aims to explain the behaviour of the interface under tensile/shear/combined loading in structural members using a combined study on the bond strength obtained from small-scale tests and the effect of shrinkage/creep/relaxation of concrete in structural members. 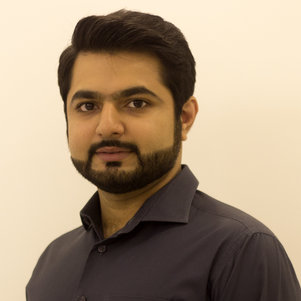