History of the Mineralogical-Geological Museum

(when part of department of GSE)

The Mineralogical-Geological Museum was located in one of the most beautiful buildings of the Technical University of Delft until 2014. The history of the museum was linked closely to the history of the academic education of the department of Applied Earth Sciences, the former department of Mining Engineering. The first teaching activities started in 1842. The then-independent Faculty of Mining Engineering moved into its own building at the Mijnbouwstraat in Delft in 1912. The Mineralogical Museum was installed in one of the wings of the building. Many citizens of Delft called the museum "the mining museum," referring to the ongoing training of the Faculty. 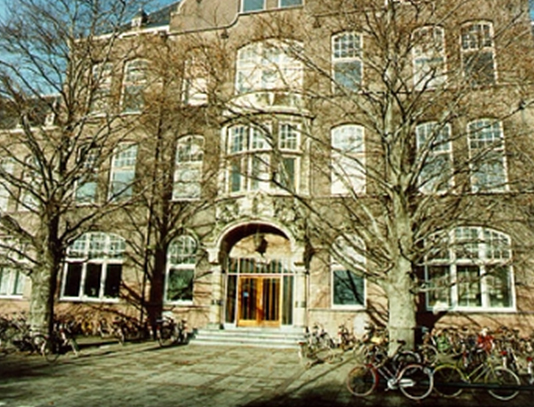 The front door of the former Institute of Mining Engineering

Students and teachers of Applied Earth Sciences used the collections for educational purposes. Students and teachers of elementary and secondary schools were welcome as well, to gather information to hear a talk about, for instance, the origin of gold, how copper is found in the subsurface, where gemstones occur in nature, about marble or meteorites, etc. Anyone fascinated by the beauty of earth’s materials and by processes occurring in and on the earth could spend wonderful hours in the museum. 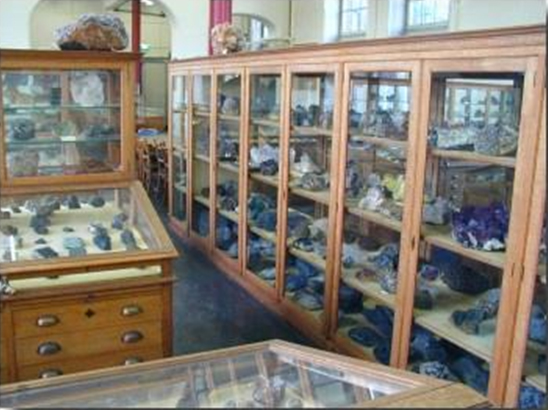 Some showcases in the museum

Mining Engineering was one of the education programs of the "Royal Academy for the education of civil engineers"; this Academy was founded in Delft in 1842. The name of the Royal Academy changed several times; from Polytechnic School to Technical High School and finally to Delft University of Technology.

Professor Bleekrode, a physician, was appointed by the Royal Academy to organize the training of Mining Engineering. He was succeeded by professor Vogelsang in 1864. Vogelsang, with personal experience in the mining industry, was the first professor with mining knowledge and experience. A proper training in Mining Engineering was established under his skillful management. Vogelsang held the opinion that a Mining Engineering training was impossible without studying minerals, rocks, fossils, ores and other geological objects. He began to collect those items and his activity lay the foundation of the museum. Staff and students collected much material during trips, internships and field work from that moment on and the collection grew steadily. Molengraaff was appointed as professor in 1905. Molengraaff led many expeditions and collected a huge amount of mineral, ore and rock samples. When the Faculty of Mining Engineering moved to the Mijnbouwstraat in 1912, the collection was so large that a three-story wing of the building was brought into use as a museum. 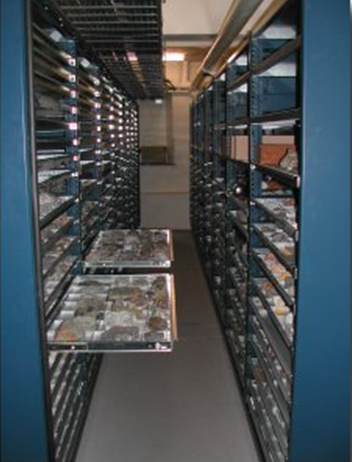 The storage room of the museum

The remaining collections, the collections with minerals, rocks or ores, were exhibited in the Mijnbouwstraat according to international classification systems and were still used for educational purposes until recently. 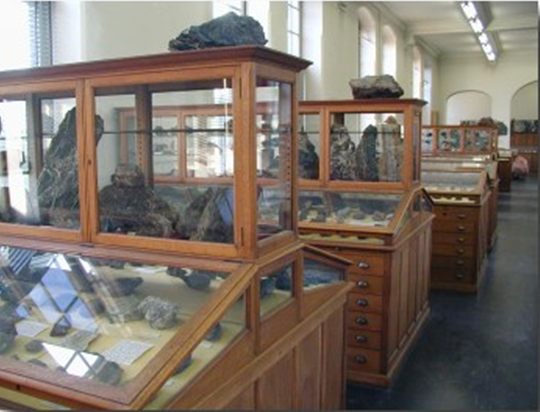 You could find unique clear quartz crystals, fist-size purple fluorite cubes, transparent gypsum crystals of almost half a meter long, and many lesser-known minerals with exuberant colors and forms in  the showcases . Rocks were telling stories of the history of the earth. Rare metallic shiny ores of silver, lead, zinc, copper, gold and many other metals, often from mines that no longer exist were displayed. You could also find a huge skull of a Triceratops (a dinosaur), an imprint of an Archaeopteryx (the first bird) and the skeleton of a Dodo, an extinct  bird exterminated by man. Scientific reference collections of minerals, ores and rocks from all over the world lay in Bthe drawers.

It was decided at the beginning of the 21st century that the former Mining Faculty, now part of the Faculty Civil Engineering and Geosciences, would leave the Mijnbouwstraat. The relocation took place In 2007. The museum collection could not be housed In the new building and was left behind in the building on the Mijnbouwstraat. The physical split between department and collection and additional financial problems made proper  management  difficult. It was decided in 2013 that the last part of the collection would be given to the National Museum of Natural History, Naturalis, in Leiden. It was moved in 2014. The collection, representing a high scientific value, and for 150 years serving education in the Geosciences, came to an end.