I am a geologist specialised in field structural geology – sedimentology (principally on carbonate rocks) and in 3D modelling / geostatistics.

I obtained my PhD in geology in 2013 in Aix-Marseille University (France). My research project was a multidisciplinary and multiscale geological study of an aquifer nested in Lower Cretaceous hemiplegic limestone in the SE of France. The scientific question was to understand the origin and the degree of heterogeneity within tight carbonate rocks as an aid to describe groundwater movements under nuclear research power plants to prevent and trace potential pollution.

Since 2013, I was recruited by the Northern territory Geological Survey to investigate the potential of the greater McArthur Basin to host unconventional hydrocarbon resources. My role in this government organization was to synthesize and acquire new data to complete 3D regional models of targeted intervals within the basin. The obtained results provide an accurate framework to generate probabilistic models of facies and petroleum criterion using geostatistics. The 3D models were oriented to exploration and assessed to determine sweet spots in collaboration with other team members (mainly geochemists). I have also worked there on the characterisation of brittle deformation of the studied rocks in the field.

In late 2016, I joined the Civil Engineering and Geoscience group of TU Delft to work with fracture network in carbonate reservoirs (Supervisor: Giovanni Bertotti). My project is currently attached to characterise fracture pattern in folded zones in Croatia and in France and to establish a series of structural and mechanical rules helping to define the fracture network geometry and its efficiency. These rules are used to constrain subsurface flow or mechanical models and to make quantitative and qualitative flow- and storage-efficient fractures predictions. 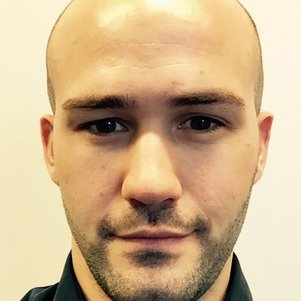 Finding fractures in the Outback