I am assistant professor of seismo-acoustics in the Applied Geophysics & Petrophysics section at Delft University of Technology. The mission of our research group is to conduct fundamental seismic, electromagnetical, and petrophysical research. Applications include imaging, characterization and monitoring for resource-exploration (hydrocarbons, geothermal, etc.), as well as imaging of the Earth's deeper interior. My position is funded by the Royal Netherlands Meteorological Institute (KNMI), which implies that I work in close collaboration with their seismology division.

My own research evolves around (but is not limited to) seismic interferometry: using cross-correlations and/or deconvolutions of existing signals to reconstruct new suburface or atmospheric responses. The existing signals can be either active, i.e., man-made sources, or passive, e.g., seismic energy due to oceanic waves coupling into the solid Earth or the atmosphere. The newly generated responses may serve as input to tomographic inverse problems or can be used to estimate structural changes of the medium. In the past, I have been focusing on the amplitudes of the reconstructed responses; especially on the potential of these responses to infer a medium's dissipative and/or scattering properties. Most of this research was conducted during my Ph.D. and resulted in a number of publications.

My current research involves (i) the application of existing interferometric techniques to learn about the Earth's properties (ii) and the development of improved methodologies. Interferometric techniques can be applied on many scales (from imaging rift zones to the behavior of rocks in a labarotory) and to various media (solid Earth, oceans, and atmosphere). For the development of improved methodologies, I recently focused on a technique called interferometry by multidimensional deconvolution, which allows the reconstruction of more accurate responses.

Supported by the European Union-funded initial training network (QUEST), I have obtained my Ph.D. at the Swiss Federal Institute of Technology (ETH) in Zurich, Switzerland. During that period I have been collaborating with Spectraseis (Brad Artman & Alexander Goertz), the Institut des Sciences de la Terre de Paris (ISTep) (Lapo Boschi) and the Center for Wave Phenomena (CWP) at the Colorado School of Mines (Roel Snieder). After obtaining my PhD, and prior to my current position, I worked as a postdoctoral researcher at Delft University of Technology. During this period I continued working on interferometric imaging in close collaboration with Kees Wapenaar and members of his group. A list of publications and additional information can be found on my personal website: http://www.kweemstra.com 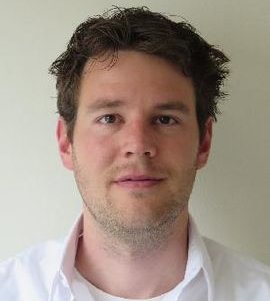