Phil is an Associate Professor in the Section of Geo-Engineering. He leads the department theme in Geothermal Science and Engineering. His research is into complex coupled processes in the geotechnical arena. He focuses on the impacts on soils / geomaterials of various processes including heat, moisture and contaminant movement, including practical applications such as geothermal energy, slope stability and radioactive waste disposal. He teaches on the undergraduate Soil Mechanics course (CTB2310) and the postgraduate Numerical Modelling in Geo-Engineering course (CIE4366).  He is always looking for high quality PhD students or collaborators to work with him on current or new research projects.

Phil's research interests lie in the computational modelling of complex coupled mechanistic processes in geomaterials. He has worked on a number of practical applications, geo-energy, slope stability under varying environmental conditions, radioactive waste disposal and sustainability. For example his research work includes numerical simulation of the performance of a Prototype Nuclear Waste Repository which uses a multi-level barrier system, including materials with complex behaviour, such as bentonitic clays. He is interested in the uncertainties and heterogeneity exhibited by geomaterials and how this effects behaviour and the collection/analysis of data.

Past research projects include:

Philip graduated in 2005 with a First Class (Hons) MEng degree in Civil Engineering from Cardiff University and was awarded the Lloyds Shipping Register Prize for Structural Engineering.  Phil then spent time working with contractor Costain Ltd. working on water treatment projects for Thames Water and then within the Water Group of Arup (consulting engineers).  He then returned to Cardiff University and joined the Geoenvironmental Research Centre in January 2006 to study for a PhD in Geoenvironmental Engineering which he completed in July 2009. As part of his PhD studies, Phil travelled to Mississippi State University to work in collaboration with experts in their High Performance Computing Collaboratory (HPC²). Phil then went on to become the UNESCO Research Fellow in the Geoenvironmental Research Centre continuing to work on coupled processes in geomaterials including radioactive waste disposal and geo-energy.

In January 2012 Phil moved to TU Delft to take up the position of Assistant Professor in Soil Mechanics in the Geo-Engineering section in the Department of Geoscience and Engineering in the Civil Engineering and Geosciences faculty. He was subsequently tenured in 2016 and promoted to Associate Professor in 2018. He continues to build his research portfolio in geothermal energy and numerical simulation of coupled processes, with a focus on uncertainty reduction. 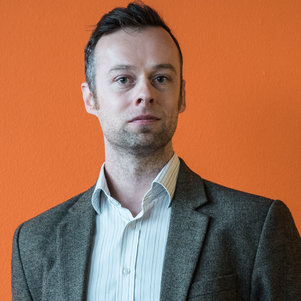