Land-atmosphere interaction is an attractive component of atmospheric research that is relevant for a better understanding of our weather and climate, and which links our research on clouds, precipitation and boundary layer processes. Cloud formation, for example, is driven by moisture and heat fluxes from the surface. The partitioning of those fluxes strongly depends on how much moisture the soil contains, which in turn depends on the history of precipitation. It also depends on the type of soil, on vegetation and its roots, and on human intervention, such as local groundwater management.

Temperatures are also strongly influenced by local land properties. It is well-known that in summer, nighttime temperatures in cities largely exceeds those in the green nearby country-side. This is the result of the enhanced heat storage in the built environment during the day, which is then released during the night. Such effects may be important for human health, because high temperatures at night may lead to hart failure, particularly for elderly people. During the day, the green country-side is also cooler, as a result of more evaporation. 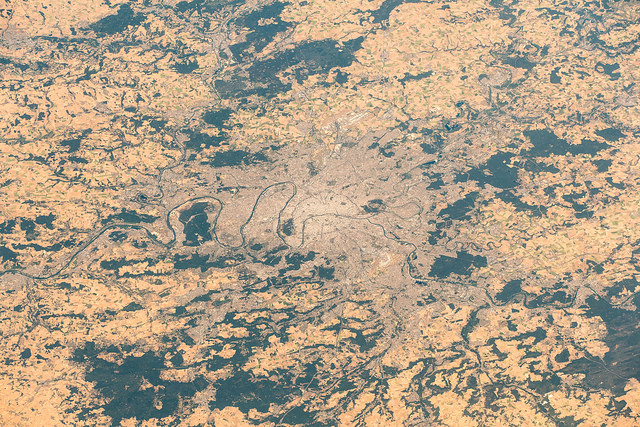 A very dry Paris viewed from space in August 2018, a summer with very little rain throughout Europe. Photograph taken by Alexander Gerst.