Ramon Hanssen is Antoni van Leeuwenhoek professor in Geodesy and Satellite Earth Observation. He studied aerospace engineering and geodetic engineering at Delft University of Technology (M.Sc. 1993). In 1994, he worked as a researcher on potential field data inversion at the International Institute for Aerospace Surveys and Earth Sciences (ITC). In 1995, he returned to TU Delft to start his PhD research on the geodetic analysis of repeat-pass spaceborne radar interferometry, with emphasis on error propagation. During this research, he worked as a visiting scholar at Stuttgart University (1996), at the German Aerospace Center (DLR, 1997) and at Stanford University (1997-1998) on a Fulbright research fellowship. In 2001 he received the PhD degree (cum laude). At present, he is working in the field of radar remote sensing, geodesy and geostatistics at the Faculty of Civil Engineering and Geosciences.

He received a Fulbright Fellowship in 1997, the Innovational Research Award (Vernieuwingsimpuls) from the Netherlands Organisation for Scientific Research (NWO) and the Bomford Prize of the International Association of Geodesy in 2003. In 2007 he was a visiting scholar at the Nordic Volcanological Institute of the University of Iceland. In 2008 he was awarded the Antoni van Leeuwenhoek chair of Delft University of Technology. In 2007 and 2008 he received the SBIR award from the Dutch Ministry of Economic Affairs for founding a TU Delft spin-off company for radar remote sensing and monitoring of water defence works, now known as SkyGeo.

Hanssen’s current research interests include  the geodetic analysis of imaging remote sensing data, the influence of the atmosphere on space-geodetic techniques, and the mathematical modeling and physical interpretation of deformation processes. In 2001, he published a text book on Satellite Radar Interferometry, which is well recognized in the scientific community.

An overview of my publications can be found here, or via  Pure, Google Scholar or ISI publications

If you are considering doing a BSc, MSc or PhD (thesis) project with prof. Hanssen, click here to retrieve more information on past, current, and future potential projects.

He lectured courses for the European Space Agency (ESA) on radar in Hanoi (Vietnam), Prague, (Czech Republic), Alpbach (Austria), Buenos Aires (Argentina), Krakow (Poland),  Lima (Peru), Valencia (Spain), Bucharest (Rumania).
For the IAG he taught at the International Centre for Theoretical Physics, Trieste, and lectured in Kyoto University, Middle East Technical University in Ankara, Sultan Qabooz University in Muscat (Oman), University of Miami, Tel Aviv, the Chinese Academy of Sciences, Beijing, University of Porto, and the University of Wuhan.
He lectured tutorials at the IEEE International Geoscience and Remote Sensing conference in Seoul, Korea.
Other key lectures include the ‘Huygens lecture’, 2014, the Hague, the ‘Baarda lecture’, 2014, Den Bosch; the Lely-lecture, 2007, Lelystad, and the  Diligentia lecture, 2010, the Hague 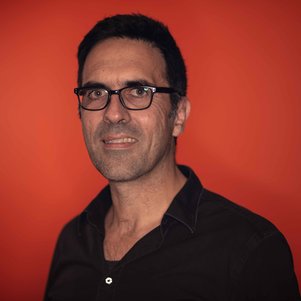