Judith Bosboom holds an MSc and PhD degree from Delft University of Technology in the field of coastal and hydraulic engineering and sciences. She has been professionally active in research, advise and teaching since 1995. Initially, she combined her academic research on nearshore hydrodynamics and sediment transport with advisory projects at the Netherlands based, not-for-profit institute Delft Hydraulics (presently Deltares). In 2000, she decided to broaden her horizon and successfully continued her career as a management consultant and project manager. In this capacity, she—among other things—developed and delivered corporate training and coaching programs.

In 2007, Judith accepted an invitation—by the Department of Hydraulic Engineering of the Faculty of Civil Engineering and Geosciences of Delft University of Technology—to return to her earlier academic career. She was invited to redesign and update the three existing coastal MSc courses of in total 11 European credits. She transformed and extended the original course material, resulting into two new, highly central courses, viz. Coastal Dynamics I and Coastal Dynamics II. While responsible for both courses, she especially developed innovative teaching and examination methods for Coastal Dynamics I.

While working at the Department of Hydraulic Engineering, Judith pursued a professional education in photography. In 2010, she obtained a BSc level degree from the Photo Academy in Amsterdam, with a specialization in architectural photography. A year after, in order to comply with the academic mores, Judith decided to complete a PhD study, tackling an issue that has intrigued her since her work at Delft Hydraulics in the nineties, viz. the quantification of the quality of coastal morphological predictions of numerical models simulating field observations or laboratory experiments. She defended successfully on January 16, 2020.

Presently, alongside further developing her research interests, Judith is investing in making the Coastal Dynamics lecture notes “open access” as a service to the national and international student communities. 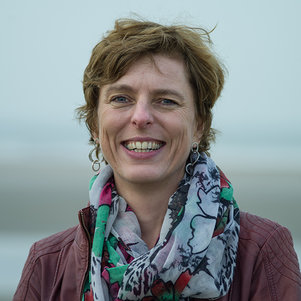