Said is a PhD Candidate doing his research in hydraulic engineering at TU Delft. He is investigating the interaction between sand and the turbidity current generated during breaching flow slides. As a means to achieve the goal of his research, he is conducting large-scale experiments in the water lab of Delft University of Technology.

He finished his master's degree in the Coastal and Marine Engineering and Management (CoMEM) program at TU Delft, carried out jointly with the Norwegian University of Science and Technology (NTNU).

A flow slide occurs when a large, subaqueous soil mass is destabilized and accelerates down slope, then eventually redeposits as a milder slope. This phenomenon poses severe risk for subaqueous structures and flood defenses along coastlines and riverbanks, which is able to undermine an entire hydraulic structure, resulting in significant unwanted consequences.

Breaching is a gradual, retrogressive failure of a steep subaqueous slope, greater than the angle of repose. This type of failure usually takes place in densely-packed sand due to its dilative behaviour under shear. Breaching flow slides are accompanied by the generation of turbidity currents. This current is driven by excess density versus the ambient fluid; it may increase erosion of the sand surface, picking up more sediment into suspension, thereby increasing speed and erosion potential.

The aim of Said’s research is to understand the interaction between the breaching-generated turbidity currents and the slope surface. Therefore, laboratory experiments are being conducted in the water lab of Delft University of Technology. 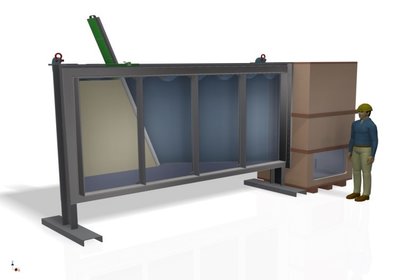 3D diagram of the experimental setup

Teaching assistant for the course of Open Channel Flow. 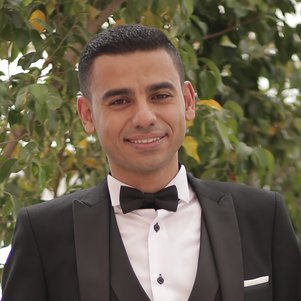