I work part-time at Delft University and at Deltares, specialising in morphodynamics and fine sediment dynamics in fluvial, estuarine, deltaic, and marine environments. I have been involved in research and consultancy projects within the Netherlands and abroad, particularly in Asia (Indonesia, Vietnam, China, Singapore, and Iraq) . I have a background in Physical Geography of Utrecht University, and graduated in fluvial and marine morphodynamics. My PhD research on delta morphodynamics was also done at the Faculty of Physical Geography, analysing waves, tides, and sediment transport by combining field surveys carried out in the Red River Delta in Vietnam (ADCP, echo sounding, CTD, tripods) with numerical modelling (mostly Delft3D). This was followed by a postdoc position at Delft University on modelling of the Yellow and Yangtze River in China. After one year full-time deployment at Delft University, I started working part-time at Delft Hydraulics (Deltares since 1-1-2008) as well. As part of the mud group at Deltares, I am involved in numerous national and international mud-related studies, ranging from rapid assessments to long-term research-oriented work. I have particularly worked on large-scale mud transport in estuarine environments and on harbour siltation studies. 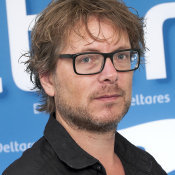