Reducing congestion in urban traffic is one of the main goals of current research. This study, as part of a larger project which involves three universities in the Netherlands called U-SMILE, tries to investigate the effect of smart inventives (think of hybrid pricing for rerouting or changed departure times of people) by implementing this in a network scale traffic flow model. This Network Transmission Model (NTM), where we aggregate traffic into so called zones, is largely based on the Macroscopic Fundamental Diagram (MFD). The MFD links production to accumulation within a zone, and a major part consists of determining 1) what are necessary and sufficient conditions for a zone to have a MFD? and 2) how does the MFD changes for different (types of) zones? We will use test cases for Amsterdam Zuid and Amsterdam Arena to use our model on.

Much is yet to be validated for the NTM, and a challenge lies in the validation of this model. We will use both macroscopic/microscopic traffic models as wel as data (both provided by DiTTLab[1]) to compare and validated our model with. Another challenge lies in the definition of the zones; if they are too small, it may not be allowed to feed them with a MFD; if they are too large, the model’s accuracy may become too low to say anything relevant. Computational efficienty also plays a role, as another challenge lies in making this model able to run real time and provide control options (traffic signals, rerouting) on-the-go. Finally we will incorporate parking in this model, which is a fairly undeveloped part of traffic flow modelling.

Within the next 20 – 30 years, many major maintenance plans are to be carried out in Amsterdam and its surroundings. These maintenances will lead to even more traffic delays not only on motorways but also in urban areas. A main goal in this project is to make this model able to deliver alternatives to the obstructed roads as well as making people willing to take those. For that last part the other universities (VU Amsterdam, RUG Groningen) will be the main player; the first goal mentioned is to be tackled by the TU Delft and this PhD. 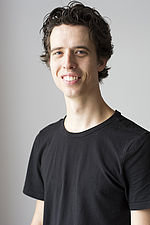