Earth observation is experiencing a golden age: satellites are providing us with an unprecedented wealth of data. Climate researcher Stef Lhermitte is making good use of this, because however effective our models may be, they still contain plenty of uncertainties.

The most recent report by the International Panel on Climate Change (IPCC) predicted an average rise in sea level of 20 cm by 2050, but there is a lot of uncertainty in the figures, especially for the predictions towards the end of the century. One of the causes of this uncertainty is the fact that we do not yet know enough about the influence that the ice caps in Antarctica and Greenland will have on rising sea levels. “You might say they are sleeping giants”, says Stef Lhermitte. “Currently, the question is to what extent and how quickly they will affect rising sea levels under the influence of climate change. At the moment, the effect varies according to the model you use. With my research, I’m attempting to introduce more clarity.”

Ice shelves, the part of the ice caps that protrude into the ocean, have an important role to play in this. “In itself, an ice shelf has no direct influence on the sea level, because it floats on top of it. The influence is indirect, because ice shelves keep the ice caps in place, so to speak, thereby delaying rises in sea level”, says Lhermitte. “What we do know is that these ice shelves can disintegrate quickly, sometimes even in the space of several weeks. We’ve seen several examples of this in recent years on the Antarctic Peninsula. Small-scale processes are an important factor in this and can potentially have major consequences. However, they currently feature in our models in such a simple way that we can’t make good predictions for them. By using satellite images, I’m attempting to understand how these small-scale processes interact with each other.”

Among other things, Lhermitte examines snow processes. “When snow melts, the ice underneath it, or even the land mass itself, is revealed. This is darker and reflects less sunlight than fresh snow, making the snow melt even faster, a self-reinforcing effect.” Shrinking snow cover is also less able to absorb meltwater from the ice shelves. “Snow works like a sponge, absorbing meltwater so that it doesn’t yet flow into the sea.” As the snow becomes more saturated, puddles form on and under the ice, which threaten the stability of the ice shelf. 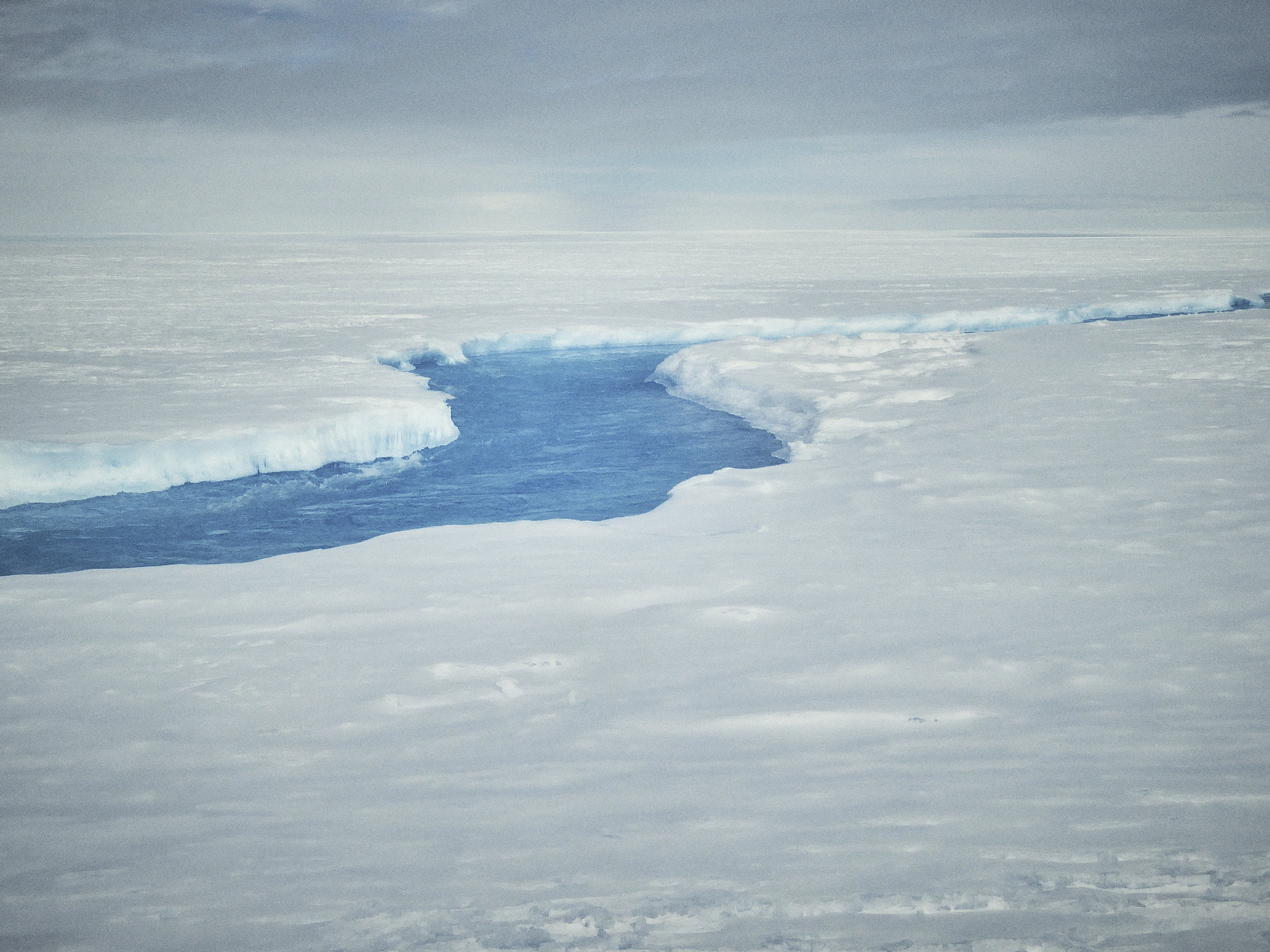 The good news is that mapping all of this can be done increasingly effectively thanks to remote sensing. “The technology has changed so much in recent years. There are more satellites and therefore more different sources of data, which are also much more reliable. Progress has been huge and all kinds of new opportunities have opened up.” This also brings new challenges with it. “In my view, the greatest challenge is to process all of these data sources and translate this deluge of big data into meaningful information”, says Lhermitte. “The question is whether you can see more with two or more datasets combined than by looking at them individually, in other words whether the whole is greater than the sum of its parts. Fortunately, new platforms are also emerging to process all of this data – I’m currently investigating how we can put them to good use.”

This is all a world away from how his career started. “In the old days, you could only download one image at a time and there was a lot of messing around with hard disks. You now have satellite data archives that can be accessed in the Cloud”, explains Lhermitte, who first encountered remote sensing when graduating as a bioengineer. “My thesis was about sugar cane in Cuba, which involved observing biological processes using satellites. My thesis supervisor then asked me to do doctoral research into forest fires in Africa. I was fascinated by the subject and my doctorate itself was actually more of a side issue for me.” Towards the end of his PhD trajectory, he wished to go abroad again, and for a while it looked like he would not continue his career in science, but his appointment at the Center for Advanced Research in Arid Zones (CEAZA) in Chile changed his mind.

At CEAZA, he was the only satellite expert in a multidisciplinary team. “I was working with oceanographers, biologists and glaciologists, who all wanted something different: to look at ocean currents or plant growth or snowfall in the mountains. It was my job to provide the satellite images. It taught me to look at things from a broad perspective”, he says. “I enjoyed finding the different keys to decode that information. One satellite can see the atmosphere, another sees the land, one sees more details and the other delivers more frequent images. It’s what we call multi-source sensing.”

He is still working with multi-source sensing to this day, but it could all have been very different. “There was no deliberate plan behind my career. In science, you have to work hard, but you also have to be lucky enough to have the pieces fall into place at the right time. That’s what happened for me.” He is specifically referring to two trips to Antarctica he made in recent years. “It was like a dream come true – very few people have that opportunity. It’s a wonderful piece of nature, endlessly white and huge. It was a very rich experience”, Lhermitte remises.

“Antarctica is huge and difficult to access. So we know a lot, but there is still a lot we don’t know. It is only thanks to our satellite images that we’re gaining a better understanding of the continent, which is why they are so important.” But satellite observations need to be calibrated and to do that you have to travel to the area itself. “You have to know for certain that what you can see from space is accurate. We therefore took samples to measure the properties of snow, such as grain size. We also travelled around with a radar sleigh to look underneath the snow. That was actually very monotonous. I had to travel to and fro endlessly at a speed of less than 10 km/h because that’s the only way to get accurate readings.” 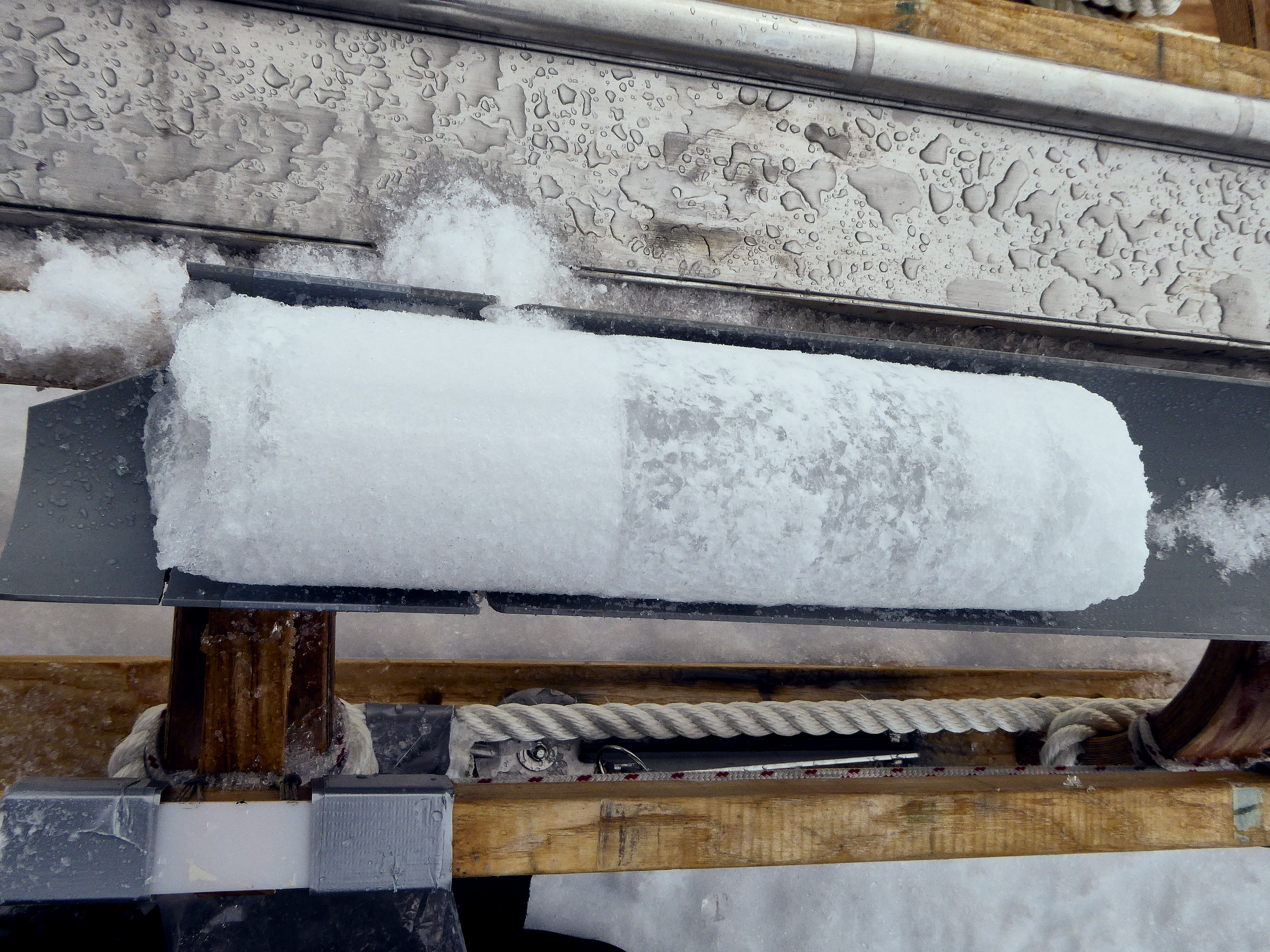 The other expeditions were far from boring. “We went to places that no one has ever been before, and saw things that we never knew existed. For example, we discovered an underground network of meltwater rivers. That was quite an eye-opener for many people and shows how little we actually know about Antarctica. We probably know more about the moon”, says Lhermitte. But even here, everything needed to fall into place. “I’d seen on my satellite images that there had to be water there, but for two long weeks we found nothing. Then we inserted a GoPro into a borehole and suddenly saw water. We’d been walking over it for days. Of course, this is what makes this such an interesting part of the research – a mixture of science and expeditions.”

In the meantime, Lhermitte is back at his desk studying and interpreting satellite images, something he really enjoys. It also earns him plenty of media coverage. “If anything intrigues me, I find the satellite images and post an animation on Twitter”, says Lhermitte. Often his aim is to share his observation within the scientific community, but sometimes these tweets can take on a life of their own. “If an iceberg calves, it always attracts huge media attention, even though it’s not necessarily a problem. An iceberg is like a fingernail; it grows at one end and you cut it off at the other”, he says. “If the press call, I always try to provide some context, but there’s plenty of other media that just seize on that kind of thing without context and use it as clickbait.” This will not stop him from sharing his findings. “My role on social media is driven by curiosity. If something happens tomorrow in the ocean, it’s highly likely that I’ll be the first one to see if there are any images of it and to share them.”

Lhermitte believes it is important for a scientist to not lose the common touch. “It may not suit every scientist and that’s no problem – someone like Einstein probably contributed more to science from his study than on the lecture circuit”, he says. As for Lhermitte, he meets the whole spectrum of society: from primary school children right through to pensioners. “I tell them how climate change works and what my niche in the research involves.”

This gives him an idea of what people know and what questions they have, even though they can be quite clichéd. “When I tell people I’ve been to Antarctica, they want to know three things. Was it cold? Did you see any penguins? And did you see any polar bears? That last question is already misguided, because polar bears live at the North Pole. General knowledge about the Poles is quite limited, but that’s hardly surprising.”

Knowledge of climate change can also be somewhat lacking. “What strikes me about the climate debate is that there is a lot of deliberate disinformation”, says Lhermitte. To bring more clarity to the public debate, TU Delft published its vision of climate change in 2019, Climate Action. “I think that we’re the first university to have taken a position in this way. In the Dutch university landscape, it’s quite extraordinary. It goes beyond the opinion of an individual scientist – it’s a confirmation of what all of us know together. It’s actually a shame that it’s necessary, but I’m proud that TU Delft has done it.” 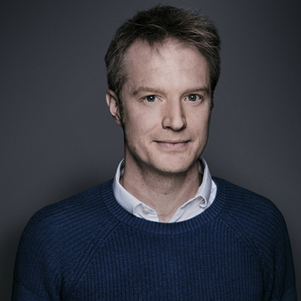