Herman Russchenberg is engaged in intensive and extensive research into the causes of climate change. His own research involves investigating the role played by clouds and dust particles in the atmosphere, but he is also head of the TU Delft Climate Institute, established in March 2012 to bring together TU Delft researchers working on all aspects of climate and climate change. Russchenberg started out in the faculty of Electrical Engineering, conducting research into the influence of the atmosphere (rain, clouds) on satellite signals. After obtaining his PhD in 1992, he shifted his attention to the physics of water vapour, water droplets, dust particles, sunlight, radiation and emissions in the atmosphere. He is now based in the faculty of Civil Engineering and Geosciences.

‘It is impossible to overstate it: climate change is one of the greatest challenges facing humanity,’ stresses Russchenberg. ‘It's an ongoing process. At the same time, the world population is growing rapidly and urbanisation is increasing fast. These three factors are strongly interrelated and their repercussions in terms of our energy and food requirements are far-reaching. This is why we need to have a good understanding of what we can expect in the future. Will the average temperature rise by two or four degrees? Just a few degrees can make an unbelievable difference. We need to reduce the uncertainties of the future and eliminate errors in our predictions by conducting effective empirical research and developing reliable models.’

Russchenberg believes that far too little is known about the crucial role played by clouds in the climate change process. Clouds reflect sunlight at the top and retain heat underneath. The professor believes that there is still insufficient knowledge about the interaction of radiation: solar radiation towards the Earth and heat radiation from the Earth. The same is true of the role played by dust particles or aerosols in the air. What effect do dust particles have on the formation of water droplets in clouds, which could make it more likely to rain? And what contribution is industrialisation making to the increase in dust in the air, increased emissions of chemical pollution or greenhouse gases? Does an increase in temperature lead to more or fewer clouds and will this result in reduced or greater global warming?

Hard data is required in order to answer these questions. Therefore measurements need to be taken, which is why Russchenberg is continually working to improve measurement instruments. They are based on radar (reflecting radio waves) and lidar (light/laser pulses). The flow of data that all the signals between the Earth and satellites provide may be enormous, but it remains a complicated process determining exactly where the concentrations of dust particles or greenhouse gases are located (horizontally and vertically). ‘Of course, clouds are in a continuous state of flux. Satellites with an orbit close to the Earth can only measure the cloud a few times a day. To solve that problem, you can try to continue to monitor that particular area using a geostationary satellite, but these kinds of satellites are more distant from the Earth and therefore less accurate,’ explains Russchenberg.

Because ‘climate’ is a worldwide phenomenon, a global measurement network is needed, with equipment and sensors spread evenly geographically. Although this may be possible to achieve on land, installing that kind of measurement infrastructure on the oceans is ‘insanely difficult’.

Russchenberg started his career at TU Delft, in Electrical Engineering, conducting measurements (on the roof of the building) in a study of the influence the atmosphere has on the quality of satellite signals. It was inspired by a practical need: telecom companies wanted to know how often radio signals from satellites fail because of heavy rain showers or dense cloud cover. This sparked his interest in the subject further, towards the ‘pure physics’ of processes in the atmosphere. In 2012, Russchenberg moved from the faculty of Electrical Engineering, Mathematics and Computer Sciences to the other side: Civil Engineering and Geosciences.

‘This is a good place for cooperation and connecting. Geosciences are becoming increasingly important, even for civil engineers. For example, think about the extreme rainfall caused by climate change. Increasing urbanisation results in much larger areas of paved surfaces that cannot absorb the rainwater. It therefore needs to be collected and diverted.’ In other words, this is an area that architects, urban designers and spatial planners also have to deal with, and so Russchenberg is also engaging in contacts with the Architecture faculty. He is also, of course, making connections closer to home with the hydraulic engineers who are working on rising sea levels, coastal protection or limiting flood damage.

The changing climate has an impact in terms of social policy, hence the link with the TPM faculty. ‘Engineers would prefer to solve a problem technically as soon as possible, but that may not always be the best solution from a social perspective. The plan for underground CO2 storage in Barendrecht is a good example. The social aspect featured prominently in that. People did not want it, just as they often do not want to have wind turbines in their backyard. It is therefore important to ensure you take account of the necessary policy instruments.’

Russchenberg accepts that discussions will often become irrational and emotional. Of course he is following the public debate on climate change, but he has so far refrained from any direct involvement. The polarised debate is simply an exchange of opinions. Russchenberg believes that those who think climate change is an invention and call themselves sceptics are actually misguided. ‘It is the scientists who are the real natural sceptics. We do not deny the uncertainties. Quite the contrary, we simply love uncertainties because they create the questions for our research!’

Inspiring questions are what Russchenberg needs, as the Director of the Climate Institute, to bring together the researchers at TU Delft and ultimately develop new scientific knowledge. By establishing the connections between climate-related projects, he hopes to expand the institute still further. Ultimately, it aims to distinguish itself from other universities' research groups in the same field thanks to the ‘Delft’ hallmark of rigour. In other words: ‘what we say is based on figures and measurements. It is therefore correct.’ 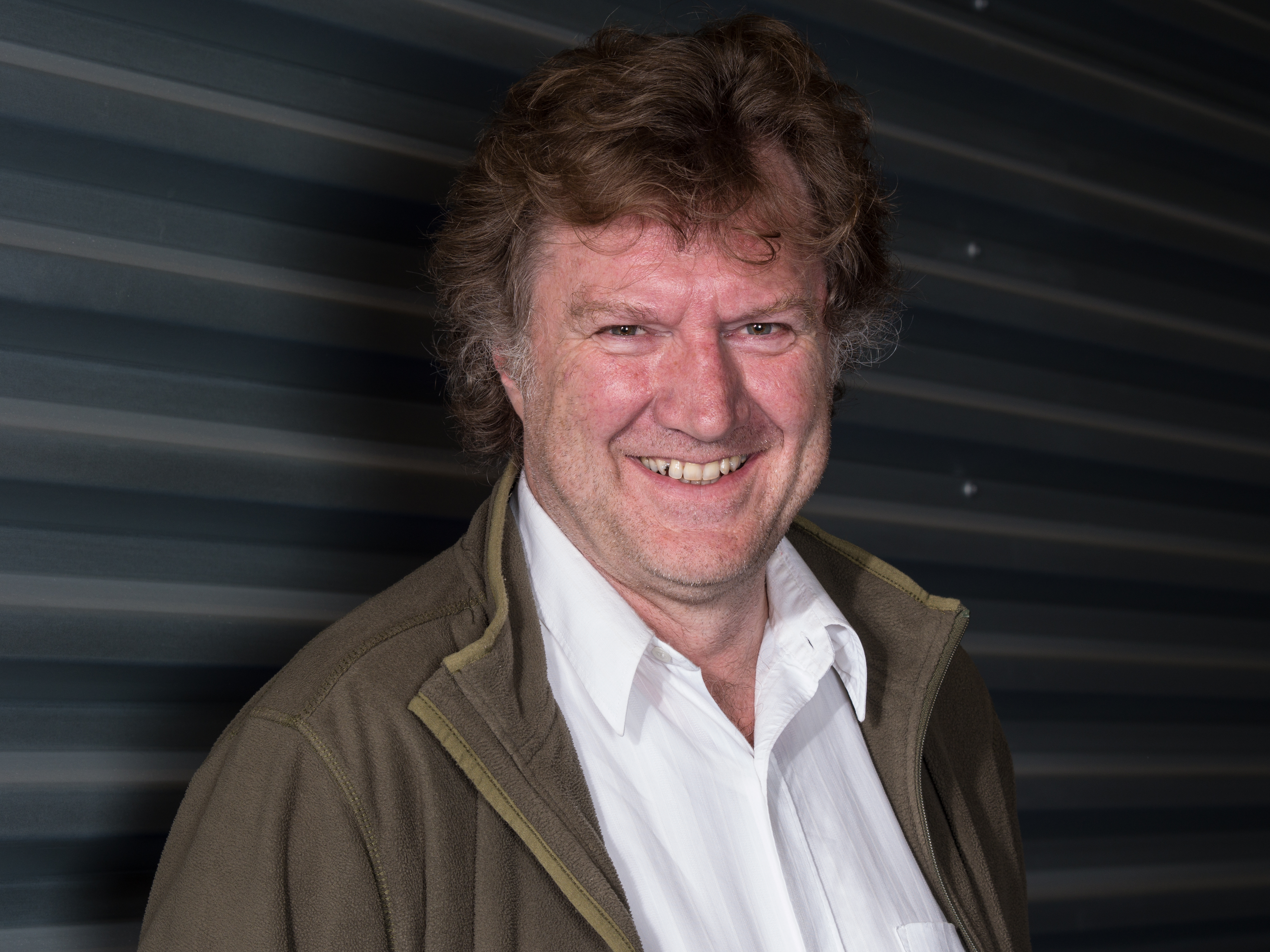