PhD students Alexandra Gavriilidou and Marie-Jette Wierbos have just finished an intensive cycling experiment. The checklist: 1000 metres of tape, 200 caps, 8 tracking cameras and 1 hall in Ahoy Rotterdam. Scientists have long shied away from predicting cycling behaviour but now TU Delft is gearing up to change all that.

‘Once in a PhD time’

Cyclists are an unpredictable lot. They risk their necks beating a red light, navigate a crossing three abreast and still manage to survive. ‘Cyclists are very agile and fast unlike other road users. Car drivers have to abide by a multitude of rules while pedestrians are moving on a much smaller scale.’
Gavriilidou and Wierbos have just taken the first step: the collection of data, a lot of data, because so far there has been none. In the course of the experiment 200 participants cycled around a track in Ahoy. According to Wierbos it was a ‘once in a PhD time’ event. ‘We gathered a huge amount of data using the automatic tracking cameras, enough to build a model for bike traffic.’

Both students are doing their PhDs within the Allegro project, which is aimed at the study of slow modes. ‘That means pedestrians and cyclists, but we think the term ‘active modes’ is a better term. It emphasises the fact that both cycling and walking involve activity, it’s you who is doing the moving,’ Wierbos says. Her part of the research involves the behaviour of large numbers of cyclists, for instance by studying how bike jams occur. ‘Individual decisions influence bike traffic flow and vice versa.’

Gavriilidou focuses on the individual behaviour of cyclists. When do they brake or accelerate and how do cyclists react to their fellow cyclists?
‘Car drivers usually stick to the rules and will stop for traffic coming from the right. Cyclists tend to just keep going.’

Every individual cyclist displays different behaviour and to keep track of who did what each participant was given a cap with a unique barcode. Gavriilidou: ‘We developed software which can detect the caps of each individual participants on the video images. That enables us to derive the path followed by each cyclist. This path, or trajectory, can then be linked to data such as age, gender and bike type.

Despite six months of preparation for the experiment, not everything went as planned. ‘A bottleneck created by placing two big mattresses on either side of the track was meant to cause a bike jam.’ It didn’t quite work out that way. Ahoy is a large hall and the cyclists could see it coming and anticipated by slowing down well in advance. ‘It’s an experiment, so not the same as studying the real thing, ’ Wierbos said. ‘But the great advantage of this environment was that we could confront the cyclists with different situations, something that would be impossible in real life.’

Gavriilidou, who previously studied cycling behaviour in practice, found that cyclists tend to take up quite a lot of room as they wait for the lights to change. When putting a foot on the pavement for support they tend to leave open a relatively large amount of space. ‘Earlier research I did showed that it would be much better to stand closer together because more cyclists can catch the green light. That would speed up the flow,’ Wierbos adds. ‘These are the type of observations that can improve existing situations. How, for instance, could you convince cyclists that it would be in their benefit too if they moved a bit closer to each other when waiting for the lights to change?’

The models that are being developed can improve existing cycle paths in the Netherlands and help planners design new ones. It could be that cycle paths would benefit from having a slow and a fast lane. In Greece, where Gavriilidou grew up, the effects could be greater still. ‘There are no bike paths in Greece. I used to cycle to university among the motor bikes and cars. It’s a miracle I never had an accident!’ Should the Greek authorities decide to create a network of cycle paths, the model would enable them to determine the width of a cycle path based on the number of users, for instance, or what the curve radius should be. And in future the model could help to make real-time predictions about bike traffic flow. In that way it would be possible to pinpoint exactly where it is going to get busy. 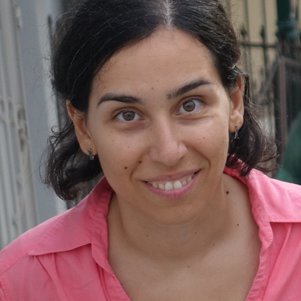 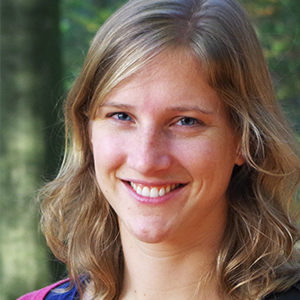 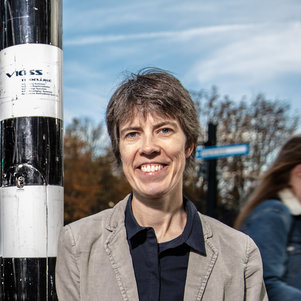