Rivers take vital water to villages and cities, but unfortunately they also carry harmful plastic to oceans. Where does the plastic come from, and how it is distributed over time and space? Marlein Geraeds, master student in Hydraulic Engineering, spent her internship at The Ocean Cleanup investigating how to monitor plastic waste in Malaysia’s River Klang by means of drones.

While it is clear that plastic waste in rivers is a problem, no one knows exactly how big the problem actually is. ‘There are methods of measuring the amount of plastic waste in rivers, but so far we have only been able to do it by physically standing on a bridge counting the items that are floating by. That means we need good infrastructure and trained volunteers. The problem is that rivers not only flow through cities, but through inaccessible areas as well’, Marlein explains. Marlein and her supervisor Tim then hit on the idea of using drones. ‘There is no standard method for measuring plastic in rivers at the moment,’ Tim says. ‘We decided this project could be a way of contributing to a method that can be used worldwide.’ By adjusting the software, a simple, off-the-shelf drone accessible to everyone, was turned into a plastic waste monitor. 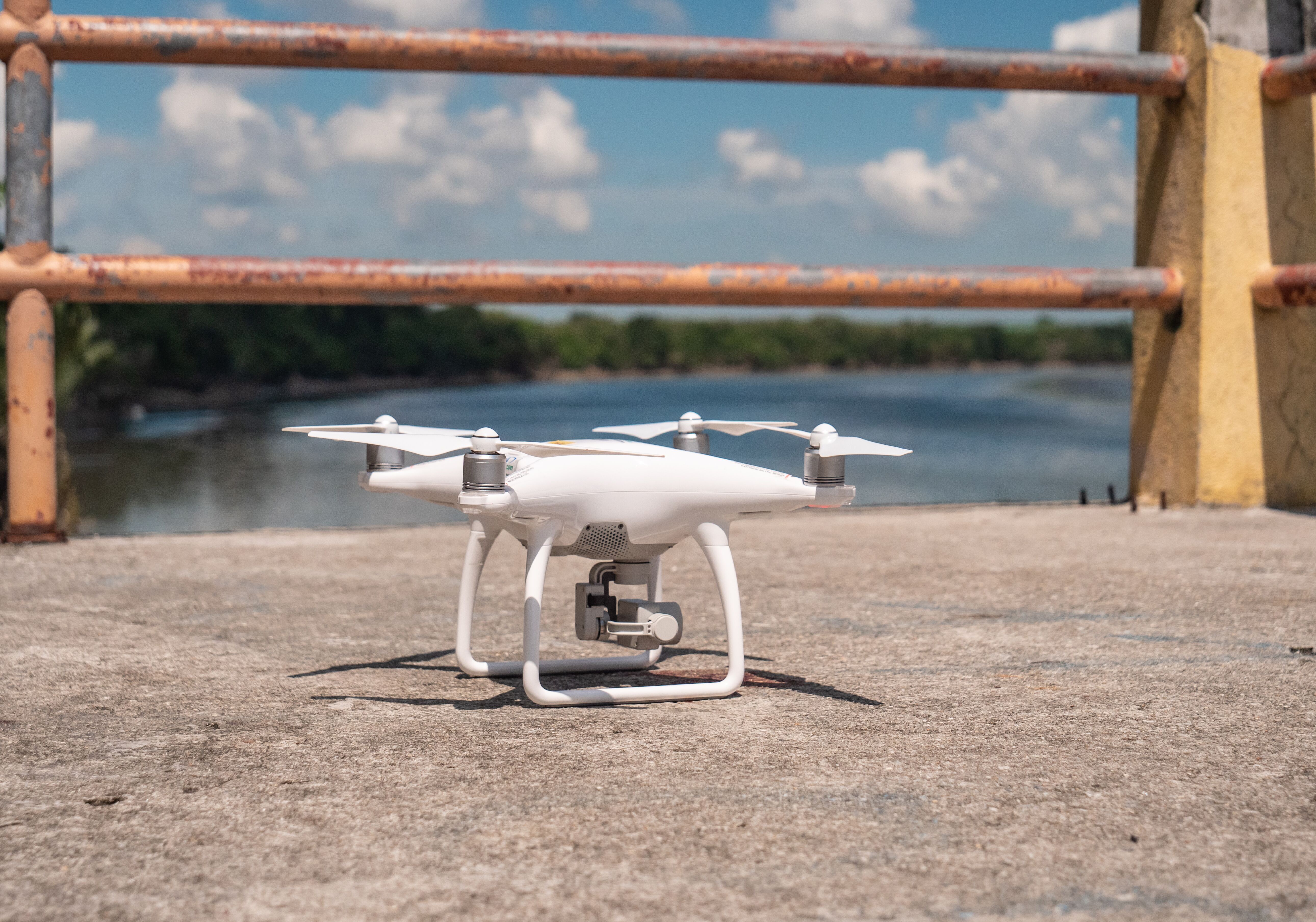 The first test flights were carried out in the Netherlands, with a particular focus on altitude. Marlein: ‘We wanted to find out the maximum altitude at which the resolution of the images was still good enough to be of use, and what the flight path looked like. But what we came up against, was that the Netherlands doesn’t have a constant flow of plastic waste.’ Malaysia’s River Klang, unfortunately, has. ‘The first time I saw the river I was shocked. I knew it was bad, but I hadn’t expected this amount of plastic waste,’ she says. There are local initiatives to remove plastic from the river but it’s a very labour intensive job, and one that is never-ending. ‘Mapping the course of the plastic waste in the entire river by means of drones can help to optimize solutions. If we can pinpoint the spots were the plastic enters the river we can put preventative measures into place there,’ Tim says. 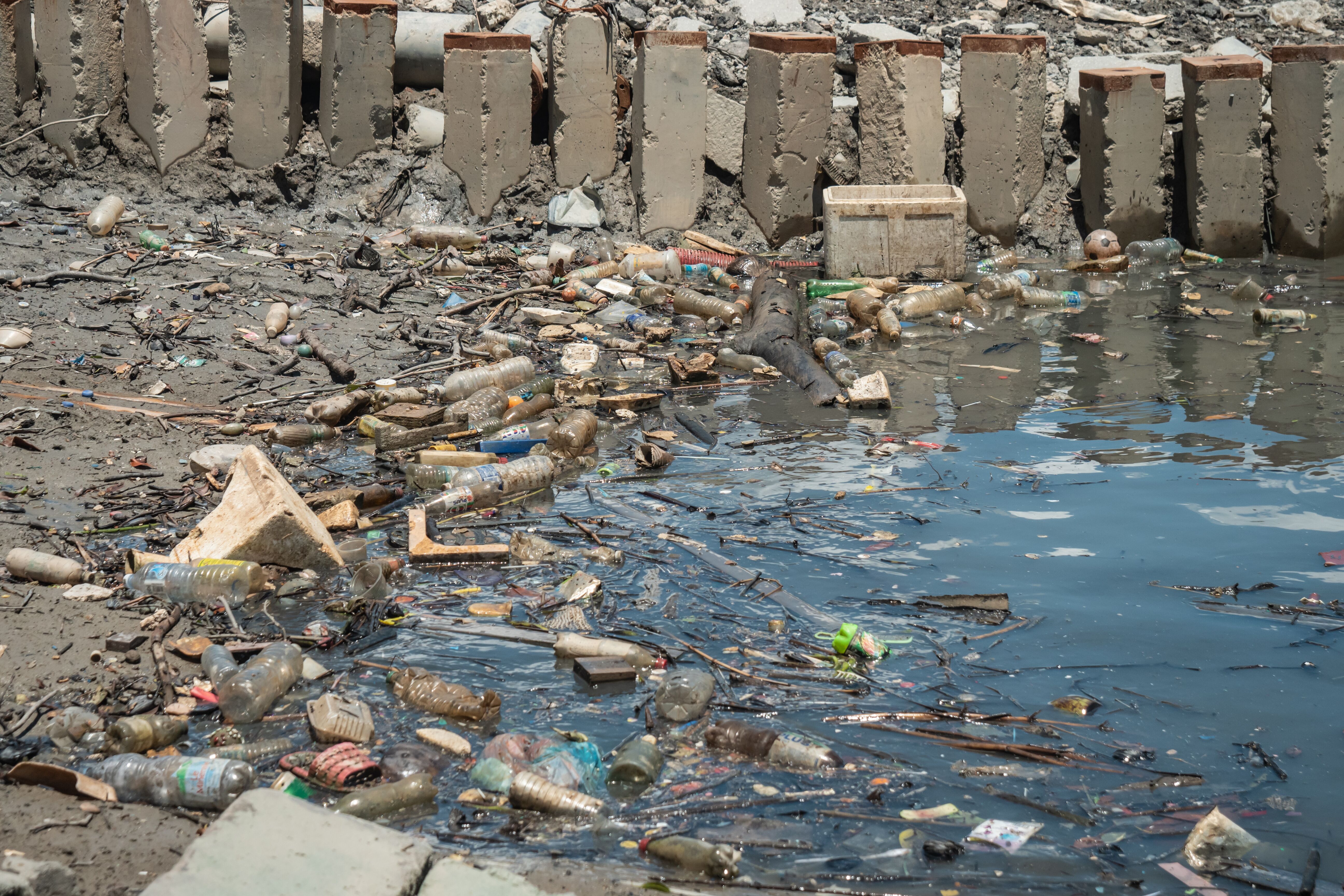 Marlein programmed the drone to hover for fourteen seconds over several segments of the river and take a series of photographs. Marking the pieces of plastic in the images makes it possible to calculate the amount of plastic and the flow rate in the river, which together make up the so-called ‘plastic flux’. The flux measured by the drone was subsequently compared with the data that had been simultaneously accumulated by the volunteers on the bridge. ‘The drone measurements cannot be compared one-to-one with the bridge data, but both show similar trends,’ Marlein says. It was this result that led to the publication of Marlein’s research. Together, Marlein and Tim demonstrated that it is possible to use an ordinary drone to monitor plastic waste in rivers. 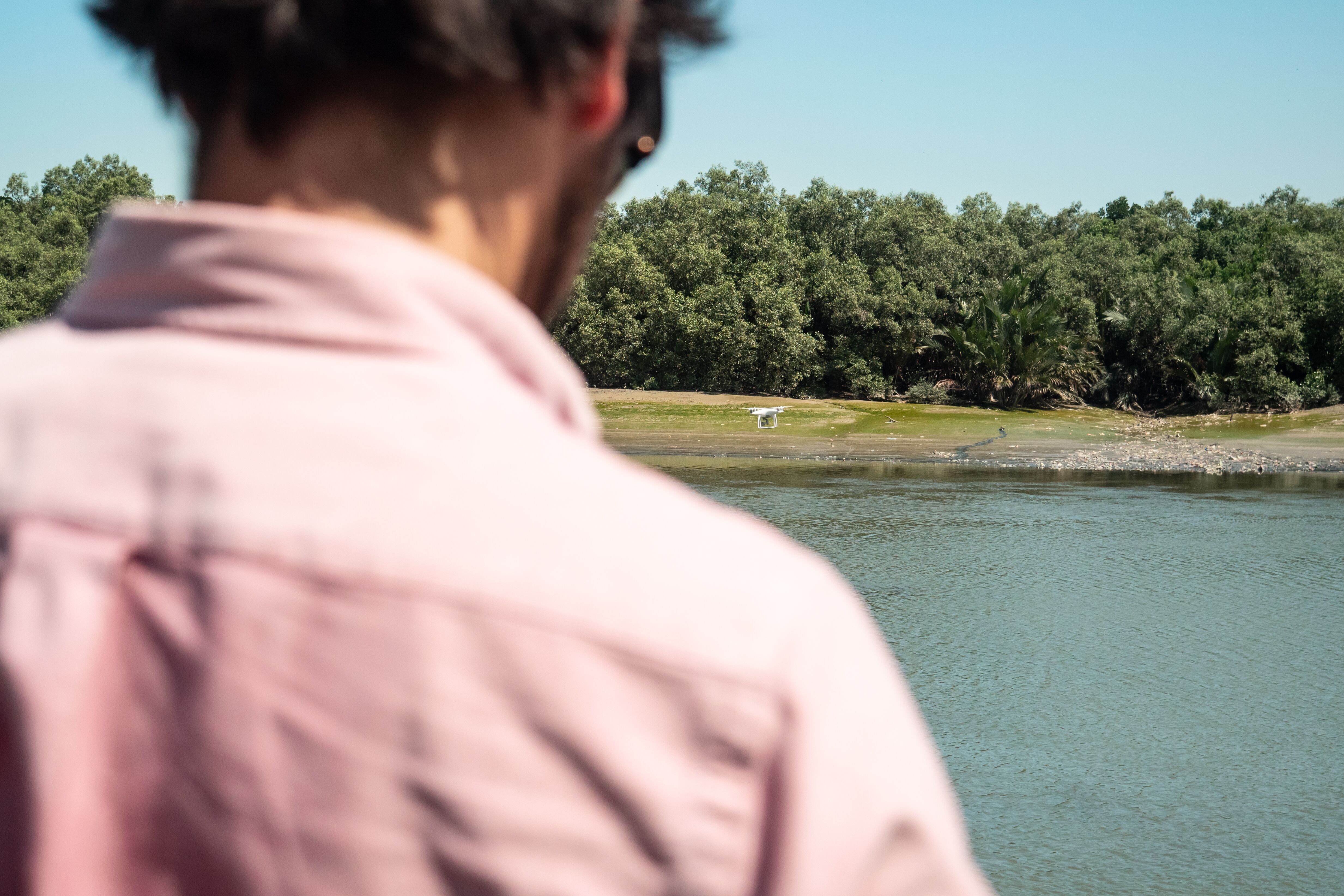 Plastic monitoring drones look as if they can be a useful tool, but there’s a long way to go before the software can be made available on a wide scale. ‘We have gone through over 10,000 photos, marking the plastic by hand. To automate that process, a type of image recognition technology will have to be developed,’ Marlein says. ‘There are still a number of snags which we have to find solutions for, but it’s great to see how far Marlein has come in the course of her research project,’ Tim adds.

While Marlein is busy putting the final touches to her graduation research, Tim is already planning new student projects. ‘We are heading to Southern Spain for more experiments on measuring plastic waste in rivers. Once all the pieces of the puzzle fall into place we can devise a proper standard monitoring method. It will then be for other scientists, organisations and governments to determine what the next steps will be’. 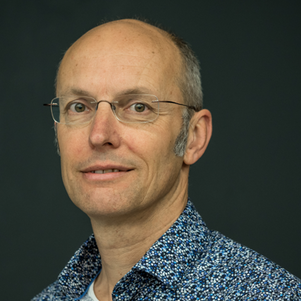 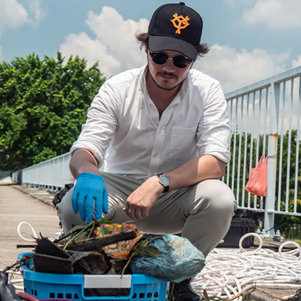 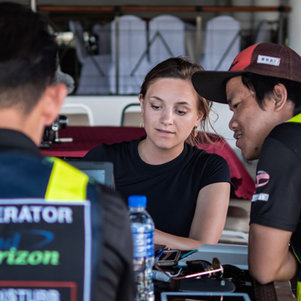 Earlier we published Wim Uijttewaal and Peter Rem’s story about their research into plastic waste in rivers. This is the story of Marlein Geraeds, master student in Hydraulic Engineering at TU Delft. She carried out her research with the help of The Ocean Cleanup and her supervisor Wim Uijttewaal (Professor Experimental Hydraulics) and Tim van Emmerik, a TU Delft alumnus and assistant professor of Hydrologic Sensing at Wageningen University.