Water companies are keen to use cold from drinking water as a source of energy for cooling purposes, such as cooling houses. This technique, called Thermal Energy Recovery, companies wish to operate climate friendly and turn water distribution networks into a renewable energy resource. But if the drinking water loses its chill, will it still be fit for human consumption? And what about the microbiological quality of the water? That is what PhD candidate Jawairia Imtiaz Ahmad is trying to find out at TU Delft’s Waterlab.

Jawairia and her colleagues at the Waterlab have built a small drinking water distribution network of grey PVC pipes to mimic the real distribution network situation. Within this controlled testing environment, the water is heated to a variety of temperatures with a maximum of 25 degrees Celsius. Jawairia then measures the microbiological quality of the water under different temperatures and under different hydrodynamic conditions of cold recovery. ‘In the Netherlands drinking water in the distribution network can have a maximum temperature of 15 degrees Celsius because that is deemed a safe limit. But that has never been researched properly.’ Jawairia not only looks at the water flowing through the pipes, she also looks at the formation of biofilm, a slimy layer of bacteria, on the walls of the pipes. ‘Biofilm often contains micro-organisms that can endanger health. Higher temperatures will speed up the build-up of biofilm which can then become a source of, for instance, legionella.’ 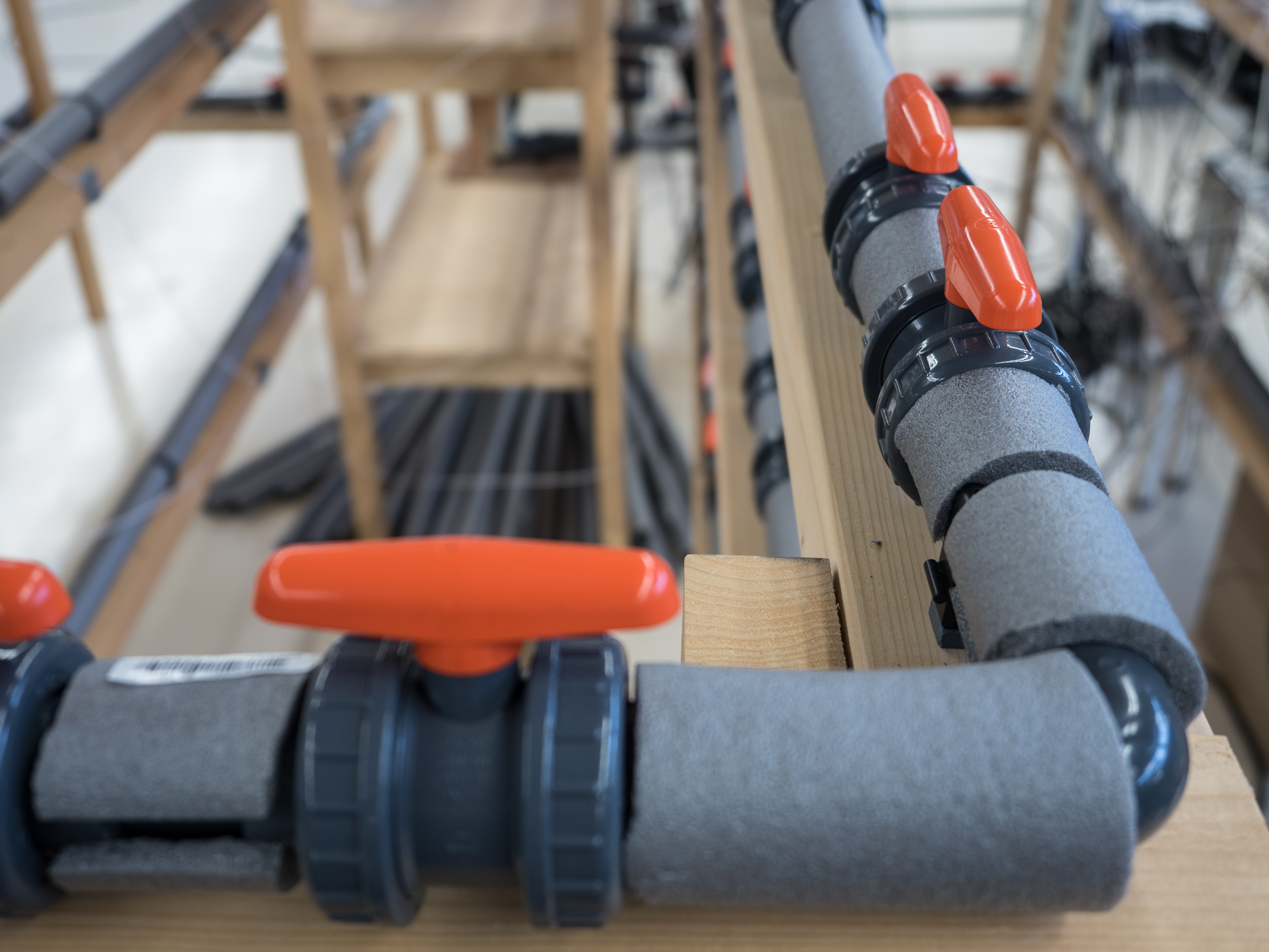 For Jawairia clean drinking water is not something she takes for granted. ‘In my homeland, Pakistan, the water is not as clean as it is here. Sometimes sewage water ends up in drinking water. In Pakistan chlorine is used to purify water. When I heard that European water companies don’t need to resort to chlorine I became interested. I wondered how small countries could provide clean drinking water when my own country couldn’t. People even drink water from the tap here in the Netherlands. That would be unthinkable in Pakistan.’

In order to continue to be able to drink water from the tap, it is important to know how using the cold from drinking water for cooling purposes impacts on its quality. How does it work? ‘We use a system called Thermal Energy Recovery. This basically means having cold drinking water flow through one pipe, and warmer ground water in another adjacent pipe. The two flows exchange heat and cold in the so-called heat exchanger. The ground water becomes cooler as a result of the exchange and flows back to an Aquifer Thermal Energy Storage (ATES) reservoirs. This water is later used for cooling buildings. Once there, less energy is needed to cool the water because it is cooler already. ‘But what we see in the pipe of drinking water after heat exchange are fluctuating water temperatures. The temperature has gone up. I look at the way higher temperatures in the distribution network affect the quality of the water people drink.’ 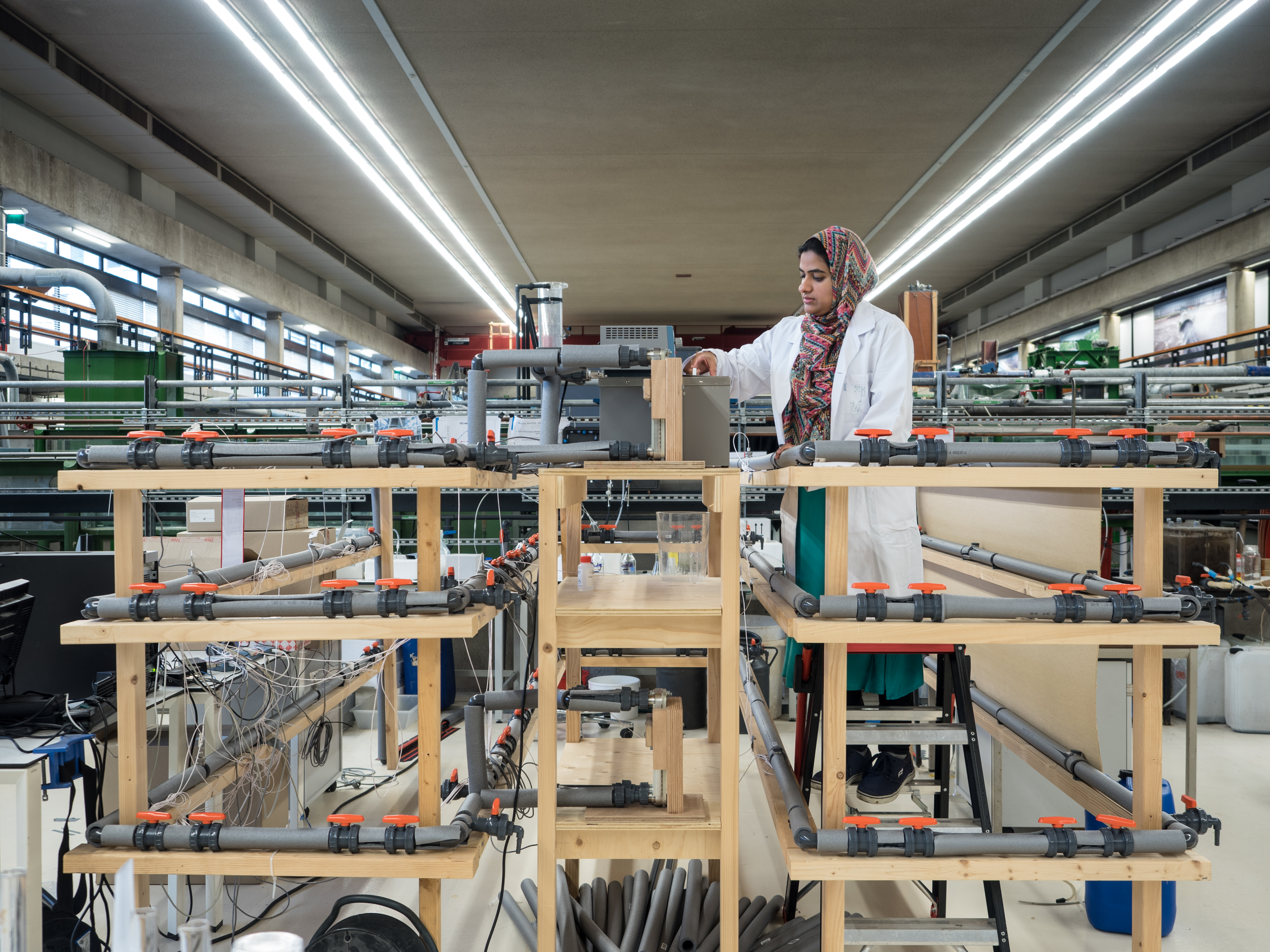 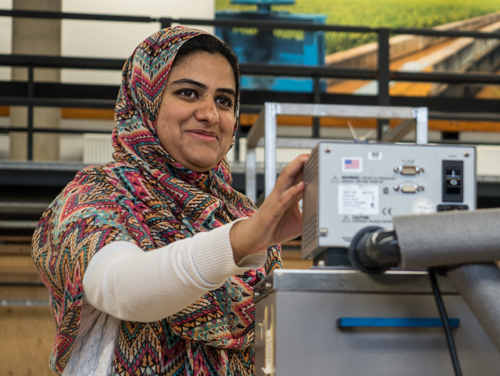 Towards an effective reduction of arsenic levels in drinking water

Working together with worms