A large number of bridges in the Netherlands are scheduled for large-scale maintenance work or replacement. In order to minimise the effect on the environment and bring down costs researcher Wenjun Cao is working on a model to assess the potential for circularity of these bridges. This will help the Netherlands to achieve its aim of a fully Circular Economy (CE) by 2050.

Railway bridges, drawbridges, fly-overs, sluice bridges: the Netherlands leaves the rest of the world standing when it comes to the number of bridges per square kilometre. The exact number is not known but the water authorities alone are managing over a thousand. Many of the bridges are approaching the end of their life cycle, says Wenjun Cao, assistant professor Engineering Structures at CEG. ‘Much of the Dutch infrastructure dates from the post-World War Two period, as is the case in many other Western European countries. A concrete or steel structure has a life span of at least 50 -100 years. But traffic has intensified over the years and maintenance work has to be carried more frequently. Quite a few bridges will have to be partly or entirely replaced in the next couple of years.’ 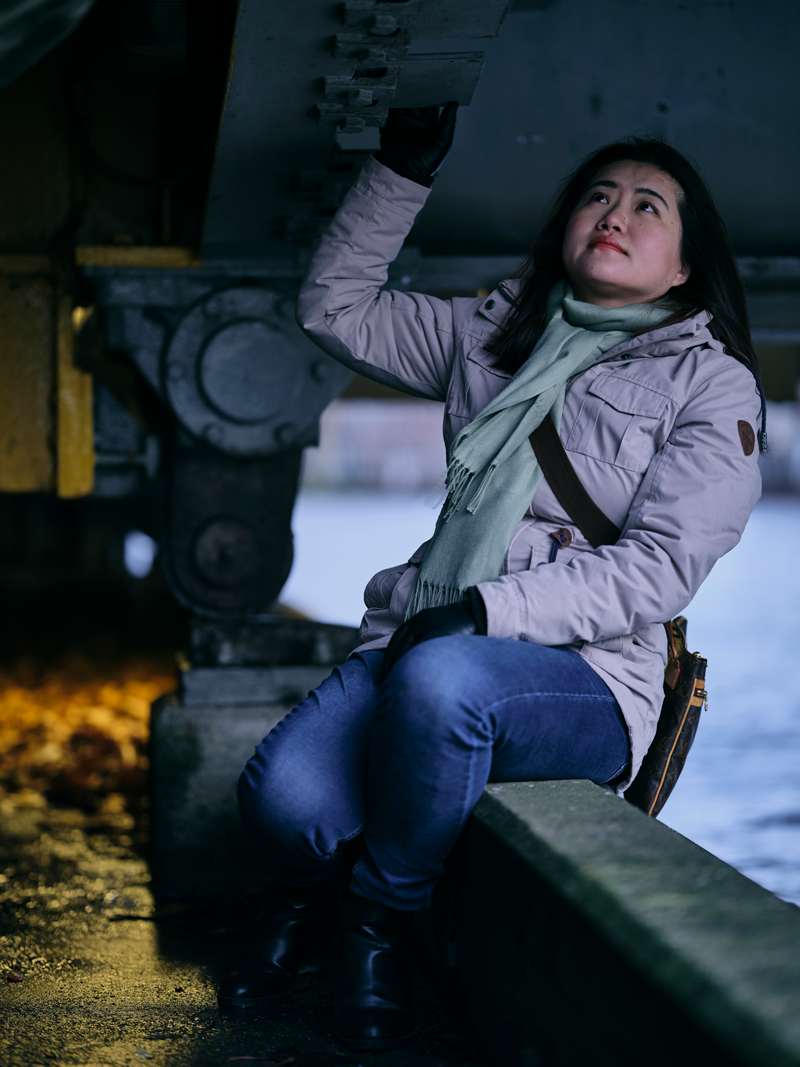 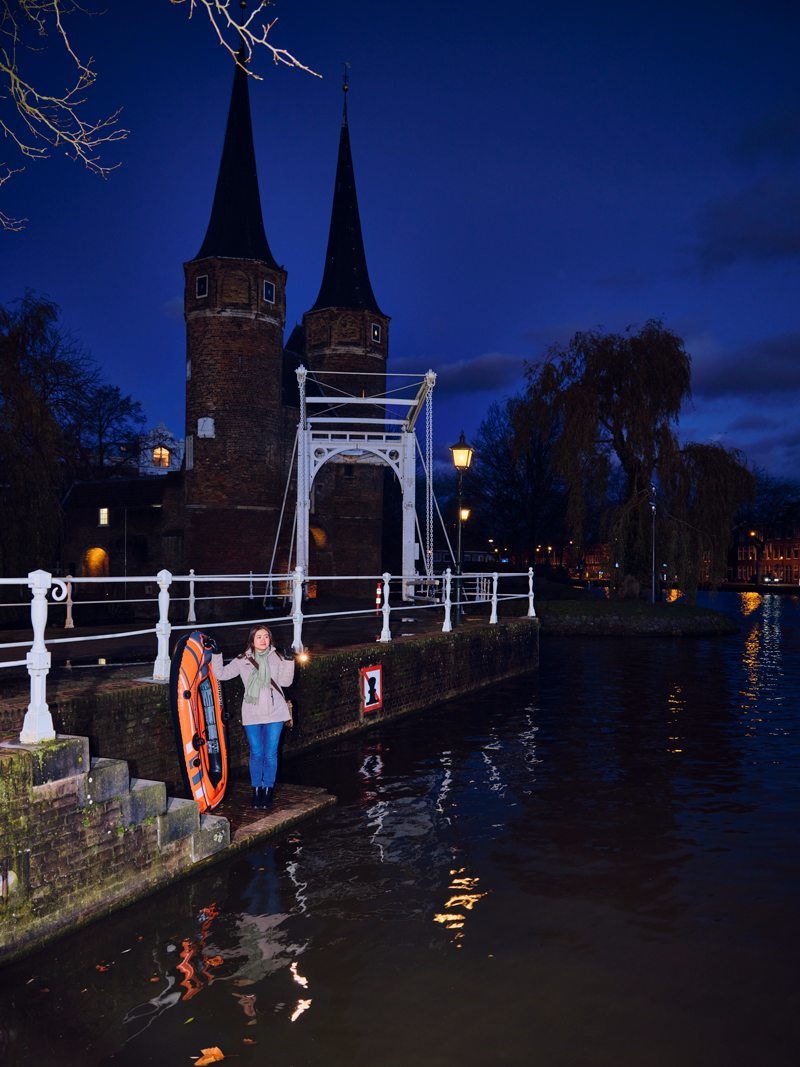 The importance of good infrastructure

Cao became fascinated by bridges when she was a little girl living in China. ‘I grew up in a small city in the north of Shanghai. In order to get to the big city we would have to cross the Yangtze river by ferry. In 2008, with the opening of Sutong Bridge, the transportation time between cities has been cut down from three hours to one hour. That’s when I first understood the importance of good infrastructure and the value of bridges. It prompted me to study Civil Engineering in China. Following my graduation, I went on to work as a bridge engineer for five years and did a PhD in Singapore.’

It is my aim to set up a framework in which circularity is integrated into the design, construction, operation, maintenance and dismantling of infrastructure.

Cao came to Delft in June 2020. 'The replacement brief and the developments in circular building make the Netherlands an interesting country. The Dutch pioneer in circular economy and related research. However, the circular infrastructure has remained relatively under-researched. What is needed is a comprehensive approach. It is my aim to set up a framework in which circularity is integrated into the design, construction, operation, maintenance and dismantling of infrastructure, starting with bridges

Advantages for the Netherlands

Circular building has many advantages, Cao says. ‘Less production of steel and concrete will lower CO2 emissions. Recycling the way it is done now is energy intensive, particularly when it comes to separating the materials of a bridge component, grinding it down and using it to produce something new. We can skip that step if the components have the potential to be used in a new construction, for example. Efficient reuse of bridges can help the Netherlands achieve climate and circular economy goals. And what’s more, it pays. According to my calculations, assuming the average cost saving through circular strategies is 5% - 15%, with every 1% of the road sector adopting the recommended strategy, the potential market we are dealing with is worth $15- 53 billion from 2016 to 2040. The Netherlands could become a circular building pioneer and export its knowledge to other countries such as Germany and France which are facing similar infrastructure challenges.’ 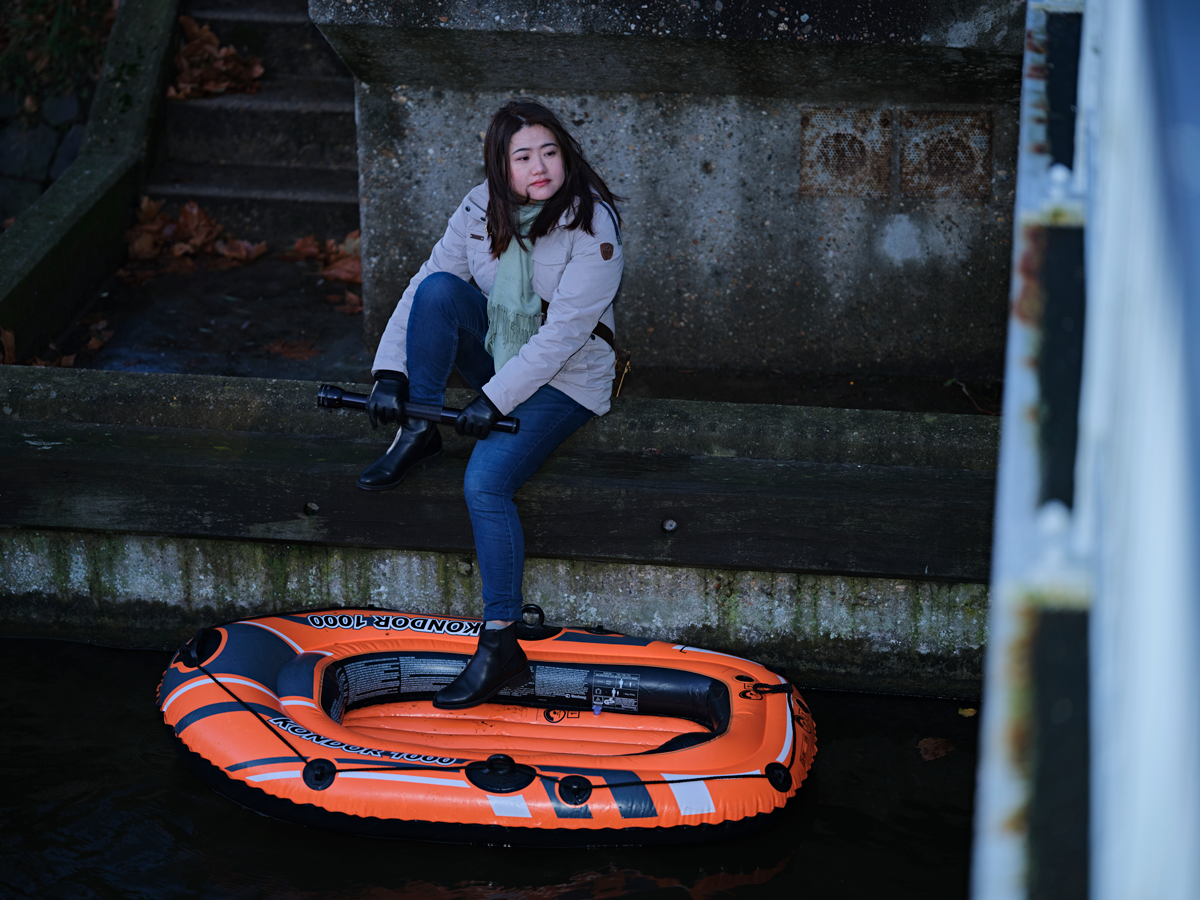 Cao’s research is focused on the circularity potential of bridges. That means she will be studying the current state of the bridges, the materials used to build them and the environment in which they are situated. Cao: ‘Based on this information we can estimate which parts of the bridge can be reused or /repaired and how to go about it. Every bridge will be given a circularity label, similar to the energy labels for homes. Depending on the assessment, a bridge or a component can be labelled fit for repair, reuse, rebuild or recycling.’

Changing the purpose of a structure is a particularly revolutionary approach, Cao says. ‘It has been happening a lot with buildings lately. An old factory is turned into a restaurant, for instance. The same can be done with infrastructure. A bridge that is no longer fit to carry heavy traffic can be repurposed as a pedestrian bridge. Rebuild, or using components of a bridge that has become superfluous to build another in the area, is a relatively new phenomenon too. In that case it is important to check if the structural behaviors of the components are suited to the conditions surrounding the new bridge.'

With smart design and modular building, you can dismantle a bridge as easily as if it were made of Lego and reuse its components.

The big challenge is to chart the thousands of bridges in the Netherlands. To study every single bridge in detail in the traditional way is neither viable nor necessary, Cao says. ‘For the collection of data we will be turning to AI. Sensors and drones can help us study bridges in great detail. We then combine these data with the information we have on the age of the bridge, the structural type and material behaviour. Based on the data analysis every bridge is then provided with its own circularity label. So I will be working very closely with AI specialists.’

Cao’s aim is to develop a platform for (local) authorities and businesses to share information about ways to include bridges in the Circular Economy. Cao: ‘In order to achieve optimal circularity cooperation throughout the chain is crucial. Smart design can help to efficiently take apart components and reuse the materials of bridges With smart design and modular building, you can dismantle a bridge as easily as if it were made of Lego. And not just bridges but other types of infrastructure as well, such as roads and railways. That shows the potential of this research.’

Share this page
Back to all stories
More stories about:
Resource availability
Urbanisation and Mobility
Other themes:
Availability of clean water
Climate change 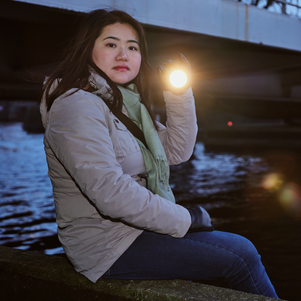