The ground beneath our feet is constantly moving and that can compromise the stability of buildings and infrastructure. Satellite data are helping Giorgia Giardina to chart the impact of subsurface activity on buildings in great detail so efficient measures to limit damage, cost and safety risks can be taken before it’s too late.

Some parts of the Netherlands are sinking and none faster than the west and northeast of the country, where groundwater level decline and gas extraction are among the main culprits. And what happens below ground often affects what is happening on the surface, says assistant professor Geo-monitoring and Data Analytics Giorgia Giardina. ‘Subsurface activity, such as ground subsidence, tunneling or earthquakes, poses a risk to surface buildings. Urban areas in particular can be badly affected, with buildings suffering severe subsidence and cracks. Without proper measures the damage to homes and other buildings will run into billions of euros in the years ahead. People’s safety could also be compromised.’

Below and above ground interaction

With a background in both environmental and civil engineering Giardina’s area of expertise is where above and below surface activities meet. ‘The interaction between what we can and cannot see has always interested me. Plus I’m from Italy, a country with a great many heritage buildings and a relatively high number of earthquakes. Based on a better understanding of what happens underground I try to determine the vulnerability of a building and the extent of any damage that may occur. For my Master’s I worked on a risk evaluation of historical buildings in Italy. I then did my PhD in Delft, about the effects of the excavation work on the North South metro line in Amsterdam. I then went on to Cambridge to do a postdoc, and later started my own research group in Bath.

Help from on high

During her time at Bath Giardina spent much of her time working with space agency NASA. Her Eureka moment came when she was talking to one of the space scientists, Pietro Milillo. ‘He told me that satellite imaging could detect movement in buildings from a height of 600 kilometres with up to the millimetre accuracy. That was a fascinating piece of knowledge and very valuable for the research I was doing. I had been using sensors to monitor individual buildings but now I could suddenly chart and study the movement of lots of buildings and infrastructure in a much larger area.’

My Eureka moment: when I discovered that satellite imaging could detect movement in buildings from a height of 600 kilometres with up to the millimetre accuracy. 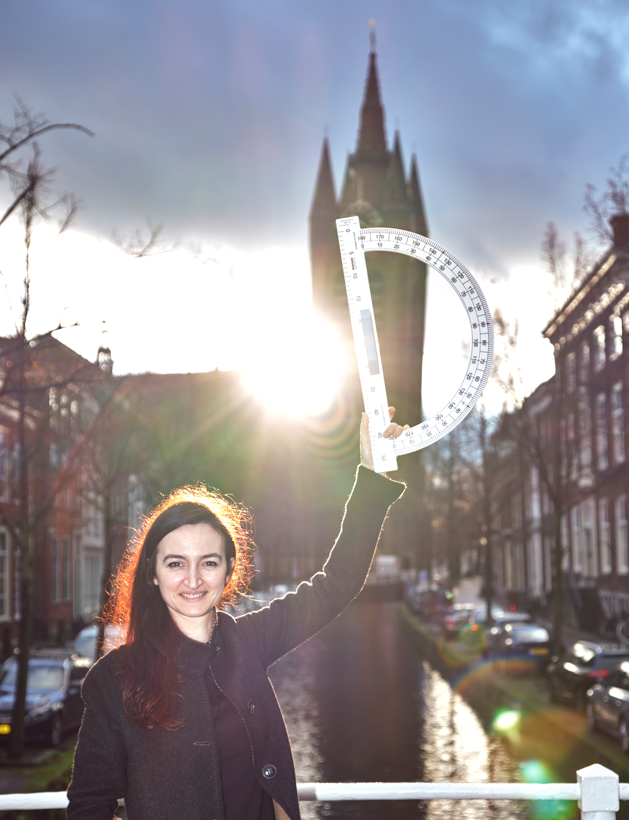 Last May Giardina decided to take up a post as assistant professor at TU Delft. ‘During my time as a PhD in Delft I noticed how much knowledge is concentrated here from different disciplines such as Geo-Engineering, Remote Sensing and Data Science. I need all of these fields of expertise for my research. Apart from that, the Netherlands is an interesting place for study because it’s facing so many challenges in terms of subsidence and maintenance of infrastructure and buildings. Many Dutch bridges are nearing the end of their life cycle and Groningen province is having to cope with a lot of damage to homes because of earthquakes. Our Dutch findings will help other countries with similar problems as well. Insights from the work on the North South metro line are now being used in the construction of the Crossrail project in London, for example.’

At TU Delft Giardina’s job is to devise a method to assess the risks of subsurface activity. A damage assessment system, she calls it. ‘It’s a model which will enable us to estimate how a building will react to certain subsurface developments and where damage may occur. To do this we collect different types of data. Apart from the satellite data we need information about the behaviour of buildings and bridges. Concrete structures will react differently to subsidence than brick buildings. The stiffness of the material plays a role as well. We also need to know about the environment of the building, things like the surrounding infrastructure and the subsurface conditions. The tricky bit is to select the most relevant data and integrate it into the model efficiently. The use of satellite data for applications in civil engineering, for instance, is relatively new.’

I want to develop a damage assessment system, to help us estimate how a building will react to certain subsurface developments and where damage may occur.

A good predictive model will help prioritise what needs to happen in terms of maintenance and replacement, Giardina says. ‘Policy makers will have to decide which work should be done first. You can’t do it all at once but if you know where the problems are most acute you’ll know where to make a start. Timely interventions in the right spot will save a lot of time and money. The data will also help future building projects. If you know how buildings react to subsurface activity you can take precautionary measures in vulnerable areas, such as re-enforcing the soil or a building. Thanks to the satellite data you can also monitor movement during construction so measures can be taken in time.’

Prevent deaths and save heritage buildings

Giardina’s work is not just about preventing damage and saving money. ‘It is, of course, also very important in terms of human safety. A collapsing building can result in many casualties. If it does happen, for instance after an earthquake, you want to be able to bring people to safety as quickly as possible. The satellite images can visualise the damage and pinpoint the places for the emergency services to go, or to avoid as the case may be. Timely maintenance plays an important part where historical buildings are concerned. I’m from a country steeped in history and the Netherlands, too, is a treasure trove of historical buildings, just think of the canal houses. I live in one myself in Delft. For that to disappear doesn’t bear thinking about.’

Share this page:
Share this page
Back to all stories
More stories about:
Urbanisation
All themes:
Availability of clean water
Climate change 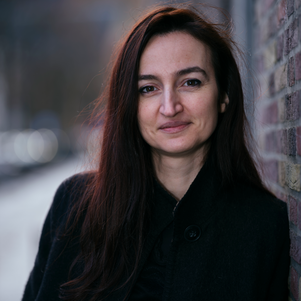 Read all stories of the department Geoscience & Engineering