There’s a house in the Stevinlab. Life-sized, built by bricklayers from the north with the mortar and calcium silicate they use in Groningen. The walls are covered in sensors, there are cameras everywhere and an awful lot of wiring. Because the house is shaken back and forth very slowly. A large group of scientists from across the Faculty of Civil Engineering have crowded around a monitor that displays the data in real time. They are all collaborating to help answer a question that is important to those living in the Groningen earthquake zone: are houses there going to withstand the next quake?

The tests are being conducted at the behest of the Nederlandse Aardolie Maatschappij (NAM - Netherlands oil and gas company). It wants to know how resilient houses in Groningen are against earthquakes. Which homes might collapse? Which ones need shoring up? This is why NAM has set up an extensive research programme and this experiment is an important part of that. The results of the various studies will be compiled and published over the course of 2016.
“Where will the first tear develop according to your calculations?” project leader Ton van Beek asks one of his colleagues at the lab. “Somewhere at the top, in the middle,” the latter answers. Van Beek explains: “Whether a house is safe or not is determined on the basis of the so-called Dutch Practical Guideline for Earthquake-proof construction. In the Netherlands, existing brick structures are primarily wind resistant. They were never structured to withstand earthquakes because, until recently, earthquakes were rare in the Netherlands.” That has all changed with the earthquakes in Groningen. “The models we used for calculations were always based on stationary houses. Now we suddenly have to take the earth shaking from side to side into account. This demands new models.”

Countless tests have been carried out to this end. Tests on materials from affected homes in Groningen. From individual stones to entire walls that have been copied. And now, for the first time, a whole house. “The data from the prior tests allowed us to model the behaviour of a home. We are now, he points at the screen, comparing those calculations to the results of the tests. Are they correct? And why or why not? This will allow us to discover why what happens.”
The house in the Stevinlab was built recently by bricklayers from Groningen using bricks and mortar from that province. Everything has the typical material properties of a typical 1970s terraced home of the type often encountered in Groningen’s earthquake zone. “A test such as this should preferably be conducted using old materials. Obviously, people in Groningen would prefer us not to knock their home’s down. After 600 tests using old brickwork we know exactly what the ‘new house’ has to be like.”

TU Delft cooperates closely with Eucentre, the centre for earthquake research in Pavia, Italy. NAM also had a large number of tests carried out there. “A lot of the tests are conducted twice, once in Italy and once here. This helps us learn from one another. This is basically virgin territory. We have no knowledge of earthquakes’ effects on typical Dutch houses with 10 cm thick walls.” This is the preferred construction method on the weak, soggy Dutch soil. You built light to avoid subsidence. “The Italians were flabbergasted when they saw our thin walls. Their walls are at least 30 cm thick.” Another factor is that the earthquakes typical to Groningen are unlike other quakes in Europe. Natural earthquakes are caused by tectonic plates shifting and have long aftershocks. Those in Groningen consist of a single, very substantial shift. “These deviant quakes together with the wall characteristics mean there is a scientific blind spot in this respect.”

Few laboratories in the Netherlands are large enough to construct an entire house in. The Stevinlab is the largest of its kind in the Netherlands. “Moreover, the facility has all the specific technical staff required. Another major advantage is that the calculators and the experiment reside in the same building. One minute you have mortar on your fingers, the next you are calculating what the experiment generated.”

Suddenly three people dash towards the house, cameras at the ready. The first tear has appeared, at bottom left. 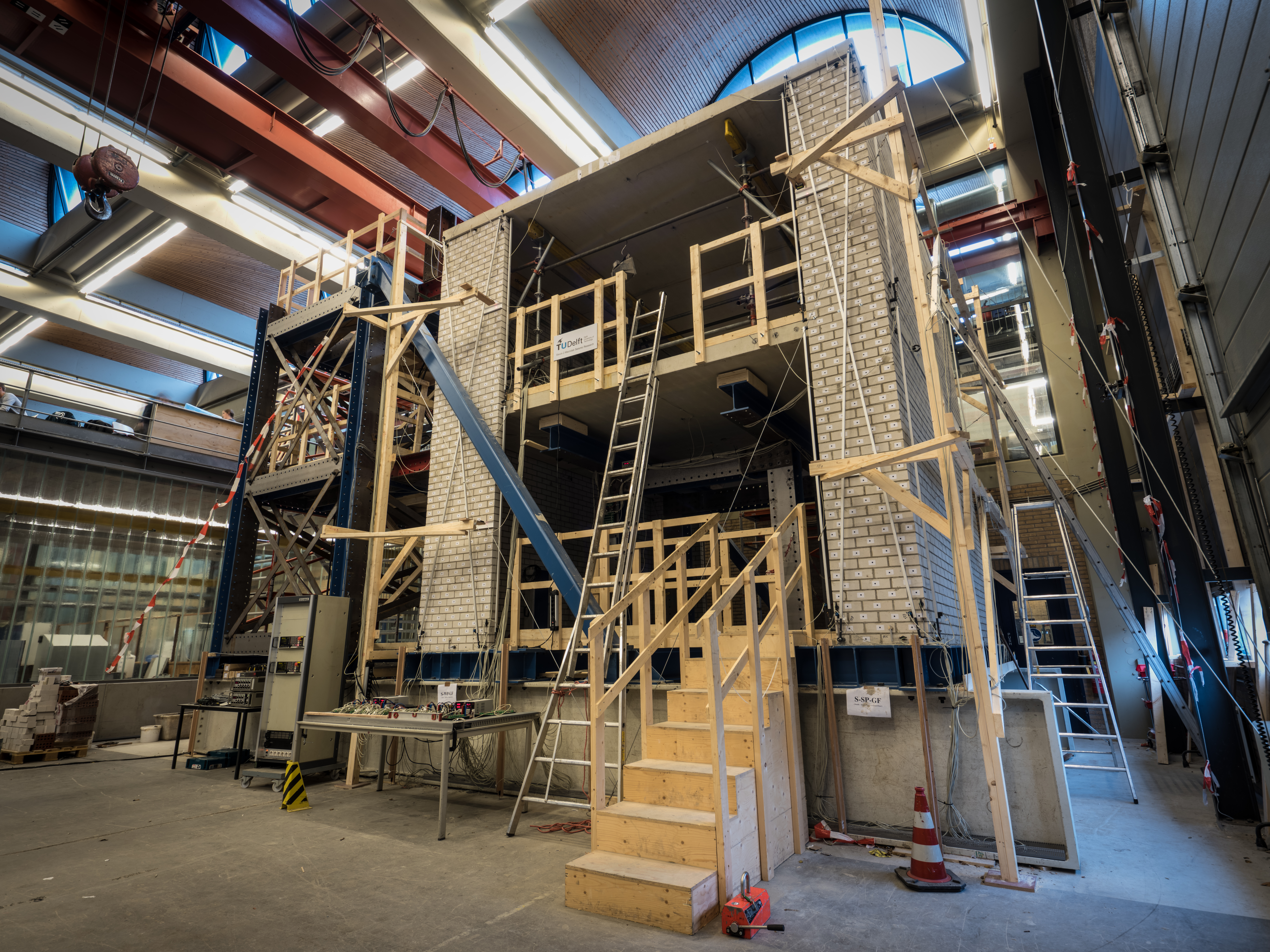 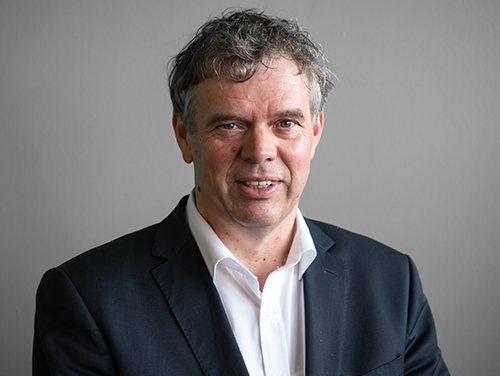 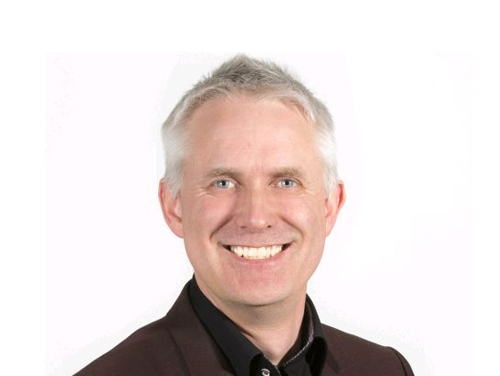