The Geoscience and Engineering lab is home to a device that looks much like an ordinary aquarium -  except this one is five metres high, two meters wide and two meters deep. It is filled with a layer of submerged sand. This is where PhD Arash Maghsoudloo studies the seafloor close to the Oosterschelde storm-surge barrier, which is part of the flood defence system protecting the Netherlands from the sea.

Maghsoudloo is originally from Iran, and after working in Turkey and the USA for a few years he came to Delft. ‘I knew the Dutch were famous for their water structures, but I had never heard of the Oosterschelde storm-surge barrier. Here in the Netherlands, however, everybody knows it. When people hear I do research that relates to the barrier, they immediately start asking questions . Everybody is interested.’

Maghsoudloo explains his research as follows: ‘Imagine you’re on the beach and you’re digging a hole’, he says. ‘You dig and you dig and the hole gets deeper until suddenly it collapses. The sand shifts at an enormous rate. It seems to become almost liquid, and then suddenly fills the hole. In geotechnical engineering , this phenomena is known as ‘static liquefaction’. It is this phenomenon that I want to learn more about.’ But what does this have to do with the Oosterschelde storm-surge barrier?

The structure of the Oosterschelde storm-surge barrier was built in order to prevent disastrous flooding by controlling the water level changes between the sea and the delta area. Maghsoudloo: ‘Extreme tidal forces are created because of the difference in water levels on both sides of the barrier. These forces can easily erode the seafloor close to the structure.’ The designers of the barrier knew this, and placed strong protective layers on both sides stretching up to 600 meters. Maghsoudloo: ‘But erosion can cause holes and slopes on the sea bed even far from the main structure, where these protection layers end. And if these slopes become critically steep, the sea floor can lose its strength and the sand can start to behave like water. It would have disastrous consequences for the safety of the barrier.’ 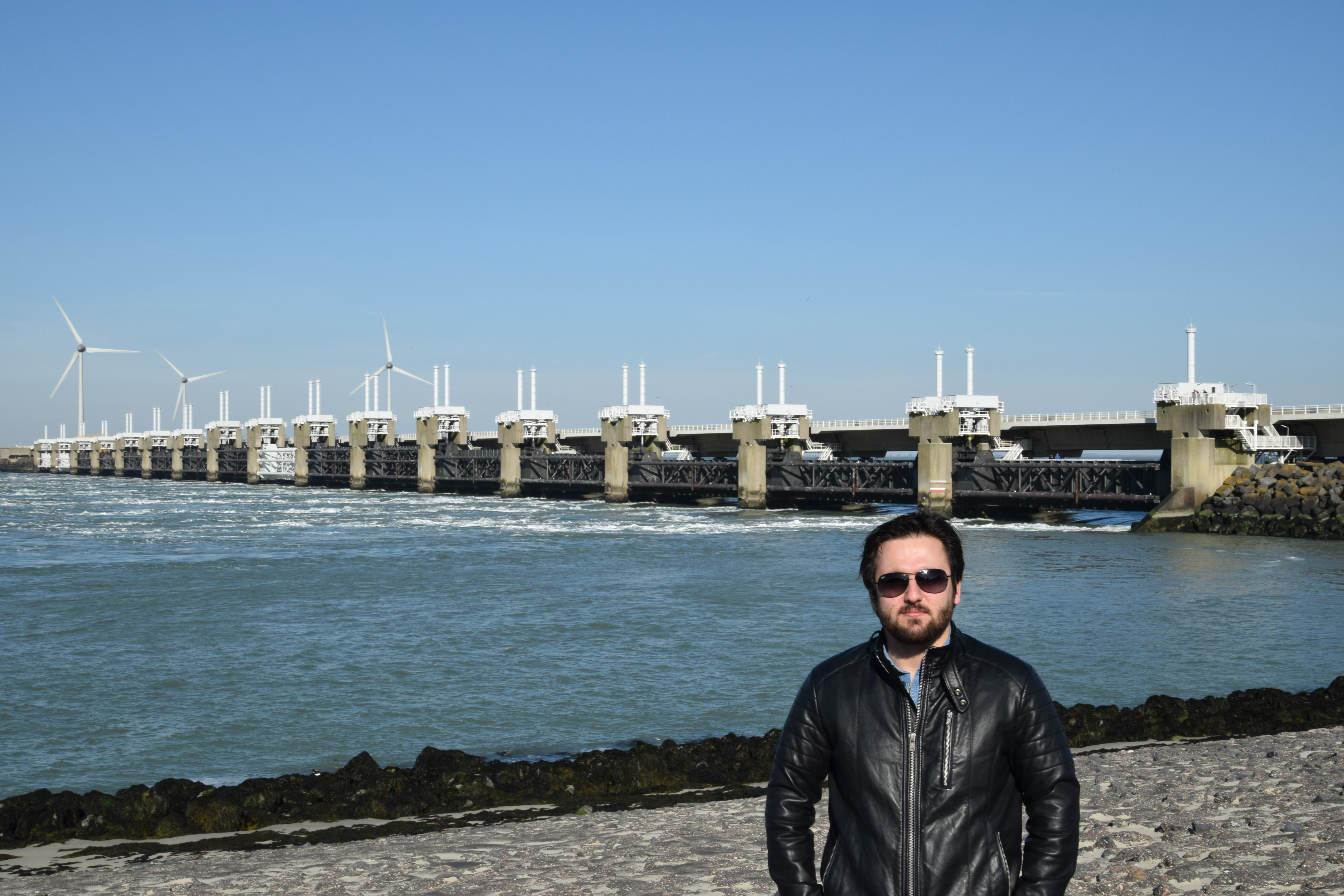 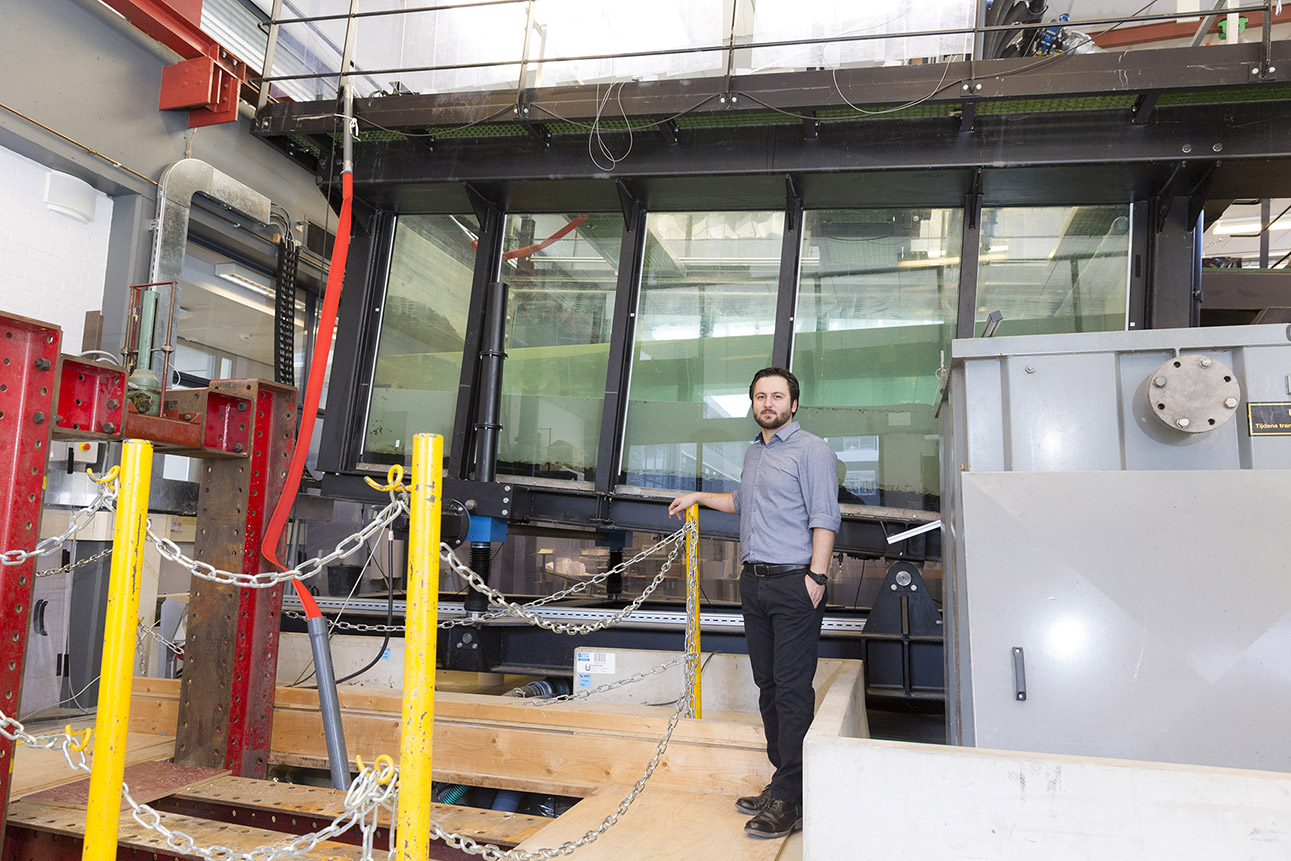 A fraction of a second

Not that we have anything to worry about, Maghsoudloo says reassuringly. ‘It‘s not an event which is likely to take place. But we do want to find out under which circumstances it might happen. That is what the Liquefaction Tank is designed for.’ It is filled with a loosely packed layer of sand, like the sand on the beach. It can be tilted over to one side to create a slope, comparable to what would happen when digging a hole in the sand. ‘I increase the inclination until the slope collapses. The exact moment at which this happens is very difficult to predict. We are talking about a fraction of a second. Fortunately, sensors in the water tank enable me to take very accurate measurements.’

The experiment itself is unique. A tank this size is used in no other place in the world. ‘Thanks to this water tank I can put theories to the test. This will also give me a more accurate long-term understanding of what could happen in real-life situations.’ At the end of his project, Maghsoudloo will propose his solutions to Rijkswaterstaat, which commissioned his research. ‘Other engineers can then upscale these solutions to see what could work for the Oosterschelde storm-surge barrier.’ 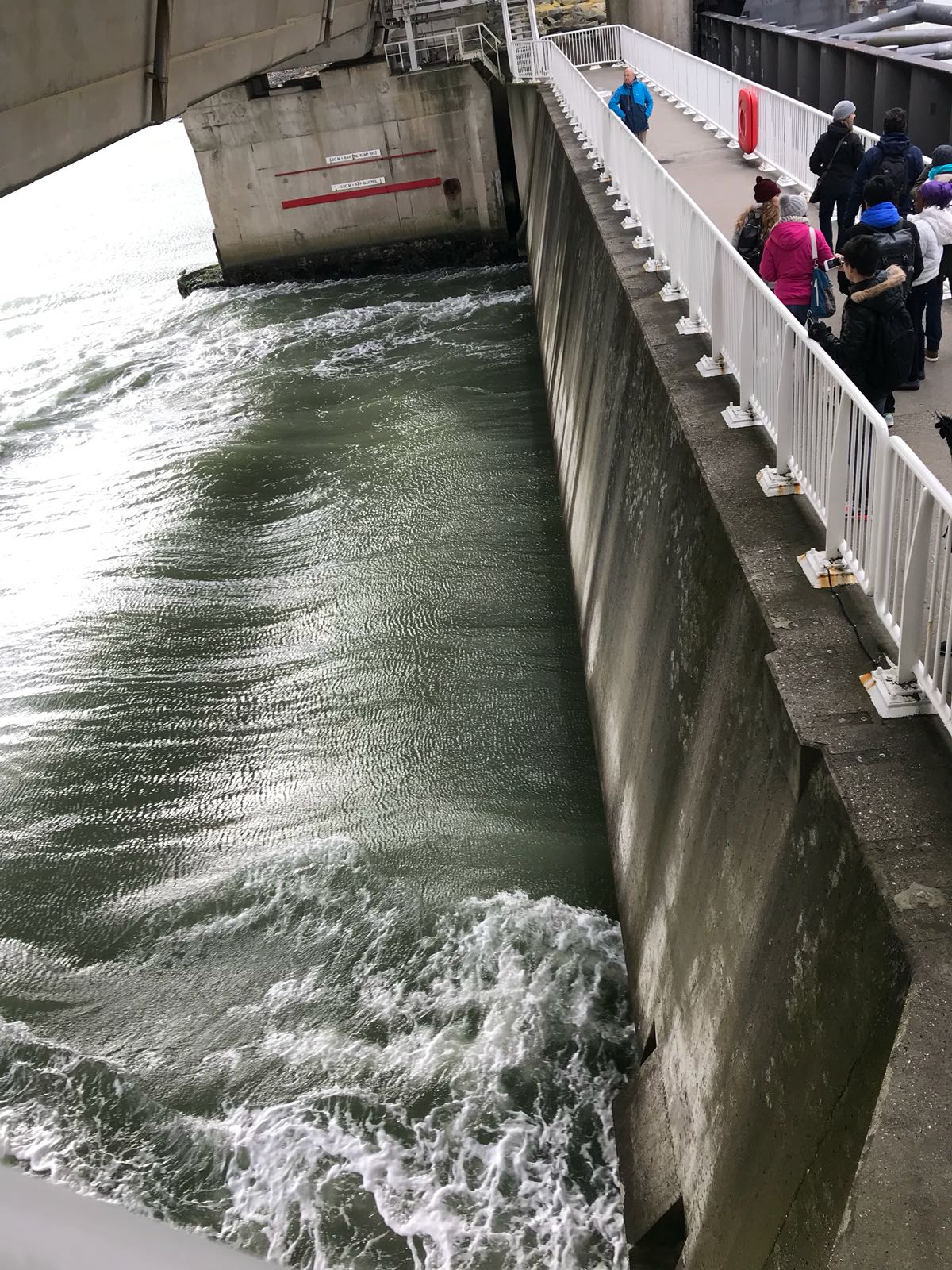 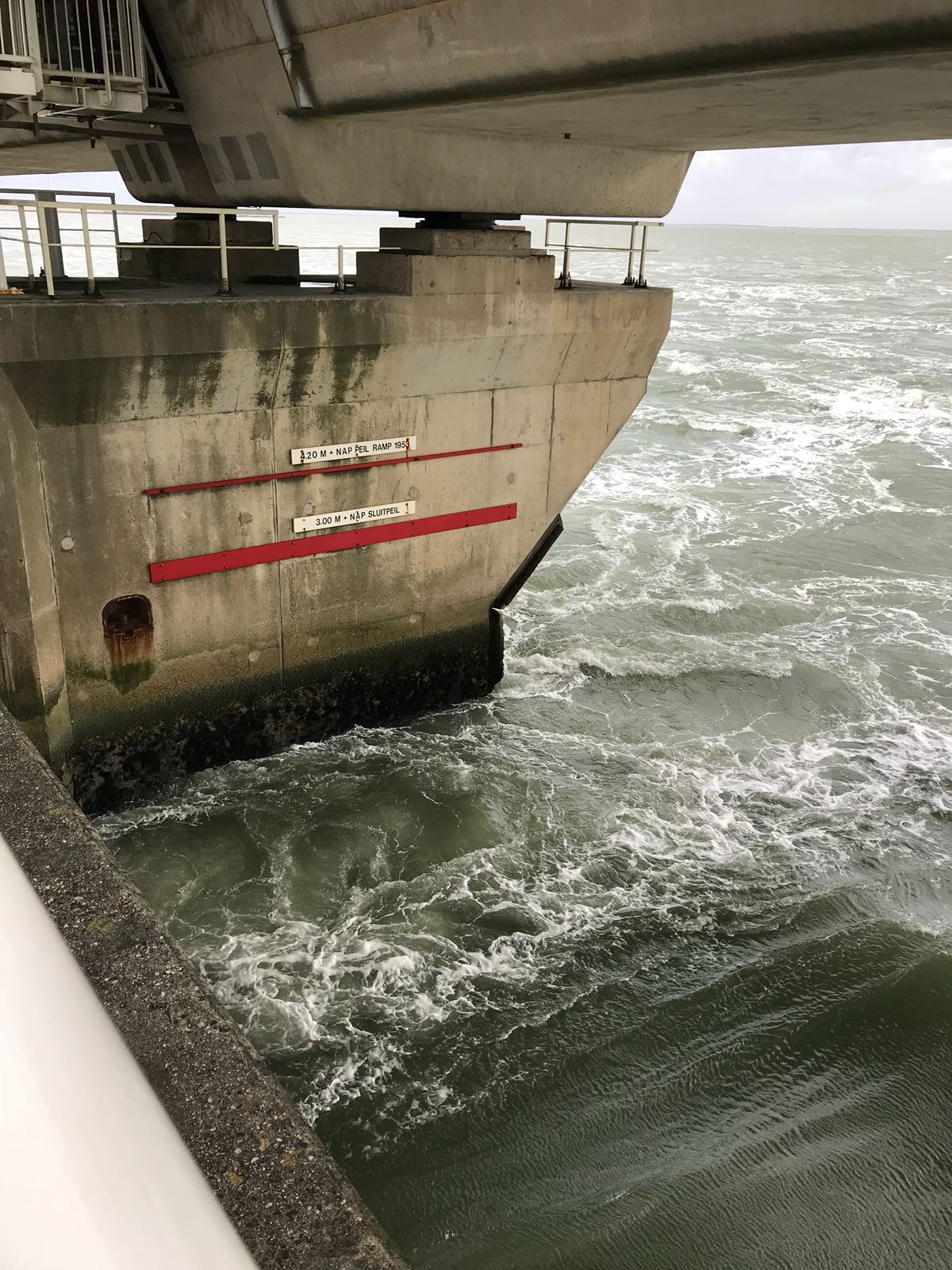 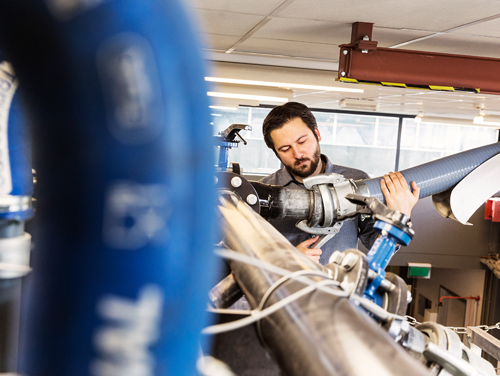 The Oosterschelde storm-surge barrier
During the 1953 flood disaster large parts of the provinces of Zeeland, Zuid-Holland and Brabant became submerged. Some 1,000 people lost their lives and the damage was considerable. It was clear something had to happen to protect the coast. This resulted in the construction of the Oosterschelde storm-surge barrier, one of the largest and most prestigious Delta Works.

The turbulent waters of the Eastern Scheldt