The inaudible noises made by the planet may be lost to human ears but they can be monitored and so provide us with a wealth of information, from detecting nuclear tests in North Korea to registering changes in temperature in the the deep ocean. Läslo Evers (44), seismologist at the Royal Netherlands Meteorological Institute KNMI, was installed as a part-time professor of Seismo-Acoustics at TU Delft last December. Supported by a Vidi research grant Evers is putting together a new research team at the department of Geoscience & Engineering whose brief is to explore applications for the data produced by seismic waves in the earth’s interior and sound waves in the atmosphere and the oceans.

For the last eight years Evers has been combining his job at KNMI with his work at TU Delft, where he completed a PhD in the analysis and application of infrasonic sound in 2008. Infrasonic sound analysis was mainly used to detect nuclear testing but now the collected data sequences are also being studied for scientific ends, Evers says. ‘We now have quite a few wonderful data sequences that show us just how noisy the ocean, the atmosphere and the earth can be.’

‘Infrasound is sound that can’t be heared by humans, which includes anything below 20 Hertz. The advantage of such low frequencies is that there is little attenuation which means they can travel over great distances. Think of a discotheque or a dance party. Walk away and you’ll lose the high tones. All you can hear is the thump of the bass tones. The same goes for infrasound. If Mount Etna in Italy erupts we in the Netherlands can monitor the infrasound this generates. These inaudible vibrations will have travelled over 1,800 kilometres.’

‘If Mount Etna in Italy erupts we in the Netherlands can monitor the infrasound this generates. These inaudible vibrations will have travelled over 1,800 kilometres.’

How do you go about discovering something inaudible?

‘The first person to discover infrasound was a Dutch mining engineer called Rogier Verbeek. He was given the task to analyse all the phenomena that occurred in the wake of the eruption of Krakatoa in 1883. When he looked at the barometric records he noticed a spike in pressure occurring at certain intervals. That spike was a sound wave that had travelled the circumference of the earth four times. That tells you something about the extraordinary force of the explosion.’

How is infrasound measured today?

‘We are using microbarometers which register tiny variations in atmospheric pressure, or low-frequency microphones which can register sound of up to one Hertz. But it can also be done with an amplified speaker in a closed space. Such a set-up would enable you to register the signals of supersonic flights over the North Sea, for example.’

What are the measurements of infrasound used for?

‘KNMI is helping to verify the Comprehensive Nuclear-Test-Ban Treaty (CTBT) of 1996. At this moment sixty monitoring stations are in the process of being installed of which some fifty are now in place. It’s a worldwide measuring network capable of registering nuclear testing anywhere in the world. We’re installing seismometers on land, hydrophones in the ocean and we’re measuring infrasound to detect atmospheric nuclear testing. The network allows us to keep an eye on the whole world. We immediately spotted the North Korean nuclear test last January. The verification of the data to make sure we’re actually dealing with a nuclear test and not an earthquake is done at the request of the Ministry of Foreign Affairs.

So there is a strategic component to these measurements. But the great thing is that we now have some lovely time sequences of the noise that is being generated in the ocean, the atmosphere and the earth and that we can use the network for scientific ends as well.’

What can infrasound tell you?

Our primary challenge is to acquire knowledge about every source of sound on earth, such as volcanos, earthquakes, colliding icebergs, calving icebergs or meteors entering the atmosphere. Whales, too, are a source of sound. Their calls are among the first you hear when you pop a microphone into the ocean. Are these sources becoming less or more active over time or not? That’s the sort of thing we want to find out.

Infrasound also makes it possible to probe inaccessible regions on earth, such as the upper atmosphere or the deep ocean. We can see if certain characteristics of the medium through which the sound waves travel is subject to change over time. Take deep sea temperature, for example. Climate scientists think that the temperature of the atmosphere hasn’t increased in the last couple of years but oceans are getting warmer. Where does that heat go? We know that the speed of sound in the ocean depends on the temperature of the water. So if a soundwave travels faster, it means temperatures are going up. This is one of the things we’re currently studying.’

So this technique is important for issues relating to climate science as well?

‘Yes, it is. At the moment I’m researching glacial calving in Greenland. What we want to know is whether it is on the increase or not. But there are many other uses. We found out that the icebergs in the ocean can be tracked more easily by looking at underwater signals. Around Antarctica skies are often cloudy making it difficult for the satellite to pinpoint the exact position of floating icebergs. And that poses a risk to shipping in the area, especially if they’re sizeable icebergs.’

Why are you continuing your research at TU Delft? You could have chosen to go elsewhere.

‘I have two reasons. One is that the department of Geoscience & Engineering at Delft has developed special seismic techniques for studying the earth’s interior. We’re hoping to transfer these techniques to other media, such as water. My other reason is that our search for applications is bordering on the research area of the people at the department of Geoscience & Remote Sensing. We are hoping to create a link between the two departments so we can cooperate or study infrasound sources together. That makes TU Delft such a good place to develop knowledge.

What are your plans for the next few years?

My immediate concern is building a team and starting exciting research projects. We’re not complete yet, I still need a postdoc researcher, for instance. Once we’re ready we can start working on a whole range of ideas. We have already completed a number of studies that show the potential of certain techniques. That is something we hope to build on in the coming years.’

The beauty of all these techniques is that all we have to do is listen. We are not sending a signal into the world and then monitoring it. It’s a passive thing: you put a microphone somewhere on earth and start listening, that’s all. And just by listening to the earth we can learn more about it.’

‘The beauty of all these techniques is that all we have to do is listen.’ 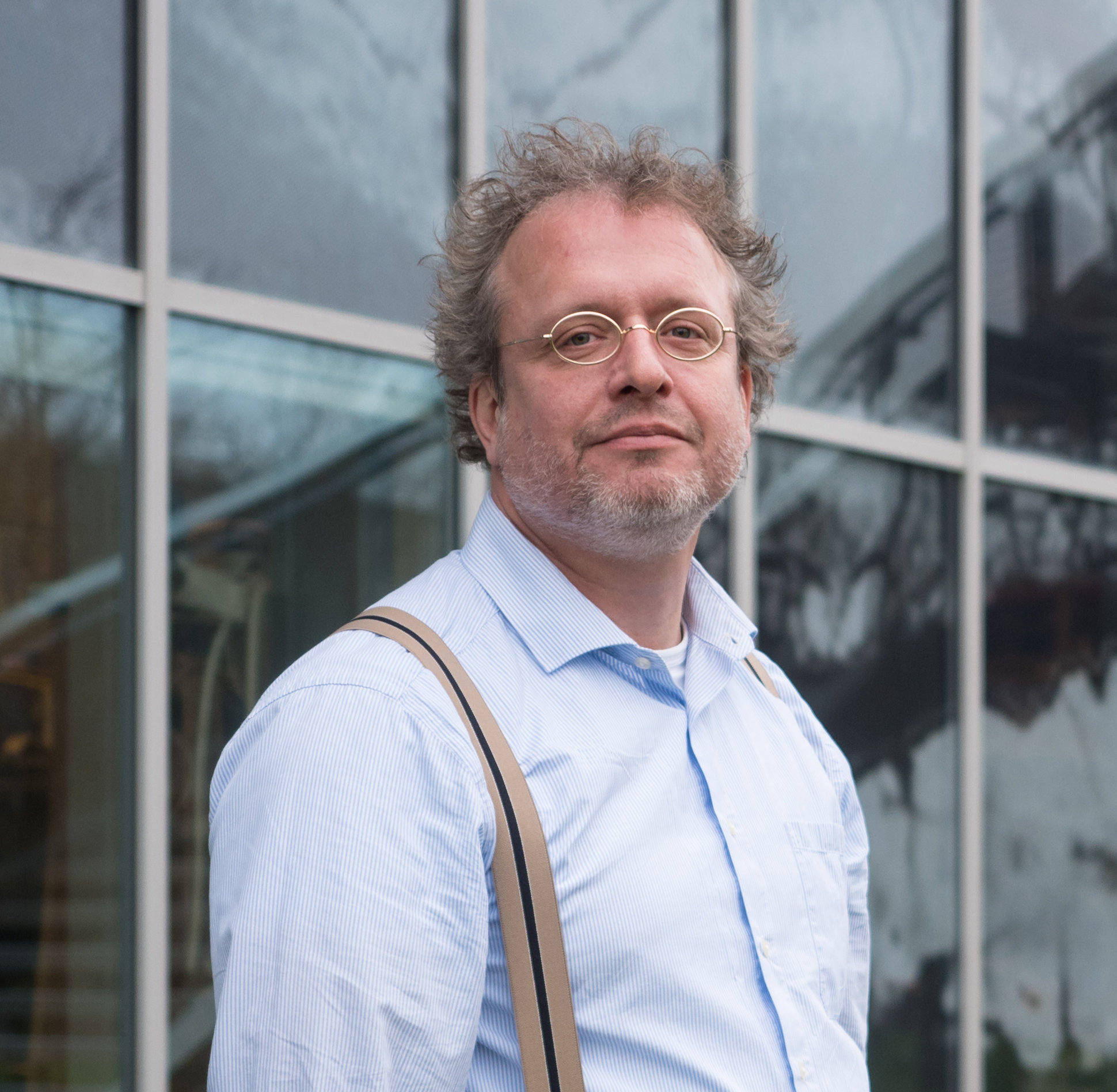