Since people began to realise, as early as the 19th century, that there was a need for civil as well as military engineers, Civil Engineering has been the oldest and defining discipline in Delft. In fact, its roots go even further back than that, because land reclamation and protection against flooding have been serious endeavours since the early Middle Ages. Professor Marcel Stive is well aware that his specialism, Coastal Engineering, owes much to the legacy of such luminaries as Simon Stevin, Cruquius and Johan van Veen.

The modern faculty of Civil Engineering and Geosciences is a unique centre of knowledge that attracts engineers from across the world. Nevertheless, Stive is reluctant to dwell too much on its history or to gloat about the leading global position the faculty now holds.

‘We must be careful not to become smug and rest on our laurels,’ he says. ‘We need to respond to the needs of the world out there. These include managing the risks of climate change and rising sea levels, which is what we are working on here in Delft.’ This is the same proactive approach that Stive advocated back in 2008, as a member of the second Delta Commission (chaired by Cees Veerman). Never resting, but always remaining alert to changes, carefully monitoring and being prepared for the risks presented by an unpredictable climate and higher levels of seawater.

Stive is working with his PhD students, postdocs and other university partners in and beyond Delft on two major research programmes: NatureCoast (an STW Perspective project) and NEMO (ERC Advanced Researchers Grant).

For NEMO (Nearshore Monitoring and Modelling: Interscale coastal behaviour), Stive and his fellow researchers have the whole of the coast from the Hook of Holland to Scheveningen as their experimental area. NatureCoast focuses on the sand engine and is more interdisciplinary, involving six different universities. Thanks to the pioneering work achieved by Ronald Waterman, who began highlighting the need for ‘soft’ coastal protections through the stimulation of natural processes decades ago, the weak links between the North Sea and the hinterland are now a thing of the past. Dredging companies have brought millions of cubic metres of sand from far offshore to the coastline, so that the seabed on the flood line is now less steep, the waves break further out to sea and the beach is higher. But depositing sand in this way is expensive (trailing suction hopper dredgers cost money and consume energy), disrupts the natural environment and the sea continually washes the sand away again. The search is therefore now on for a more sustainable form of sand replenishment.

This is why Stive came up with the idea of the Sand Engine (Zandmotor), a massive mound of sprayed sand consisting of 21 million cubic metres of sand, creating a peninsula off the coast at Kijkduin-Ter Heijde. It has now been in position for a year and ‘is doing exactly what we thought it would.’ The sea has already carried around one million m3 of sand towards the beaches to the south of Scheveningen. However, not everything has gone as predicted, because the experiment has only just started and the models cannot be refined until sufficient measurement data has been collected.

Stive is enthusiastic about the way in which his PhD students are conducting the monitoring. They travel along the Sand Engine on a jet ski packed with equipment to measure changes in the seabed, ride a quad bike across the beach to measure the height and amount of sand and if things go to plan, they will soon have their own drone, a remotely-controlled mini-helicopter to collect aerial information. The network of Argus cameras on high-rise buildings along the coast is also growing. The photos of the white lines created by the breaking waves are being used by the researchers to extrapolate how the coastal profile (the incline in the seabed) is changing.

Stive is extremely enthusiastic about the measurements being conducted. ‘We have completely modernised our laboratory here in the faculty. We are also conducting increasing numbers of field measurements for which we have developed new equipment. And because sensors and GPS receivers are getting cheaper all the time, we can collect even more data.’ The fact that many of Stive’s PhD students are lovers of water sports who feel completely at home at sea and in the surf also makes the measuring easier.

The Sand Engine research is being sponsored by STW (the NWO funding organisation for technical research) and the EU (through the regional development fund). Stive is very happy with the fifteen million euros worth of funding available for him to investigate the coastal region together with his university colleagues and researchers. In addition, the Directorate-General for Public Works and Water Management (Rijkswaterstaat) and the Hollands Noorderkwartier Water Board appear to have enough confidence in this form of coastal protection to be planning to create another sand engine near Petten as a ‘soft’ alternative to the Hondsbossche en Pettemer Zeewering, a weak link in the coastal defence that does not comply with the standard of a chance of flooding only once every 10,000 years. This location for a sand engine is even more interesting because of the vicinity of the Wadden Islands and the currents in the Marsdiep strait. A gradual raising of the mudflats or the beaches around Texel in this way will be good for nature and improve flood defences.

Other European countries, including Belgium, France and the UK also face issues of coastal erosion, although the coast is often made up of different materials (such as pebble beaches or chalk cliffs). Nevertheless, the results of the experiment on the coast of Zuid-Holland could be of major relevance to them. The same is true for other threatened areas of the world, including the Mississippi Delta, where work is underway to repair the natural barriers offshore, or in Asia where world cities such as Bangkok, Ho Chi Minh City and Jakarta are at major risk of flooding. Now that Myanmar (Burma) is opening up its borders more readily, it has emerged that hurricanes, sudden rainfall and floods are also claiming numerous victims there. ‘The risks are enormous in that delta. There is a great deal to be done to protect against flooding and, as a world player in hydraulic engineering, the Netherlands must make a contribution,’ believes Stive.

Pictures of The Sand Engine 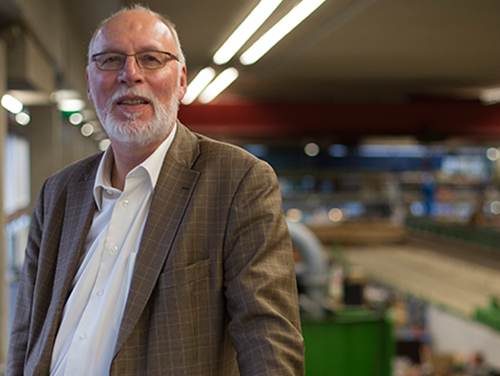