The Netherlands has had an indissoluble relationship with water throughout history. Nowadays, 2400 km of waterways flowing through its veins use timber retaining walls along their banks. A more eco-friendly solution than brick or concrete but, still, not as sustainable as it could be. Civil Engineer Abhijith Kamath is researching an alternative method to use tree roots to strengthen waterways’ banks. Making Dutch channels greener in every way.

Bacterias responsible for wood decay need oxygen to survive. Like the woodpiles that sustain the city of Venice, untreated local wood (soft-wood) carries out its role since most fungi cannot survive underwater. The issue emerges above where soft-wood struggles against decay and a stronger treated wood is needed. Such wood comes from outside Europe, contributing to the deforestation in the Amazon, to added emissions of carbon dioxide (CO2) during its transport and to a rise of price.

To overcome such issue, PhD candidate Kamath looks into new solutions and brings his expertise as a Geoscience engineer in an interdisciplinary research project that merges Biology, Geoscience and Structural engineering. “When different subjects meet, innovation happens,” says Kamath. “Natural elements like soil, wood and tree roots do not behave like steel or concrete. More variables are involved and the challenge lies in completing tests that meet targets from three different disciplines.”

The main idea of Kamath’s research is to build sheet-pile wooden structures out of local untreated soft-wood alone, planting along hop and willow trees right next to it. Over time, the soft-wood decays and gets weaker while the plants' roots grow deeper. Reinforcing the soil and helping out the bank to hold out against water in the same way steel helps concrete. 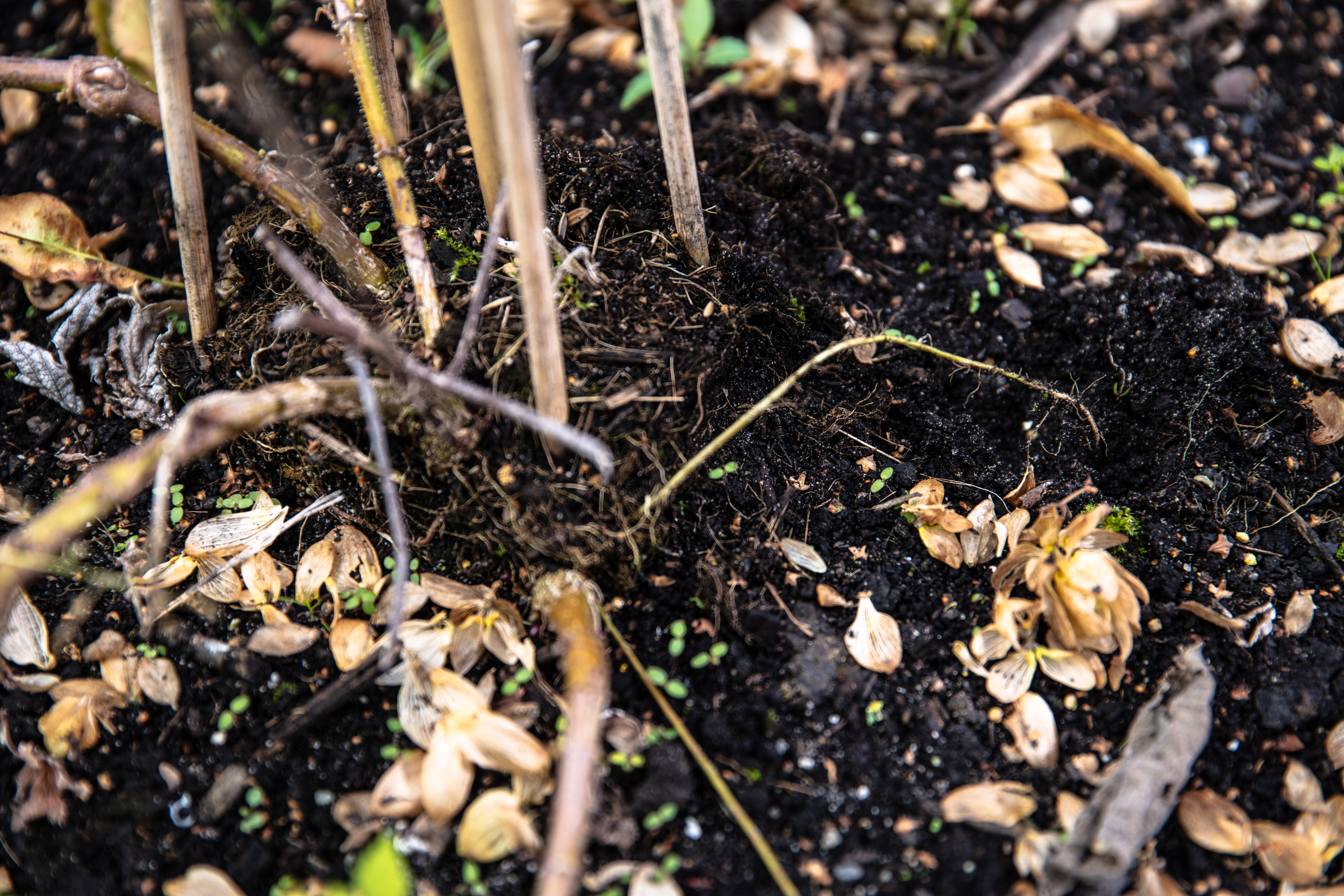 A green thumb for testing

“It is interesting to study long-term behaviour of root-soil composites,” says Kamath. “Compared to standard laboratories, there is more patience involved.”

Kamath splits his time between his office and the scent of flowers, the chirps of the birds and the silence of the Botanical garden of Delft. Growing his plants in half-meter by half-meter wooden boxes. Then, when the time has come, he picks up one box at a time with a lifter and brings them to a temporary wooden laboratory setup in the garden for experiments. The testing machine, one of the very few large scale controlled root-soil testing equipment worldwide, puts the lower part of the soil underwater and shakes it while holding still the upper part. Simulating the effects of a submerged stream bank failing under short or long-term loading. At the end of it, Kamath makes his hands dirty and starts digging inside the box to count roots. Checking which ones didn’t break and verifying how the diameter, length, angle and orientation of trees’ roots grew over time and in different conditions.

Kamath identified two plants with strong enough roots for his project: willow and hop. Hop grows up to 30 cm a day in excellent growing conditions, and its fruits can even be used for brewing beer. “It is a win-win situation,” says Kamath. “It is a potential small business for garden owners living next to a channel. You can make your garden more beautiful and make a profit with local breweries.” 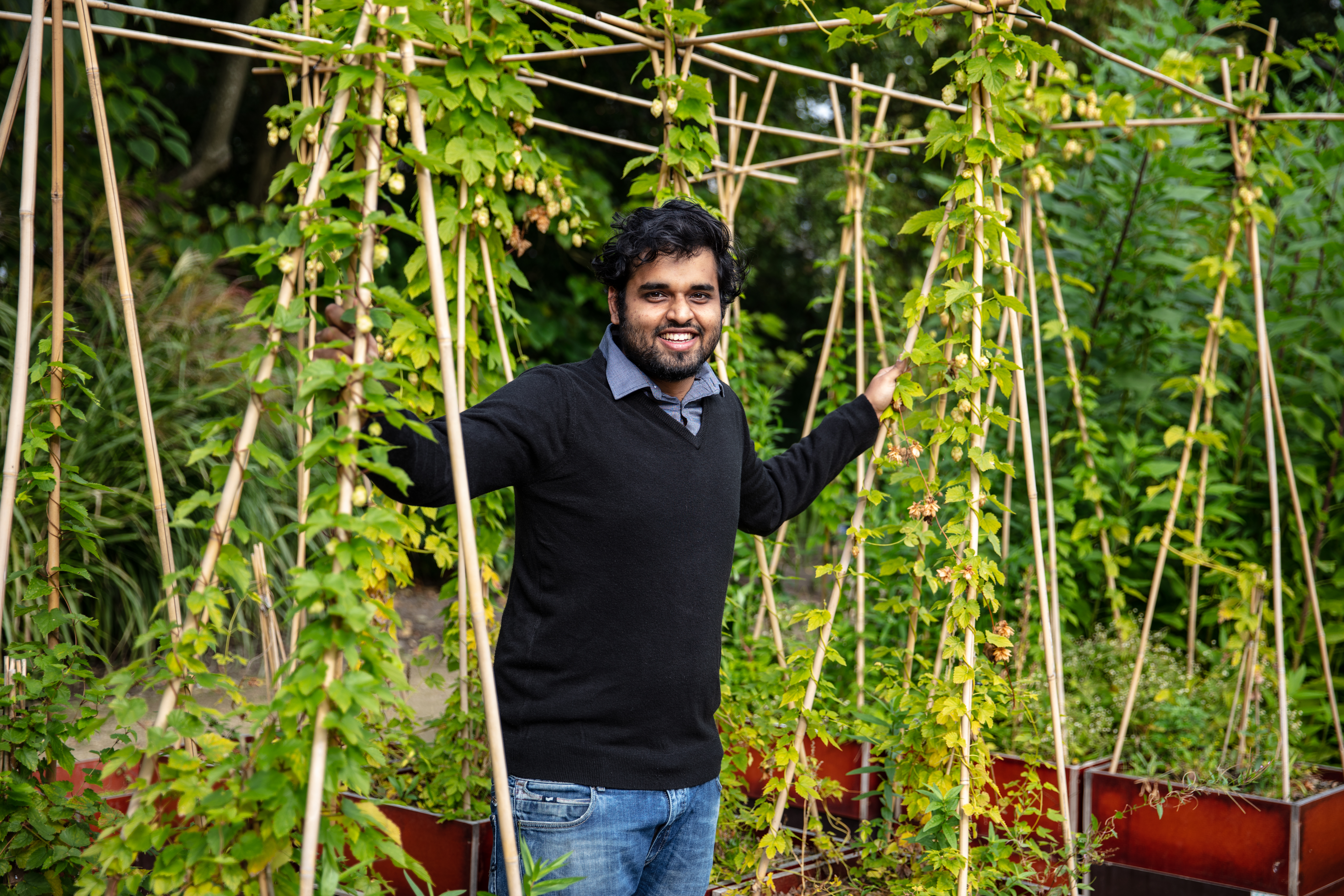