Even the most robust of dykes can be prone to seepage: groundwater that permeates the soil underneath the dyke and ends up in the polders behind them. It’s a headache for livestock farmers and water boards alike. Professor of environmental geotechnics Timo Heimovaara, postdoc Susanne Laumann and PhD candidate Jiani Zhou are currently testing SoSEAL, a technique inspired by a natural process which uses organic materials to seal permeable soil layers. The first test has already proved successful.

In October last year a soaking wet and very cold Jiani Zhou found himself carrying out measurements while battling fierce autumn storms on top of a dyke near Schoonhoven in Zuid-Holland. It was not something the PhD candidate had envisaged when he made the journey from China to Delft to work on his Master of Science degree in 2013. Instead of preparing for a future in tunnel engineering, Zhou ended up studying soils, chemistry and dyke safety as part of a research team headed by professor of environmental geotechnics Timo Heimovaara.

A very Dutch disease
For some years now all Zhou’s energies have been focused on testing SoSEAL, an innovation that may cure a very Dutch disease: groundwater which is permeating the soil underneath dykes. Seepage continues to be a challenge for water boards, livestock farmers and water companies, Heimovaara and Zhou affirm. ‘Sometimes groundwater flows via a deeper layer of soil underneath the dyke to emerge in the polder on the other side. If the water levels of a river are high water pressure inside the dyke increases as well. That means the seepage problem can get even worse – and that’s what you want to avoid in a situation like that,’ Zhou explains.

Working with nature
Civil engineers tend to opt for robust technology to solve a problem, Heimovaara says. ‘That usually means a method aimed at controlling nature. SoSEAL is a technique that works with nature. It is inspired by a process that takes place in podzol, a type of soil in which water is blocked from entering in a natural way. At a certain depth an organic sediment is formed in the pore spaces between the grains of sand which effectively prevents the groundwater from getting through. Being a soil scientist this struck me as something we might be able to use.’

Veersedijk
Apart from the fundamental research side, the project has developed an impressive practical component brought about by the involvement of a number of commercial businesses interested in the applications of SoSEAL. A series of annual trial projects has been scheduled to test the efficacy of the product under different field circumstances. The interest of construction firm Heijmans and advisory and engineering consultants Tauw were even instrumental in starting the research project in the first place, Heimovaara says. ‘They had heard about the idea and a couple of years ago they asked us to test SoSEAL on the Veersedijk, a dyke on the river Lek near Schoonhoven. They wanted to know if SoSEAL could solve the problem of a porous sand layer underneath the dyke.’

What followed was a challenging two weeks, Zhou says. Not only was the Dutch autumn weather true to its blustery reputation, the sand layer proved much thicker than originally expected which meant the method for injecting SoSEAL had to be adapted on the spot. The test was successful but it would take Zhou many months to prove convincingly that the sand layer had indeed become impervious to groundwater following the SoSEAL injection. ‘We as a team were confident the water could not get through. But companies need more than that.’

De Gijster
After the success of the Veersedijk pilot next in line is a project at De Gijster, a drinking water reservoir in the Biesbosch where one of the dykes will be injected with SoSEAL at the end of the year. So will Zhou be braving the wind and rain again on top of a Dutch dyke? ‘It was cold, we were tired, and it was hard work. But I enjoyed it,’ he says with a smile. ‘I felt responsible: it was my design, my baby. I wanted to see if it would work out the way I expected and if it didn’t I wanted to find out why. But in the end it worked and when that happens it makes you very, very happy.’ 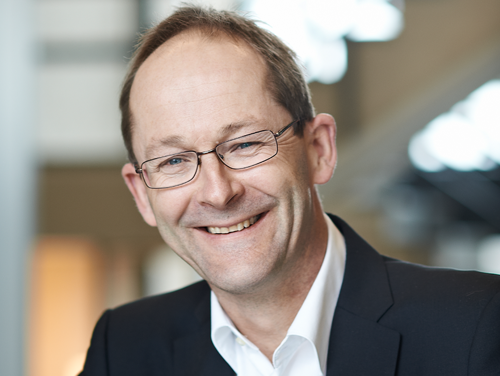 Also read the article on NWO.nl: Jointly strengthening a dyke and mutual trust