Complicated subsurface structures frequently obstruct the search for new oil and gas deposits. Geophysicist Joost van der Neut has been working on a new technique for analysing soundwaves which will make complex subsurfaces easier to read. But this is not the only practical application of the technique. It might also be used as a medical tool and could, in future, constitute a step forward in the detection and treatment of cancer.

Many companies and researchers use seismic reflections to create an image of structures deep under the surface, says Van der Neut. "This involves sending a soundwave into the subsurface, such as the sound of an explosion. Certain layers in the subsoil will reflect the wave and that signal is then registered at surface level. These data can be processed to construct an image."

Often subsurface structures will reflect a soundwave more than once. "That is an ongoing problem especially in a situation where layers are strongly reflective and prevent you from getting more information about the structures underneath. You are getting a signal but it is difficult to ascertain which part of the signal contains the relevant information. The technique that I and my colleagues at the department  of Civil Engineering and Geoscience and the Colorado School of Mines have developed in the last few years is a way of interpreting these multiple reflections."

In order to do this Van der Neut uses a specific soundwave  with a signature that can be constructed from  reflected signals. "This soundwave which focuses at a particular location in the subsusurface has certain characteristics and returns to the surface in its mirrored form. This gives us a way of recognising the soundwave in the reflected signals which can then be used to create an image of the site."

The idea was first explored in quantum physics, says Van der Neut. "It wasn’t used in acoustic research until the beginning of this century but the search for applications came to a halt because the mathematical equations only applied to one dimension. In recent years scientists at Delft have worked hard to write equations which will work in three dimensions.

"This method is a promising one precisely because it’s so difficult to get a picture of what lies underneath complex subsurface structures."

The oil industry has already shown much interest in the new technique. ‘This method is a promising one precisely because it’s so difficult to get a picture of what lies underneath complex subsurface structures. In the Middle East hollowed-out limestone structures, or karst features, are common. These structures interfere with the signal. Many Middle Eastern interests would be served if a solution to the problem could be found. The technique can also be used to look beneath salt structures which are prevalent in the subsurface near the Gulf of Mexico."

Van der Neut is presently exploring a completely different application of the technique: in medicine. "The principle of distorted reflections also applies to  photoacoustic imaging in medicine where light of a certain wave length enters the body. As soon as this light hits a blood vessel it will immediately be transformed into sound making visible the blood vessels in for instance a hand or a finger. But the bones in the hand distort the signal. We can try to filter out this noise on the basis of the same principles."

"Cancer research is another hugely relevant area of interest."

"Cancer research is another hugely relevant area of interest. Tumours generate extra blood vessel growth which might be detected more effectively with this technique. But lately medical researchers have also been exploring the possibilities of destroying tumours by means of locally focused soundwaves. This would make surgical intervention superfluous. I think that is one of the most fascinating applications of all."

Van der Neut stresses that it is far too early for predictions. "It really is only a dream at this stage. I’m still trying to find the right direction and studying medical research papers. There are no data at the moment, for instance. But I’m hopeful. This is an application with potential." 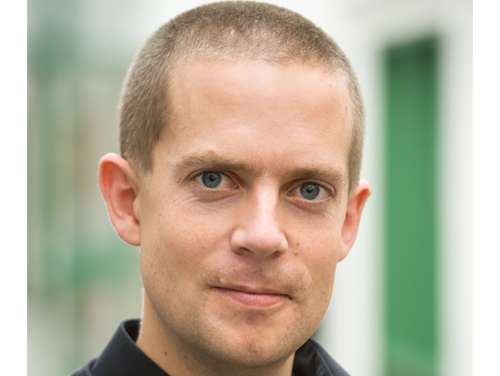