When looking at a dike, you wouldn’t be able to detect any motion in this robust structure. Though in fact there is. On a millimetre level, dikes expand and shrink in relation to the weather conditions. Ece Özer showed that observing this ‘breathing’ of dikes could help prevent catastrophic flooding events. She used this feature to create an innovative model based on satellite data to better detect weaknesses in a dike.

Read the scientific paper Özer has published in Nature Magazine

As a PhD-student, Özer researches dike safety and flood risk. “I like that with my research, I can help people live safer.” The model she works on is based on the seasonal changes dikes undergo. In winter, cold temperatures and rainfall cause dikes to be full of water, thus they expand. In summer, sunny hot weather dries the dikes out, shrinking them ever so slightly. “It’s a bit like breathing. It goes up and down with meteorological conditions,” Özer explains.

By looking at satellite images and combining these with meteorological data, Özer was able to determine the normal ‘breathing’ behaviour of dikes. “Now that we know what we can expect, we also know when a dike is behaving abnormal. Then we can say: ‘hey, go and check there.’ It’s kind of an early warning method.” 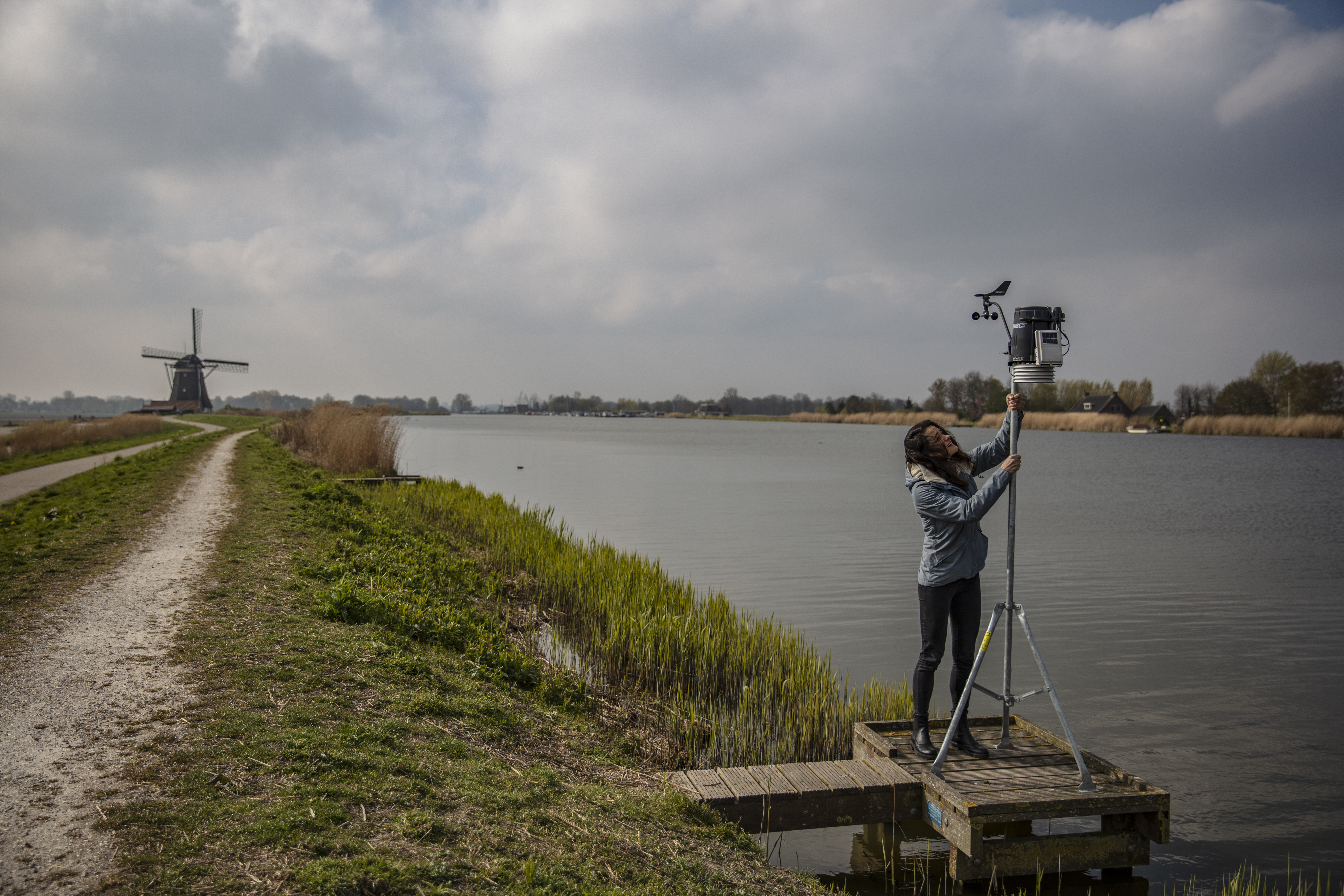 In the Netherlands, rising sea levels and more extreme weather conditions are the greatest dangers to the dikes. It’s vital that weaknesses are detected in time. Visual inspections, usually carried out twice a year, are still the main method for this. “Someone goes on top of the dike to check if there is anything happening, without making any measurements. We have to move on to more advanced methods and more continuous monitoring.

Measuring on a millimetre level from kilometres away

Özer’s model allows for more frequent monitoring over great distances of dike. This could mean a lot for the timely detection of weak spots along the almost 20,000 kilometres of Dutch dikes. “With the use of satellites, we can measure the movement of the surface on a high precision millimetre level from many kilometres away. And this on an almost daily basis. The changes are very small, but can be used to detect problematic locations. When it’s too dry, like last summer, we know we have to be alert.”

Images of the earth’s surface

To measure the changes in the dike’s surface, Özer makes use of satellite radar interferometry, also known as InSAR. This satellite technology can take millions of high-resolution images of the earth’s surface revealing the tiniest deformations. In addition, it is a relatively low-cost technique. Though using the satellite data is not as simple as it sounds. “Satellites just take images in time. The hard part is to process this raw data and estimate a time-series of deformation.”

Luckily, for this she was able to collaborate with Ramon Hanssen’s research group at TU Delft, which works on improving the methodologies for the processing of satellite images. “It’s good to combine our work: they have the data and the advanced knowledge and I can apply this to different cases to show the usefulness of satellite data.” 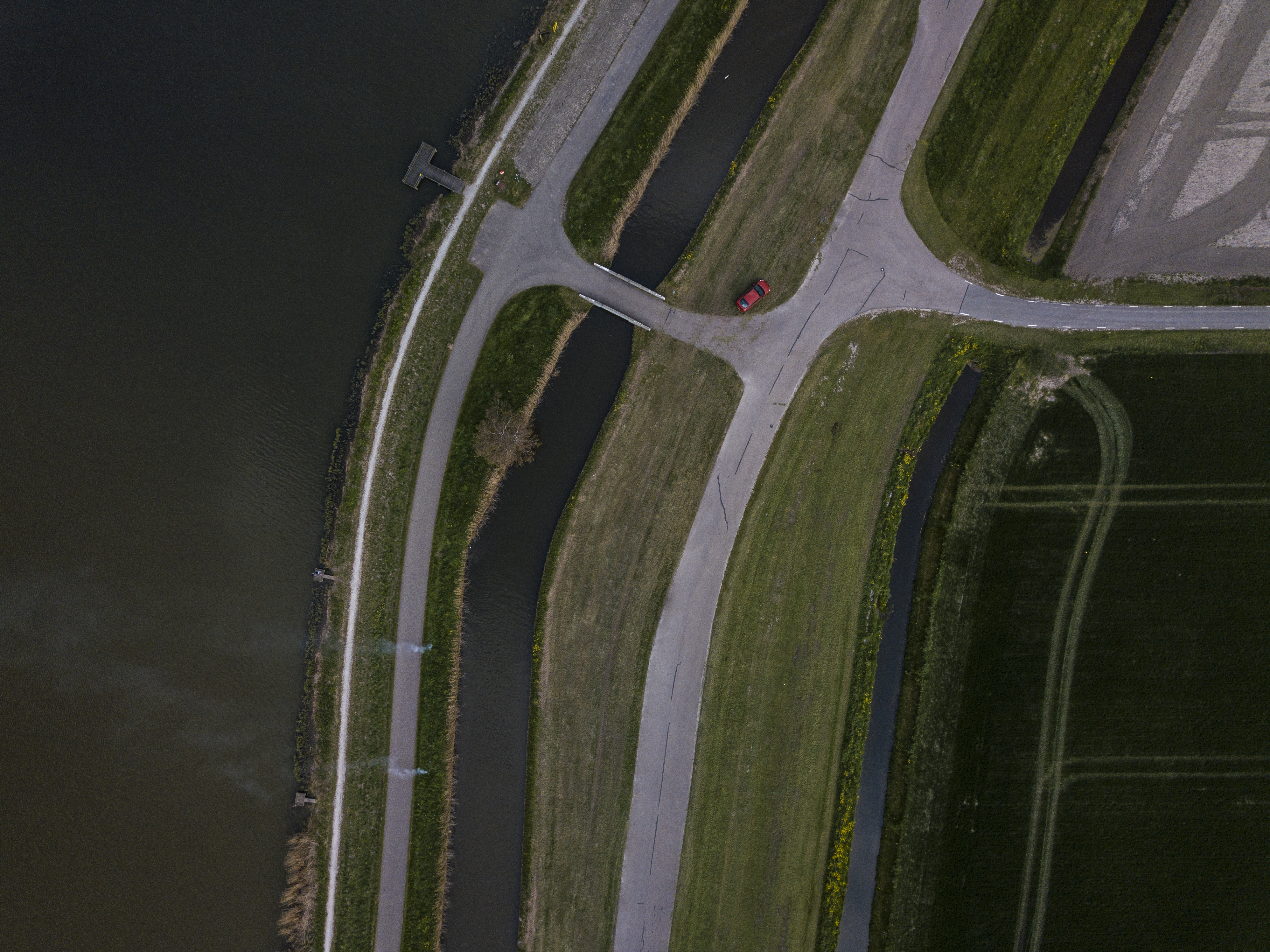 The dangers of drought

To get a better understanding of what deformations signal an upcoming dike failure, Özer studied the dike breach in the Dutch village of Wilnis in 2003. That summer a heat wave tormented the dike for a hundred days straight with high temperatures and drought. When water managed to get underneath the dried-out soil inside the dike, a big piece of dike was wiped away, flooding the houses on the other side.

While at the time SAR satellite data weren’t available yet, Özer is confident the technology would be able to detect these deformation patterns now. “A case like this could have been detected in an early stage using this model. The data would have shown it’s too dry and deforming too much. That’s a red flag, on the basis of which countermeasures could have been taken.”

The next step in Özer’s research is to make a statistical analysis to be able to predict abnormal dike deformations. She is very positive about the potential of satellite data for improving dike safety, not just in the Netherlands. “There is satellite data available everywhere around the world. Meaning this model could be applied anywhere. This is especially useful to countries with a lot of kilometres of dike to monitor like Germany, the United States or China.” 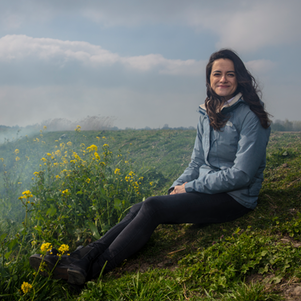 Özer has published on the observation of sub-seasonal dike deformation with use of satellites in Nature Magazine, co-authored by S.J.H. Rikkert, F.J. van Leijen, S.N. Jonkman and R.F. Hanssen.