Going from A to B by car in the Netherlands does not always turn out to be as smooth a journey as we might wish. In spite of extensive data on driver behaviour and traffic intensity, bottlenecks continue to occur in a number of problem areas. The Delft Integrated Traffic & Travel Laboratory (DiTTLab) is modelling traffic flow to flag up potential snags. To Hans van Lint, initiator and professor of Traffic Simulation & Computing, the DiTTLab is a like playground. "We’re playing with data layers. Layered data modelling allows us to come up with answers to ‘what if’ questions’ that we couldn’t have found otherwise."

People are leaving behind data everywhere: GPS data, mobile data, social media data. Road traffic flow is measured by cameras and inductive loops – iron coils which detect movement. The internet is a plentiful source of information too, with open data on car park occupancy rate or public transport timetables. Hans: "In the lab we collate data and develop mathematical models. These models are used to simulate traffic systems. What would happen if we removed or added a traffic lane? What if we can persuade people to make a change to the time they set out for work every morning? Those are the sort of questions models help us answer."

The data from the models can then be used to find out how many people travel between a given A and B, why they are travelling at a particular time, what means of transport they are using, why they are choosing a particular route and what the dynamics of tailbacks are. "Our work begins and ends with data: first of all we need them to understand how things work and then to make models which can shine a light on ‘what if’ questions. We also need data to check if the models are actually doing what they’re supposed to do i.e. making decent predictions."

The traffic problems modelled by the DiTTLab are approached on a number of levels. At macro level scientists look at large-scale traffic flows. Problem routes are scrutinised at network level and traffic behaviour at micro level. "At the DiTTLab we concentrate mainly on large road traffic flows, and that includes public transport. I want to develop simulation models for all of these levels but that means I need data pertaining to each one." The value of the acquired data on large-scale traffic flows is largely undisputed but that is not the case with the micro level data. "We don’t know very much about individual behaviour, such as how people decide to overtake, for instance, or other risk taking processes. Our models don’t reflect the way people really behave on the road. In order to remedy that situation we need detailed information and incorporate psychological factors."

A recent traffic project is the Urban Mobility Lab which is investigating the impact of such new infrastructure projects as the North-South Line and the roofing over of the A10 in Amsterdam. Hans van Lint and Professor Serge Hoogendoorn (Transport & Planning) are working with Amsterdam local council to study the consequences of the changes on Zuidas, the area around Amsterdam-Zuid station. Will the traffic flow into the south of Amsterdam increase? Should parking policies be reviewed? "In order to make long and short-term predictions we need to monitor traffic flow and collect data."

The DiTTLab is still finding its feet, says Van Lint. "We’re in the process of finding data and turning them into simulation models. It takes time to evaluate information properly and establish links between data. We don’t want to end up comparing apples to oranges. We also need time to assemble a multidisciplinary team to enable us to create the simulation models we want. Our scientists are very good at logical thinking but in order to combine data you also need computer scientists, data experts and other traffic and transport knowledge. We are hoping to incorporate psychological research into traffic behaviour as well. We can only give correct answers to ‘what if’ questions’ if we all work together." 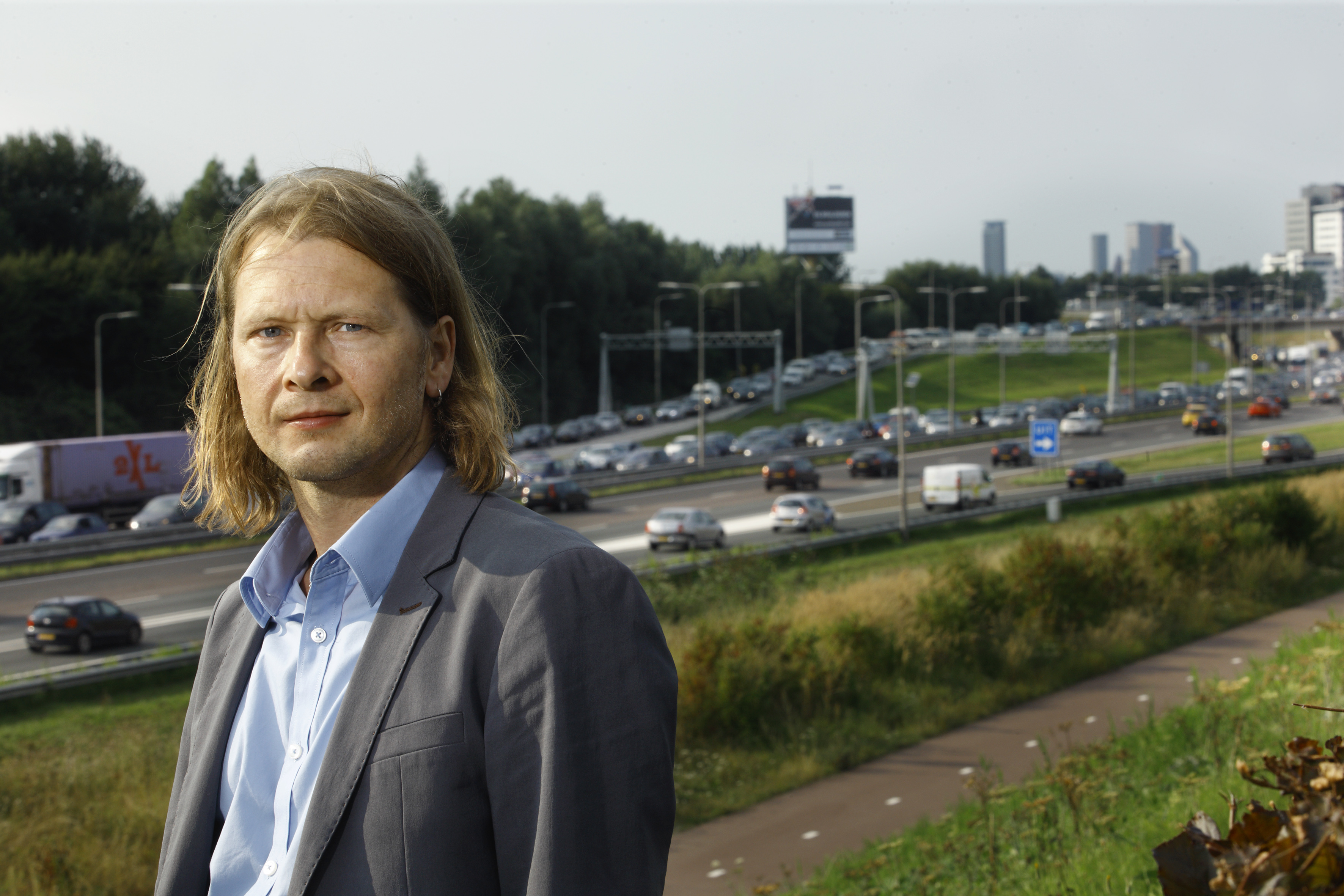