Rain radar, weather apps, satellite images and code yellow (weather warning code in NL): we are all fascinated by the weather. Nevertheless, even the experts know less about it all than we think, particularly when it comes to the weather at night and in cold areas. Bas van de Wiel wants to change that. He intends to use his ERC Consolidator Grant to give the underappreciated nights a bigger role in weather and climate models.

Cloudy and windy versus clear and cold

Typically, there are two types of weather at night. Either it is cloudy and windy and then it doesn’t cool down as much or it is clear and cold. This is all influenced by what happens in the atmosphere’s lower layer, the layer influenced by the heating and cooling of the earth’s surface. “If it’s windy and cloudy then there is much more turbulent mixing in the lower layer,” explains Bas van de Wiel. “The turbulence causes heat to be transported down towards the earth’s surface so it doesn’t cool down as much at ground level.” The opposite can also occur: “If the lower layer is stable, you refer to laminar flow. No warm air comes from above and the earth’s surface cools down due to radiative heat loss.”

Predicting when one or another weather type will manifest itself is still not reliable. “Everyone is familiar with the phenomenon and it can be measured around the globe, yet there is still no explanation for it,” according to Van de Wiel. “We are going to try and explain why the weather suddenly changes at night. In one case you have a relatively warm night and in the other it’s very cold or mist suddenly develops.” Pretty important in other words because phenomena as unexpected morning mist or icing are a disaster for traffic and night frosts can wreak havoc on crops. Then there is smog too. “The effect of weather on smog development isn’t studied much in the Netherlands. If there is mist around Christmas it can be very persistent. The same applies to air pollution for instance from moving cars. In quiet evenings it hardly disperses.”

Not only that, but in cold regions or in our country in the winter these stable lower layers can also occur during the day. “Half the world is shrouded in darkness. Add the huge expanses that are cold and over half the earth has this weather type.” Properly understanding and predicting stable lower layers therefore also influences our climate models. “The climate is changing, but due to our ignorance of what is going on in the Arctic areas, meltwater, for example, isn’t calculated properly.” That is why, for instance, there are major lacunae in the expected temperature rise this century, but even tomorrow morning’s weather has a habit of surprising us with all the resulting consequences.

The soil, wind and precipitation

So, why is this such a difficult subject? Because so many different processes influence one another, according to Van de Wiel: “There are  processes, such as longwave radiative cooling of the earth surface. These compete with turbulence generated by the wind. The soil is also of great influence.” That soil is one of the things he wants to pay extra attention to. “Concrete roads easily release heat from below and keep the air temperature a little higher. Grass on the other hand works like a blanket. It insulates in a sense that it prevents heat release from below. As a result, the air  may cool very rapidly.” Another related phenomenon is precipitation. “A millimetre of rain isn’t interesting, but the same amount of water in the form of snow creates a layer a centimetre deep insolator that allows very rapid cooling of the air. The snow changes the physical properties of the system entirely.” Wind is another important factor. There’s been a success with that. “At night the wind creates turbulence which efficiently transports heat towards the earth. We have found a formula to determine the critical wind speed at which this turbulence ceases suddenly. Sudden death is what we call this phenomenon. When that happens it can become five to ten degrees colder and, in Antarctica, even 30 degrees.”

The interactions between all these processes are what Van de Wiel and his colleagues want to better understand so they can incorporate them into weather models. They will thereby examine every level from fundamental to extremely applied. This demands a large number of expertises and cooperation. “The nice thing is that I work with doctoral candidates who each have their own background. One is into measurements, the other into numerical simulation and yet another is interested in theory building using pure maths and physics. I also supervise a PhD candidate in France who is working on Antarctic data as it contrasts with our climate. Also it gives us access to those fascinating data.” The KNMI (Royal Netherlands Meteorological Institute) is an important partner for access to all manner of measurement data and for its links to actual practice. “Someone like Peter Baas knows all about weather forecasting in practice; he worked for the KNMI for years. Professor Herman Russchenberg and Pier Siebesma also have dealings with the KNMI. Everything we are looking into here can be applied immediately, that’s the strength of a team featuring all these different people.”

Van de Wiel works on the fundamental side of the research. “What I really enjoy is simplifying complex physical systems to their essence. You do so by using mathematical techniques to examine what the interactions between weather processes are like. Instead of all the bells and whistles you have to keep an eye on in a practical model, I pare it all away, right down to the core. That’s how you discover mechanisms.” Naturally, one can’t do without the other. “You need those advanced numerical simulations and models to see how realistic your theory is. You do so constantly on the basis of observations. These allow you to test your theory as well as gain inspiration. Observations often lead to surprises that force you to modify your theory or formulate a new one you see.”

Van de Wiel was passionate about physics from an early age. “I read books about it as a child. I wanted to study physics really, but impulsively chose Soil, Water, Atmosphere in Wageningen because I was also interested in biology and chemistry.” Physics however continued to attract me and so, after a number of years of research in Wageningen, I transferred to the Technical Physics faculty at TU Eindhoven. And now TU Delft. “As meteorologist I was somewhat isolated in Eindhoven. To conduct top-level research you need a lot of critical mass and other researchers you cross-pollinate with. This is the best location for environmental physics. My research intersects with that at Aerospace Engineering such as windmill turbulence and with the geosciences. If, as a meteorologist, you look at extreme weather then there is also a link with hydrology and the planning of cities and sewers.”

Related to his love of environmental physics is his passion for nature that he shares with his children aged 10 and 12. “My favourite hobby is nature. I collect skulls so if I find a dead animal I boil the flesh off the bones. We also look for snakes. There are only three species in the Netherlands. When we find one, I take a good picture of it, then release it again. My children want to be the next Freek Vonk (Dutch herpetologist researching venom and its applications).” Van de Wiel doesn’t mind. “That man has done a great deal to popularise science and is secretly an excellent scientist too.”

Basically Van de Wiel is always working in his field. “If you see something, you want to explain it. Say you are in the car and there are clear skies above the road, but there is dense mist on either side over the meadows. Those mist banks could float over the road. But why do they develop over the meadows and not over the road?” This sense of wonderment is what he wants to transfer to his students. “I want to explain to them that you can understand all manner of things using basic physics, but that there are still innumerable challenges. Because every time you have understood something a new thing appears that you want to comprehend.” In his opinion, that is the importance of academic education. “At school everything’s hermetic in the sense that it says these are Newton’s laws. You could also say: I don’t know either, that’s why we need you as a new generation of researchers.” 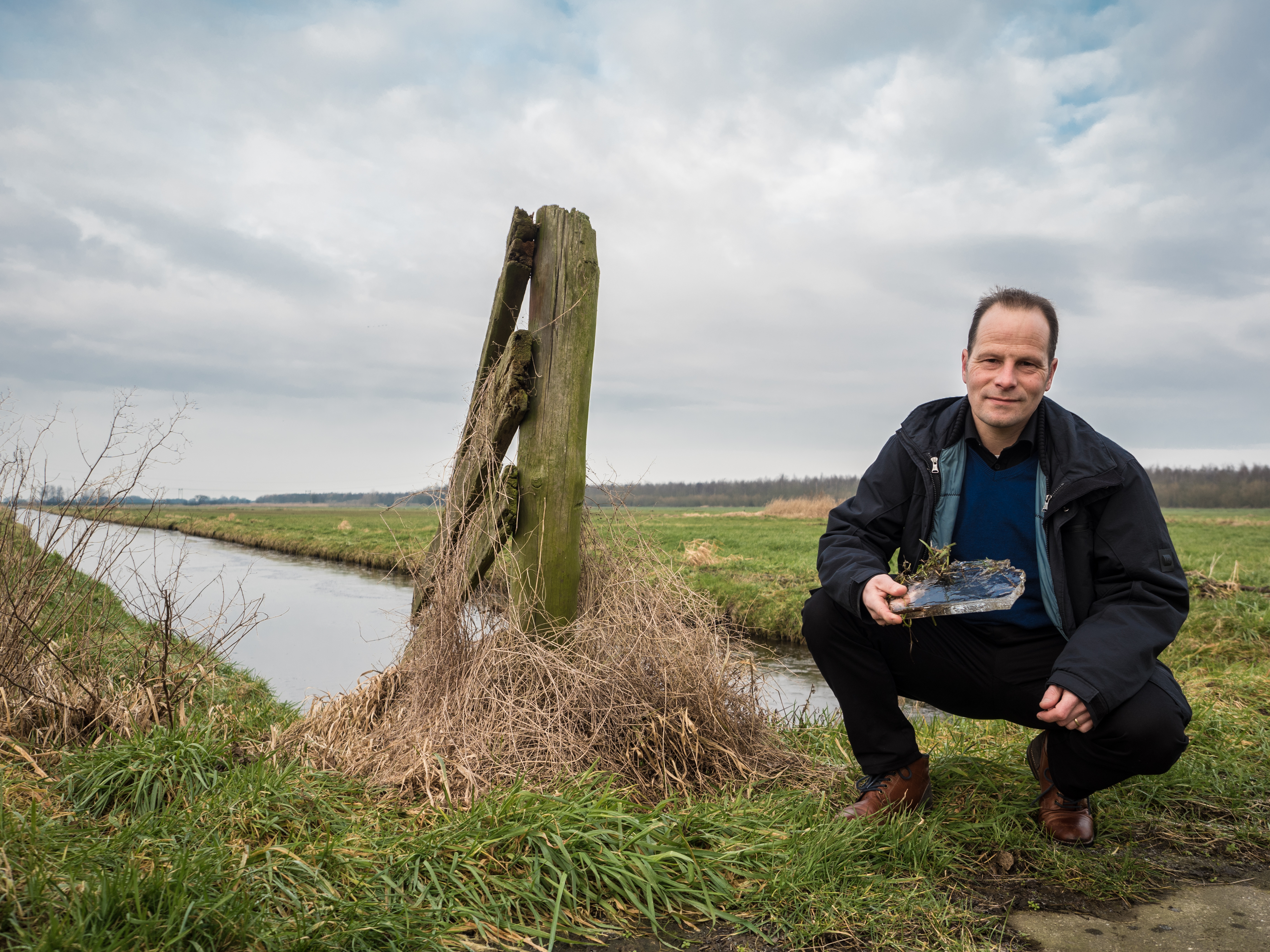