What the Wadden can teach us

Intertidal zones are crucial for the protection of our coast and as stop-overs for migrating birds. But, increasingly, many of these sand and mudflats are disappearing permanently underneath the waves. Cynthia Maan investigated how by cooperating with nature and using a systems-based approach these precious resources can be saved.

If you have ever sloshed your way through the Wadden mud in your wellies or gone out in a boat to spot the seals you are bound to have seen them: the sand and mudflats which emerge at low tide and disappear again when the tide comes in. Although the biggest and best-known of these intertidal zones are located in the Wadden area, they can also be found on the west coast, for instance in the Westerschelde and Oosterschelde estuaries. 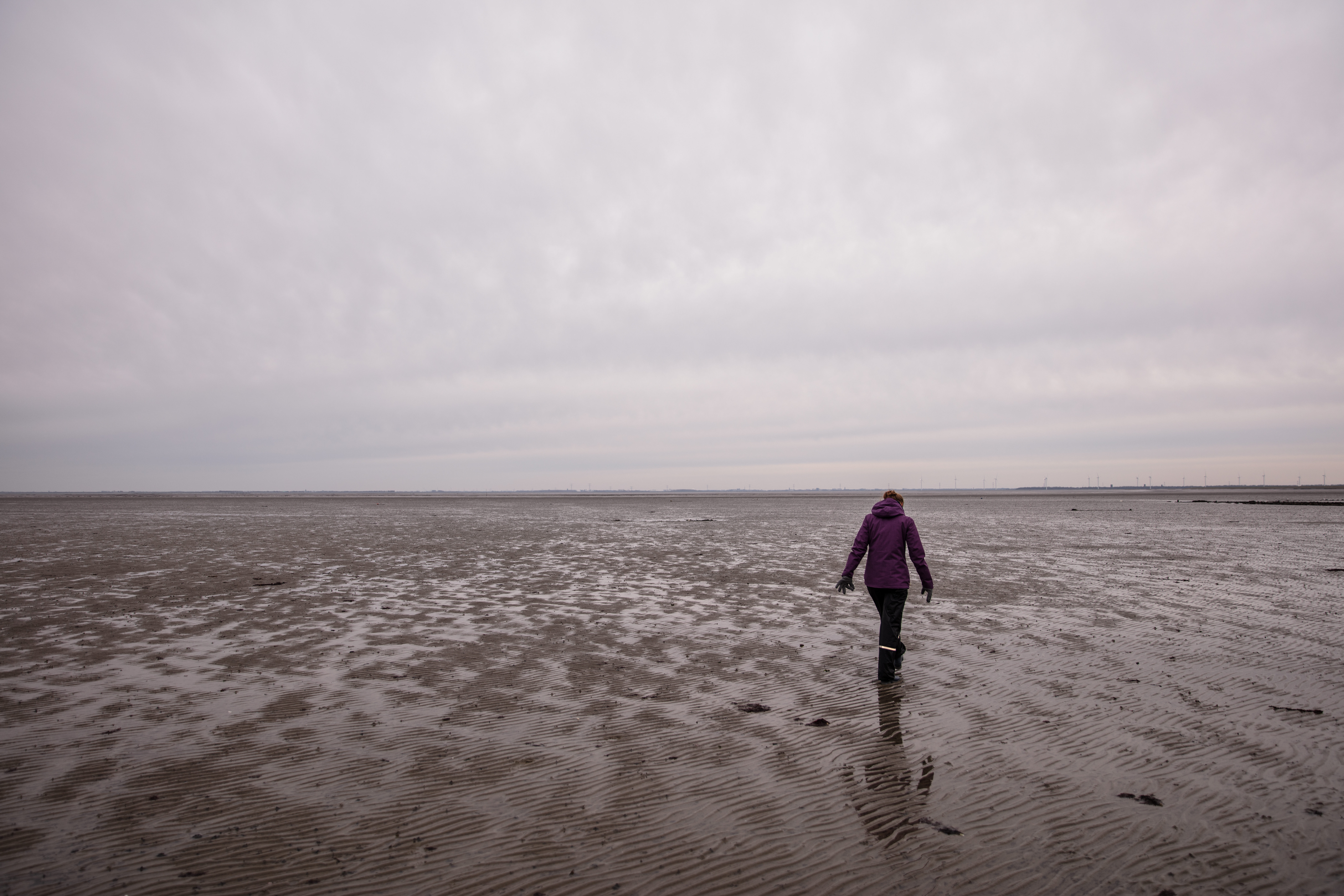 Intertidal zones are not simply bits of mud that stick out from the water from time to time, researcher Maan says. ‘They have an enormously rich biodiversity, and it has been said they are even more productive than tropical rainforests. They are home to crustaceans and many other marine creatures and they make ideal motorway restaurants for foraging migratory birds. Intertidal zones also form natural barriers which protect the coast from damaging waves.’

But more and more intertidal areas are under threat. Rising sea levels are one reason, Maan says. ‘Areas that are stable at the moment may not be able to keep their heads above water in future.’ Human intervention is also a factor. ‘Dams are blocking the transport of sand and mud particles (sediment) to the estuaries. At the same time the waves are eroding the intertidal areas by washing away the sediments.

In order to understand how intertidal mudflats occur or disappear Maan studied their so-called morphodynamic evolution: the interaction between water and sediments during transport and sedimentation. ‘Computer models can tell us much about the growth or the shrinkage of an intertidal area. But to influence the whole system we need to properly understand the results. And that is not straightforward as all the components, such as the strength of the sea current, depth, the position of the dikes and sediment supply, impact on each other.

Maan’s research sites included the intertidal areas in the Westerschelde and the Yangtze estuary. ‘The areas in the Westerschelde are smaller and more stable while those in the Yangtze are bigger and more changeable, a bit like the ones in the Wadden area.’ But even the areas more prone to change will keep certain characteristics, Maan says. For example, sometimes sedimentation or erosion results in a pure seaward expansion or landward retreat, so that all properties except the position of the intertidal area are retained ‘That observation led to the question: why is this happening? A greater understanding of the processes at the basis of these characteristics will open up ways of influencing them.’

The research results showed that the interaction between seabed level  and the strength of the currents and waves are important shaping influences on intertidal zones. As a consequence, the typical evolution of the seabed depends on whether the bed is eroded by waves or by currents. ‘Areas that are exposed to currents are typically more dynamic than areas exposed to waves. The distance between the gully and the dike is important tooIf the gulley and the dike are far apart, the flats either build out towards the sea or retreat towards the land. If the gulley and the dike are closer together, as in the Westerschelde, the area will be more stable,’ Maan says.

In order to preserve the intertidal zones dam and dike design should incorporate a systems-based approach, Maan says. This means a greater awareness of the fact that the various components of a system are interconnected and influence each other. It’s a relatively new way of looking at hydraulic engineering which is slowly becoming more popular.
Maan: ‘In hydraulic engineering the focus has always been on a single element within a system, for instance hydrodynamics (i.e. how water moves). But the interaction between hydrodynamics and sedimentation, which is a huge influence on the long term future of intertidal zones, is not studied as intensely.’

Nature at the forefront

Maan feels more steps could be taken to protect the coast according to the building with nature principle. ‘A larger intertidal zone can be created by moving the dikes more inland. That sounds as if it may pose a risk but in actual fact it can improve coastal safety. And if there are lots of dams in a river, such as in the Yangtze, or dikes that cannot be moved, other measures remain that can help intertidal zones survive, such as planting vegetation or shoring them up with sand. If done well nature will do the rest.’ 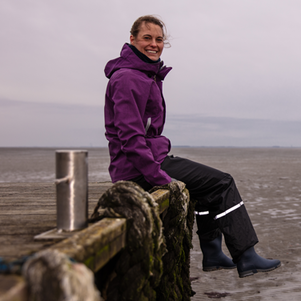 The turbulent waters of the Eastern Scheldt