The foundation of what are nowadays the DreamTeams is established in 1999. There was no hall, there were no offices, no support... There was nothing. The teams that started back at that time (DUT and NUNA) had to conquer many obstacles to get to the point of actually building a car. But they have succeeded!

After some time more people recognized the value the DreamTeams have for the university, so a ground level hall behind the Faculty of 3ME was made available for the teams. Also other students became more interested and popped by to pitch their initiatives. Many more teams were founded.

All DreamTeams in Delft are founded by students. They take the inititive and they are 'problemowner'. In other universities this is usually different. In most of the competitive teams from other universities, the initiative and 'problem ownership' lies within the university.

Most machines built in the D:DREAM Hall are vehicles, even though there is no specific educational track in Delft on automotive. When other competing universities get word from this they are astonished. The students work independent and the gained knowledge is passed down to new team members every year. Passing on knowledge is proven to be crucial for success!

A large part of the production used to take place in the old PMB. PMB used to be a shared workshop from the Faculty of 3ME and Industrial Design Engineering. Much of the work was done with the help of student assistants. 3ME made this possible for the teams. In the fall of 2006, three of the DreamTeams moved to a different building behind the Faculty of Civil Engineering: 'Stevin 1'. In January 2007 the discussion started on dedicating the entire hall to DreamTeams.

This is how it it happend. Since 2009 the hall is officially named the D:DREAM Hall, acronym for Delft: Dream Realization of Extremely Advanced Machines and 'studentprojects' became 'DreamTeams'. From the moment the first teams were housed in the hall, old machines were moved from all over the university to the hall, in order to provide a fully equiped workshop for the teams. Supervision was at first arranged by student assistants, guided by a hired craftsman. Later on, the Faculty of Architecture supplied the hall with a permanent employee, a very capable craftsman.

This is the story on how the D:DREAM Hall came to be and why it still functions outstanding. The building is looked after by the Faculty of Civil Engineering, operations are done by the Faculty of 3ME, however all faculties benefit from the D:DREAM Hall. Each year the hall gets more pretty and modern. And every year more people come by to have a look in the dream of every student: D:DREAM! 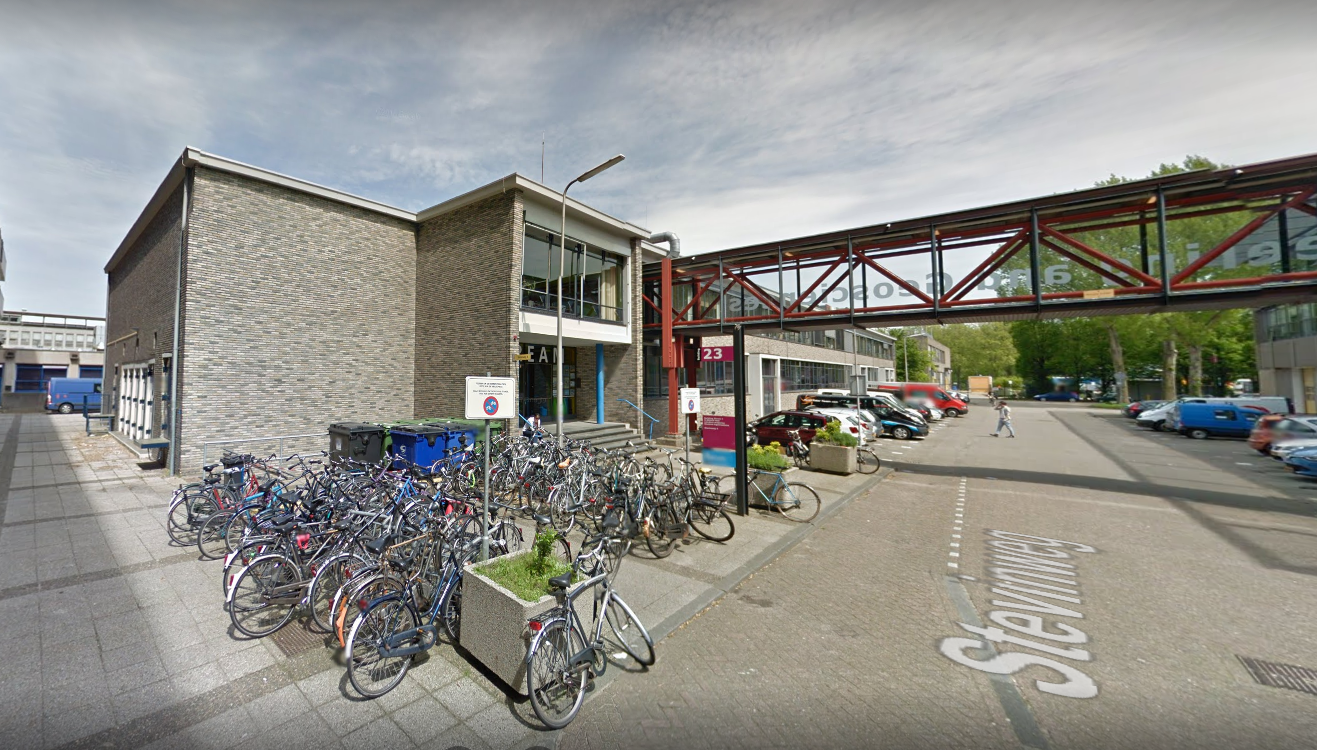