And now for the weather forecast: more sunshine and evaporation

Forest fires, crop failures, inland shipping blocked, salt intrusion and soil compaction: these were some of the consequences of the extremely dry summers of the past three years.

The summer of 2018 took the crown and was placed among the top 5% of driest years on record by the KNMI, the Dutch meteorological institute. The summers of 2019 and 2020 were also drier than average.
After years of drought, groundwater levels finally recovered this spring. All that rain was bad news for café owners; even after the corona measures were relaxed, they still had to contend with empty terraces for part of the spring. It was a blessing for the environment though.

Caught in the middle

But we cannot afford to breathe a sigh of relief. Weather patterns are becoming more erratic due to climate change. A recent study by the the Dutch weather institute KNMI shows that we will need to prepare for more frequent and more severe periods of drought, although researchers say their prediction is tentative: while southern Europe is almost certain to become drier and northern Europe wetter in the coming decades, the Netherlands is caught in the middle where it could go either way. However, the research points slightly more towards drought.

The KNMI’s climate simulation indicates that, by the end of the century, we can expect an increase in air pressure over north-western Europe every spring. That will lead to more sunshine and more evaporation, but also less precipitation. There are many uncertainties in these results, as the calculations have been based on only a single model, but they do give an initial prognosis. This prognosis is currently the subject of ongoing research while the scientists await the new climate scenarios that the KNMI expects to publish later this year.

The situation could become even more critical if less water flows into the Netherlands through the Rhine and Meuse rivers, the result of less rainfall and higher evaporation in the countries where these rivers originate. In combination with rising sea levels, this could lead to the salinisation of groundwater near the river estuaries. We will therefore have to use the available water much more carefully. 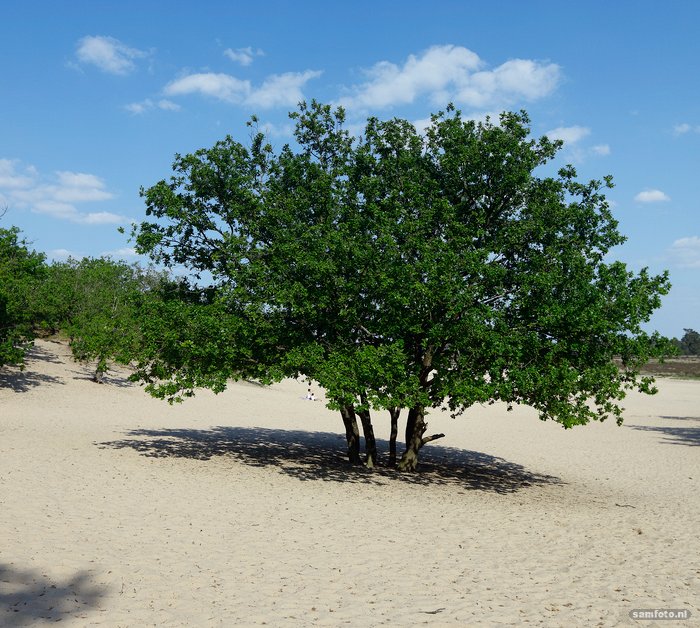 The climate damage caused by recurring droughts costs the countries of the European Union about €9 billion a year on average, revealed a study by the European Joint Research Centre (JRC) published in May in the journal Nature Climate Change. By the end of this century, the economic damage could amount to €65 billion a year. That is the outcome of a scenario in which we do nothing to reduce our greenhouse gas emissions and the temperature rises by four degrees by 2100.

If we manage to limit warming to two degrees, in line with the Paris Agreement, the damage will be limited to €25 billion a year. Of course, these too are rough estimates. The damage will mainly affect agriculture, but drinking water supplies will also suffer and houses will start to sink due to soil desiccation, for example.

We will need to prepare for more frequent and more severe periods of drought.

While the editors were discussing the theme for this July issue in the pouring rain, we received the news that after three years, the drought in the Netherlands is officially over. Good news, but we can’t cheer too soon. A recent climate simulation by the Dutch meteorological institute KNMI shows that more evaporation and less precipitation will occur in the future. TU Delft is therefore continuing to work on solutions to the drought problem. Knowledge platform Deltalinks, for example, advocates more accurate indicators for measuring drought. And shipping professor Rudy Negenborn is preparing the inland navigation sector with a plan for innovations. Groundwater expert Mark Bakker, for his part, is trying to find out how subsidence can be stopped. Several researchers and alumni are also involved in initiatives to combat drought in the city.