‘I was a calculating student’

Ionica Smeets, Leiden University Professor of Science Communication, has been chosen as TU Delft Alumnus of the Year. “My academic counsellor in secondary school thought that mathematics would be too easy for me. ”

You started in computer science but switched to applied mathematics after the first year. Why?

“I couldn’t decide between mathematics, Dutch, language and culture studies, and acting school. Fairly extreme differences, but if you’re good at science subjects you have to do something with that, and can do other hobbies alongside it. My father is also an engineer, so I went to TU Delft. I originally considered studying applied mathematics, but that was discouraged because, in 1998, computer science was the profession of the future. My academic counsellor in secondary school made the – in hindsight – ridiculous remark that he thought mathematics would be too easy for me. Too easy? How could it ever be too easy? You can make maths as difficult and abstract as you want!”

What was the deciding factor?

“I was persuaded by the argument that if you studied computer science, you also learned maths and programming. I finished my first year, but I thought it was pretty awful. I had joined the Christiaan Huygens study association and thought the mathematicians were more fun, just like their programme and lecturers. The dean who presented our first-year diplomas said, “once you’ve earned this diploma, finishing your programme is a formality because after this the drop-out rate is zero”. Then I can stop, I thought.”

What type of student were you?

“I was very well-behaved in the beginning; I didn’t really go out. If I went to see a band, I would drink apple juice or cola and wait for a friend’s father to come pick us up afterwards. That good behaviour changed when I moved into a pretty wild student house on Choorstraat. Then I went out a lot and studied almost as an afterthought. I also had a lot of jobs on the side: I worked at the library, sold tickets at a theatre, wrote for Delta Magazine and did fun things for the study association. I was quite a calculating student because I kept an eye on the minimum requirements I needed to do well.”

Were you a mediocre student?

“No, I was an ambitious honours student. I looked at what I needed to do to earn a nine, but I didn’t do much more than that. Silly, of course. I remember there was a subject where it was said you had to spend four hours on an assignment. But that assignment was far too difficult. Other students worked on it for three days, but I thought “sorry, it said four hours, so I’m just going to turn in what I have after four hours’ work”. Later I wondered whether the lecturer thought I was dumb or lazy. I don’t know which would be worse..”

As a professor of science communication, you are studying the gap between experts and the general public. What did you think of that communication in the Netherlands?

“That’s a little ambiguous. On the one hand, a lot happens and that is positive. You have lectures, a lot of science on TV, series of popular science books and the University of the Netherlands. Much of it is good. But on the other hand, a lot of it is rather ad hoc and not very effective. That sometimes makes me wince. As a scientist, you try to prove things and make them work, but then you mess up your communication. That’s a shame, and sometimes a waste of time and energy. What I like about TU Delft’s communication is that it focuses on student projects. Let students build something like the Nuna solar car and describe it themselves, instead of having a professor do it. That’s a more effective way to communicate than sending all kinds of press releases.”

“That too, but it has to be more than that. A while ago, I wanted to do a project aimed at primary schools and especially disadvantaged children. “Why would you focus on them?” someone asked. “They’re not going to take a degree here.” But maybe that’s because we are not doing anything for them. Eventually, they will become the citizens who will pay the taxes that support your work, and the people who you will want to use your inventions. It’s always worthwhile.”

"I looked at what I needed to do to earn a nine, but I didn’t do much more than that"

So the more people know, the more accepting or well-informed they’ll be?

“That’s not entirely true, and it’s one of the frustrating things about this topic. Look at the vaccination debate: the anti-vaxxers are not the people who know nothing about it. Instead, they are people who have read a lot but interpret the information entirely differently than we do. You also see that in discussions about climate change. In a fantastic study, two groups of people who disagreed about the severity and consequences of climate change both received the same solid, scientifically reliable information. Then they disagreed with each other even more! They extracted precisely that information from the text that suited their existing point of view.” 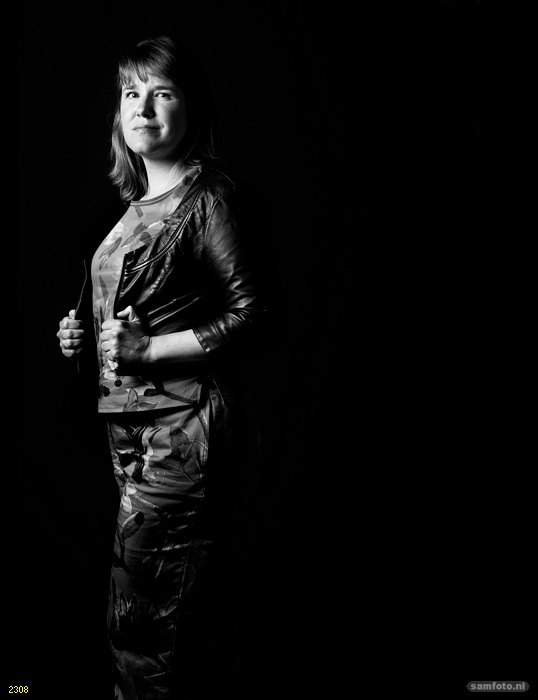 "As a scientist, you try to prove things and make them work, but then you mess up your communication"

What can you do then?

“The first thing – which also applies to engineers – is to be more proactive. It’s much easier to be the first person who reports something than someone who has to discuss an idea that another person has expressed. Furthermore, a lot of
science communication is not focused on a target group. The tone in the vaccination debate often suggests that you are an idiot if you don’t vaccinate your child. But it’s not effective to paint people as idiots and then try to convince them. The third point is related: it’s important to communicate more from an attitude of trust. I think that frequently applies to many engineers. Engineers at large organisations often play a sort of expert role but fail to communicate their message because their attempts are so awkward.”

“I don’t know. I do think they’re at a disadvantage because they’re taught to explain things rationally and step by step. Often that doesn’t help to convince people. I think people’s minds can be changed faster with an anecdote or a story, but it has to be substantiated with facts.”

Do you have more tips for engineers?

“ A while ago, I attended two conferences in one week: one for civil engineers and one for oral surgeons. At the oral surgery conference, you heard fantastic stories about new treatments. They failed in 80% of patients, but the surgeons spoke enthusiastically about the other 20%. The civil engineers had created amazing buildings, but they spent the entire day discussing what was wrong with them: concrete decay and pillars that were not quite right. Discussing mistakes among yourselves is part of the engineering mentality, but it’s not always the smartest approach with the outside world. A general tip is to ask for a little more feedback. A friend who is a physicist asked a random person from the audience about what he remembered from the lecture he had just heard. The answer was very disappointing.”

Do you ever visit Delft?

“I sometimes give a guest lecture and recently gave one for my old study association. I just did a study with someone from Delft: Rolf Hut. We investigated hydrology jargon: how experts interpret frequently used terms in public texts and how lay people do that. Experts turned out to have a different idea about what the word “river” means than the general public, but the groups strongly agreed when shown pictures of one. If you want to warn to people about a flood, you’d better make sure they understand it correctly. A picture is often useful for that.”

Ionica Smeets (1979) earned her Master’s degree in applied mathematics from TU Delft in 2005. She planned to become a science journalist but, on the advice of her supervisor, decided to pursue a PhD. She earned it from Leiden University in 2010. She later investigated science communication with philosopher Bas Haring. In 2015, she was appointed Professor of Science Communication in Leiden. Smeets has also worked as a science journalist for 14 years. She has written four books, as well as columns for publications such as the de Volkskrant newspaper, New Scientist NL, Kek Mama magazine and, until 2014, Delta Magazine. With Jeanine Daems, she co-wrote the blog wiskundemeisjes.nl. In addition, she was involved in TV programmes such as Factcheckers, Eureka, De Slimste Mens and Zomergasten.