DSEA is a student esports association aiming for creating a social network for people that share their passion for games and esports.

DSEA is founded in 2015 and is the oldest student esports association in the Netherlands.

The goal of DSEA is to formally introduce the world of esports to Dutch society, underlining its competitive and social aspects. To achieve this goal, we want to act as a social network for people to share their passion for games and esports.

Each year DSEA organizes several events for every esports enthusiast:

DSEA organizes at least two tournaments/competitions for our flagship games, such as League of Legends, Counter Strike and Smash.

Furthermore, we also try to organize tournaments for other games that are popular within our community, such as Overwatch and Rocket League

Every week there will be a LAN party at the sport&culture centre X in the Theatre hall. During these LANs our members are welcome to play some casual or competitive games together and the Smash weekly will be hosted at the same time as well. There are also always people playing board games or just chatting with some drinks. Our weekly LAN is the place to be!

We also organizes viewing parties for popular games within DSEA!

In the last few years, we have organized viewing parties for big CSGO tournaments and the League of Legends Worlds Finals. So far, each year lots of people joined and it has always been a blast!

Besides organizing tournaments and viewing parties. DSEA offers 4 offline events each year where the members will partake in fun “ offline” events such as escape rooms and bowling. During these events you will get to know each other even better. 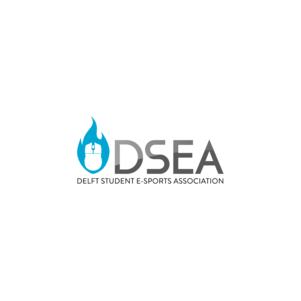 In 2019 when the LEC Spring finals was hosted in Ahoy Rotterdam, we were able to take part as volunteers during this event. The two days were fantastic, everyone got to meet their favourite players and caster. And we even were able to play a game on stage!

Just like the LEC event, DSEA also took part as volunteers during the Rotterdam Games Weekend, which the DreamHack Rotterdam was also part of! We were able to watch the Open Championship of Counter-Strike: Global Offensive live and much more!