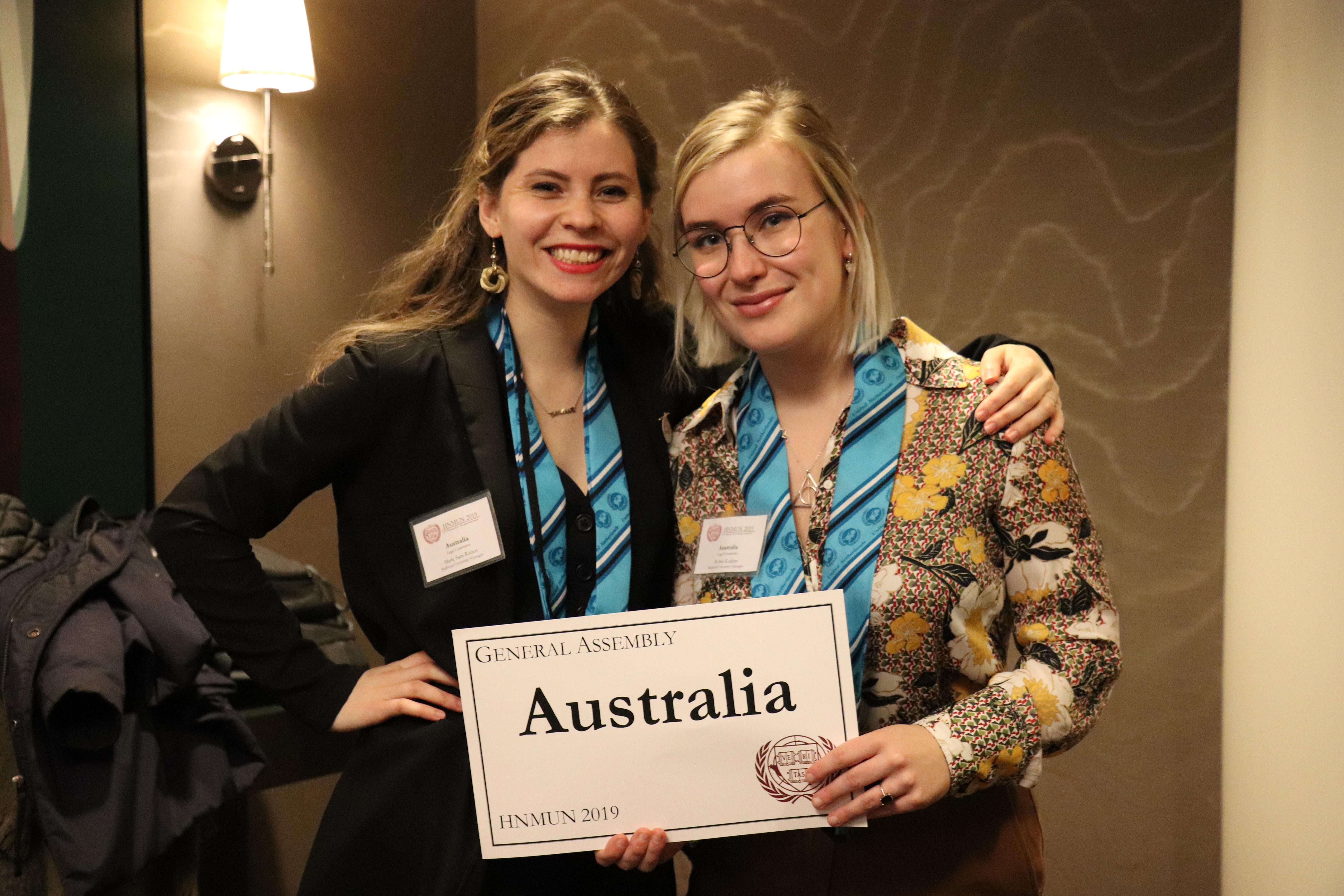 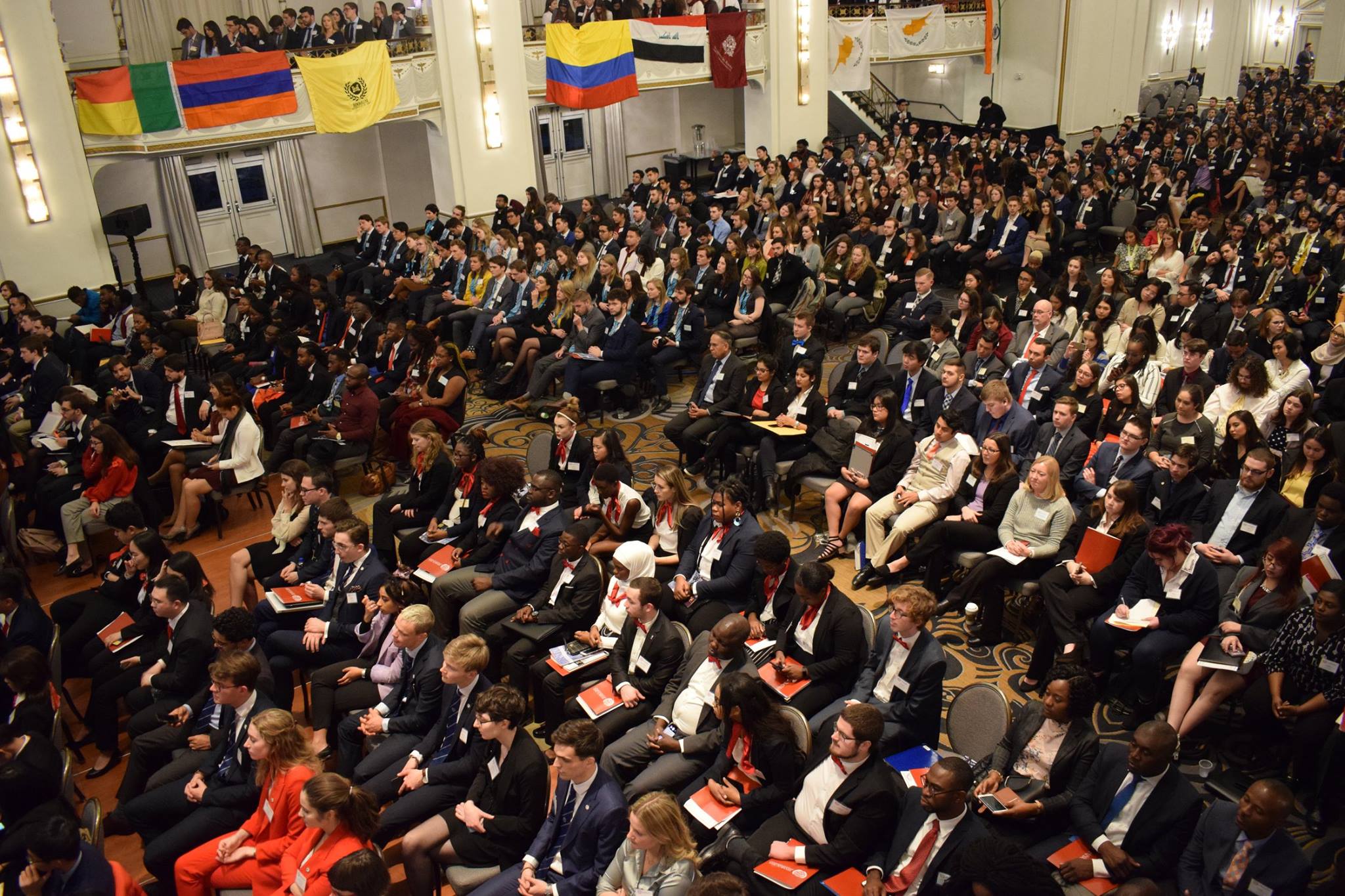 Past half year I had the honour to be a delegate of United Netherlands. This programme gave me the opportunity to follow an academic curriculum with lectures in the field of international relations, extended with trainings in relevant skills and the participation in Oxford International Model United Nations (OxIMUN) and Harvard National Model United Nations (HNMUN) conferences.

A Model United Nations is a conference in which committees of the United Nations are simulated. All participants get a country and committee allocated. In those committees a certain pressing world challenge is discussed, and the participants try to influence the final resolution in such way that it is beneficial for their country. They do this through formal and informal debates with each other and a lot of lobbying and writing, sometimes day and night. The lobbying never stops even during dinners and the gala.

I not only learned relevant skills to address grand challenges in politics, such as lobbying, negotiating and public speaking, but it also gave me a lot of insights into the processes around decision-making and the point of view of all different countries around the world. In Oxford I represented Malaysia in the Belt and Road forum. The extensive knowledge I gained about the country and their objectives and goals, taught me a lot about the challenges they are struggling with.

United Netherlands provided me with a training program for these competitions. From September to February, every Friday I had a training day. Most of the Fridays consisted of a morning with lectures and an afternoon filled with trainings in relevant skills. Some Friday’s were special, for example when we visited the Australian Embassy, the country we represented at HNMUN, and the ministry of foreign affairs. In October we first competed in OxIMUN. We won the best large delegation price and I was personally awarded within my committee with the best position paper award, something similar as third price.

After this great result we started training for HNMUN. This included extensive and substantiated research of our own topic. For me that was the international legal framework of cyber warfare. HNMUN started at the 14th of February. In advance the delegation got a training week in New York, including visits to the United Nations Headquarter and several other institutions. The conference was amazingly big with over 2000 participants, where I was part of a committee consisting of 250 students.  It really taught me to be a diplomat with a technical background in an international and highly competitive environment. 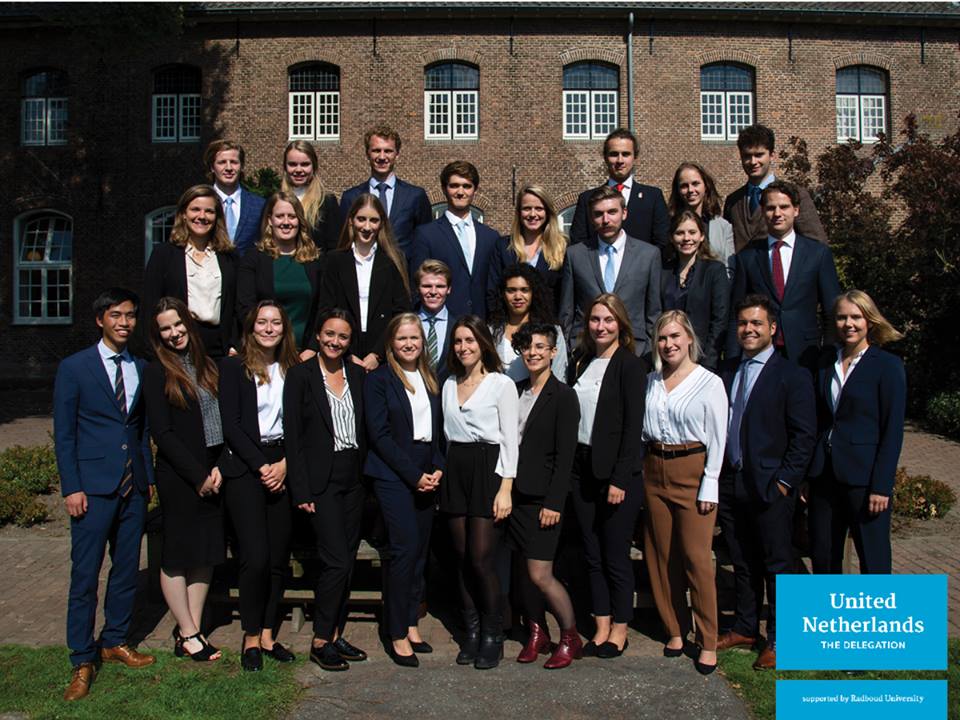 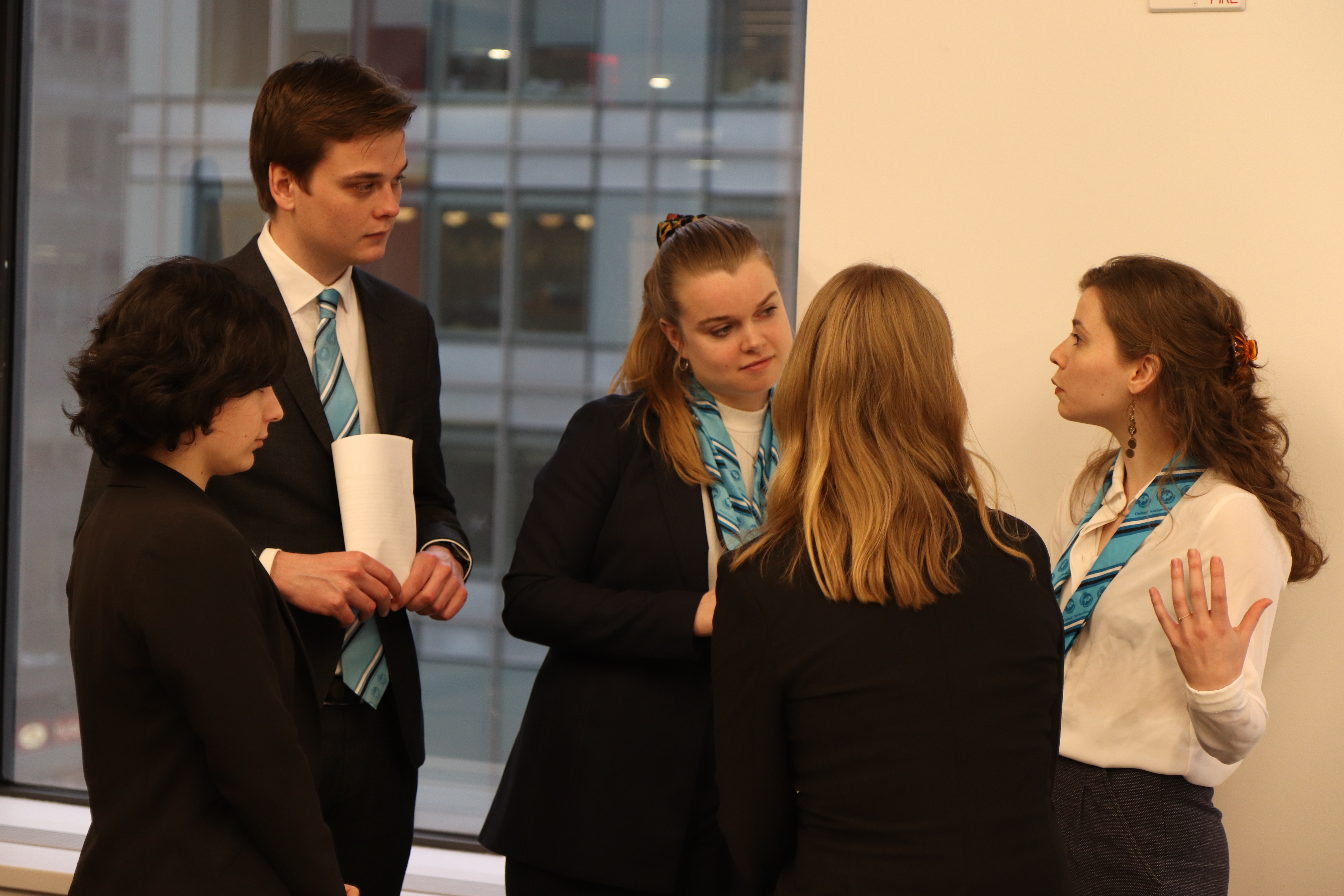