The perks of studying EPA in The Hague

EPA student Amerens Jongsma joined The West Wing, a think tank for students by the Dutch Ministry of Foreign Affairs. She wrote a story about her experience.

Last year, I joined a good friend of mine to an open day of a think tank in The Hague. As little as I knew about it beforehand, I became inspired after the event due to the fascinating, international policy questions that were posed. A few weeks later, after an extensive application process, I had committed myself to spending a year in the think tank, which I combined with the first year of my master’s in Engineering & Policy Analysis (EPA).

The West Wing is the official youth think tank of students for and by the Dutch Ministry of Foreign Affairs (MFA). I was selected to be part of the track DDE/DSO (Directie Duurzame Economische Ontwikkeling / Directie Sociale Ontwikkeling), focusing on sustainable economic and social development. At the beginning of the academic year, the MFA asked our track to write a policy advise on the Future of Work in the MENA and Sub Saharan Africa regions, about which surprisingly little research had been done so far. After nine months of research, expert meetings, even a trip to Brussels and a ‘college tour’ with Minister for Foreign Trade and Development Cooperation Sigrid Kaag, the topic was narrowed down to the Future of Work for young smallholder farmers in Ethiopia. We performed a SWOT analysis, outlining the strengths, weaknesses and future opportunities and threats on this topic. The Future of Work entails a combination of societal and technological developments, from which we specifically researched mechanization, online platforms, big data, and artificial intelligence. One of the central recommendations emphasized the strengthening of inclusive, sustainable and open internet access for everyone in Ethiopia.

After a fruitful year full of brainstorming, new insights and gaining experience in writing a policy advice in a large group, we were to present the findings alongside the other three tracks. In the end, we were proud that our team was chosen by a jury of the MFA to have won the prize for the best policy advice that year and that our recommendations were taken up by the MFA. 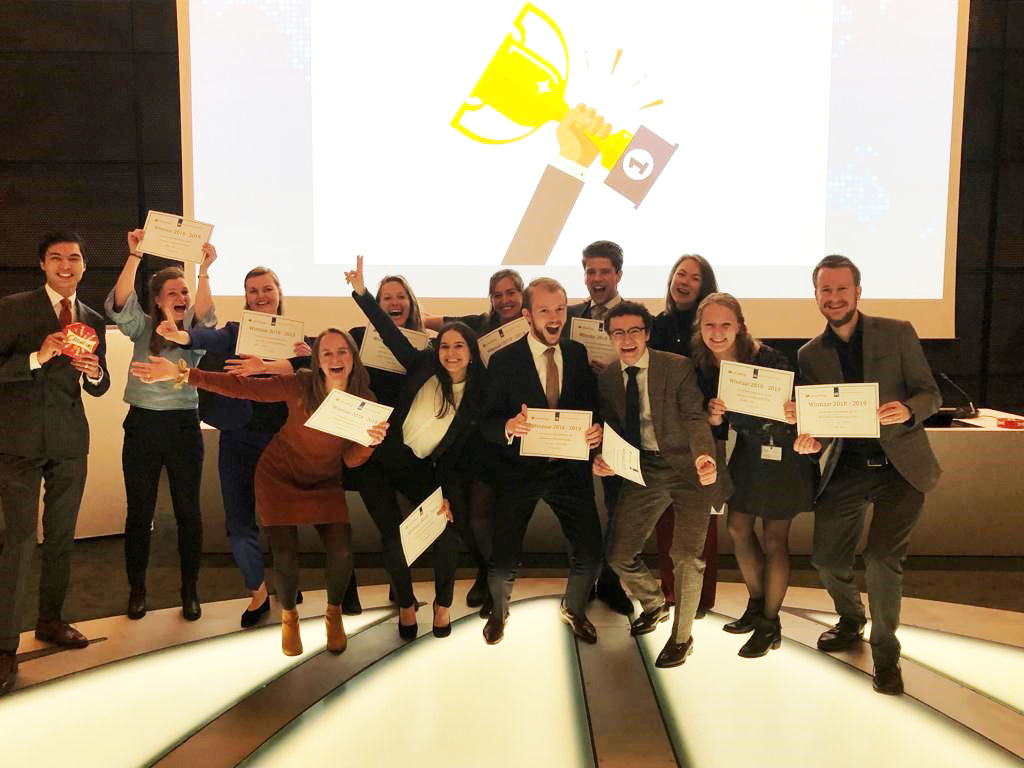 Joining The West Wing think tank of the MFA was a great addition to the first-year courses of the EPA-program in The Hague. The Future of Work is a good example of an international, complex, grand challenge in which interdisciplinary ways of thinking can be very useful. Being a member of The West Wing for a year has significantly impacted my academic and career paths. Within my specialization at EPA, I accordingly decided to follow mostly Economics and Finance courses, which were particularly interesting due to the inspiring lectures and teaching methods of Dr. Servaas Storm. Furthermore, I have become more interested in experiencing what it is like to work for the government, which lead me to apply for an internship at the Ministry of Foreign Affairs which I will start in March. In the end, I hope that the EPA master program and my experiences at the MFA will form a strong foundation of skills for a lifelong learning career in the twenty-first century.

The full policy advice can be found through here. Given that the program is in Dutch, The West Wing Think Tank only considers applications of Dutch-speaking students.