Robots, big data and the internet of things

“Robots taking care of the elderly. It’s the nightmare vision of many now that there are more ways than ever for machine assistance” and “The rapid evolution of robots raises many moral dilemma’s.” – Ad Ermstrang, ‘Robots als mensen: de nieuwe torenbouw van Babel’, Reformatorisch Dagblad, 8 januari 2018.

In 2050, when meeting a robot, you actually meet the physical manifestation of big data

Ir. Dr. C.J.M. (Chris) Verhoeven, associate professor in the micro-electronics department and theme-leader of swarm-robotics at the TU Delft Robotics Institute foresees a robotic future with a clear vision as to their intelligence and autonomy. 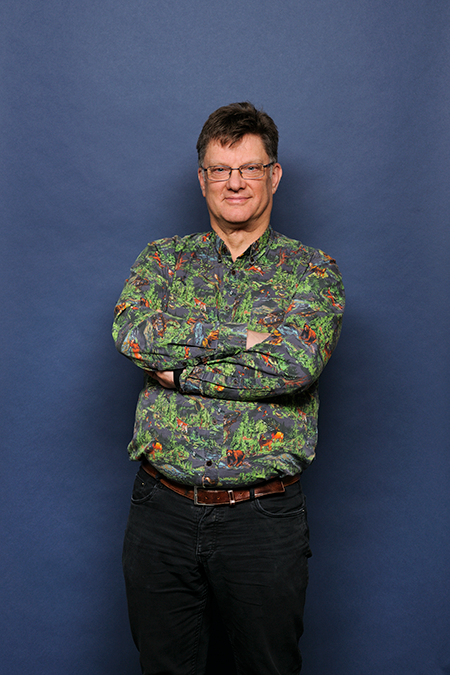 It is a major societal need to be surrounded by autonomous devices and robots will fulfil that need. The rise of the robots is, however, interlocked with big data and the internet of things. The robotic trinity is the foundation of a society in which we will no longer be owners of hardware but of behaviour. The moment you step into an autonomous car in Spain, that car will be your car. Your desired driving style will be downloaded from the spacecloud, a swarm of nano-satellites packed with memory. The health support robot, the robot dog and the thermostat at your vacation home will also react to your existing cloud data, eliminating the need for any further commands.

This need for autonomy has subtle but important characteristics. The roman horseman had no desire to control the horse’s muscles. The rider commands, the horse runs. Together they are a well-oiled, fast, flexible and safe unit. The autonomic car will similarly be in control of how to drive and which route to take, with us in command. Autonomous behaviour, under our supervision and responsibility.

A further characteristic of autonomous robots is the absence of centralized control, as that would enable malicious interventions. Robots communicate with the cloud and big data provides them with powerful capabilities, but they are inherently safe because of a minimum of on-board autonomous code. The cloud or hackers will, for example, not be able to instruct an autonomous car to drive into a wall. Programming such autonomy requires a few very important lines of code, the exact formulation of which is an ongoing challenge. We aim to learn from animals. What simple rules determine their successful behaviour, individually or in a swarm? We have to be realistic of course and accept that some robot accidents will happen, which is no different than society currently accepting accidents with animals and non-autonomous cars.

The acceptance of autonomous robots is a challenge on its own as we humans have grown unaccustomed to such autonomy. People need to be re-educated. For this purpose, we collaborate with the faculty of Industrial Design. A first step may be the implementation of haptic feedback. Think of a force-feedback throttle that discourages tailgating, unless your cloud data indicates it to be safe.

In ten years’ time we haven’t only grown accustomed to autonomy, we will demand it. Robots will have been accepted by society as a new and tamed animal species. This requires robots to demonstrate animal behaviour. Delfly and ZEBRO, two robots developed at TU Delft, move predictably because they appear to have some kind of head indicating their direction of motion. A quadcopter on the other hand is unpredictable and frightening as it lacks this characteristic.

In 2050 the role of robots is one of assistance. Think of a team consisting of a healthcare professional and his or her robot. Perhaps they even received training and education together. The robot will do the menial tasks increasing the opportunities for the professional to express empathy. It has to be a human providing warmth and empathy, although I have to admit that it wasn’t easy when I parted with my ten year old Skoda 130. It wasn’t even a robot.