In the previous blog I described the process of creating and simulating a design in LTSpice for the new safety control unit of the motorcycle of Nova Electric Racing. Now that this design is finished it is time to create a layout for this design that can be made on a PCB. For this we use Altium Designer, CAD software to design PCBs. This is a pretty difficult step to make since this is not something I have done within my studies before so there is a lot to learn. First of there is a lot to learn about the tools I can use like Altium Designer. Secondly, there is also a lot to learn about the manufacturing process of PCBs, just because I can design something in Altium Designer does not necessarily mean it is actually producible. And finally the real components have characteristics that I might not have thought about with the ideal components. A switch with the required size might not be able to support as much current as expected for example, requiring me to occasionally adapt the original design. Nonetheless it is an exciting step to make and hopefully in one of the next blogs I can give an update on the testing of the printed PCB! 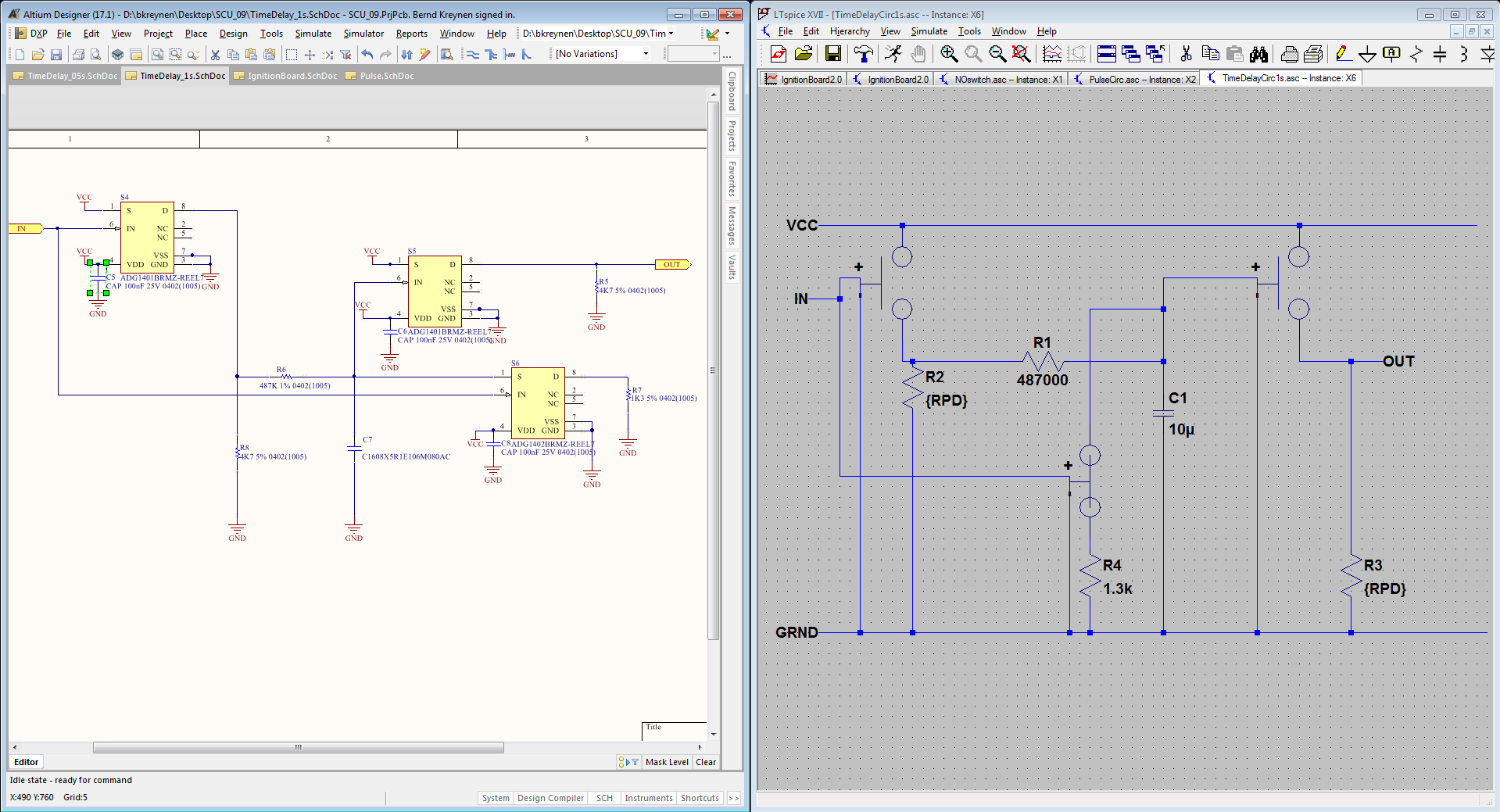 Changing ideal component to real ones in Altium