Wrapping up, but not quite!

It’s been almost two months since we finished with an amazing 2nd place at the Cybathlon Experience 2017. This marked the end of an intense but fruitful year full of work by a team of 32 passionate people. As a member of the 2016/2017 Project MARCH team, I’ve ceased day-to-day operations at Project MARCH because I’ve still to graduate in my Master Microelectronics. It’s not the end of Project MARCH, however, since there is a new team around the block that’s been working on the MARCH III since this august! The new exoskeleton is yet to enter the physical domain, but I’m already proud to see how much the team has excelled the last couple of months.

Of course, it doesn’t mean that I’m no longer involved in Project MARCH. Me, among others of the previous team(s), try to remain an active source of information for the new team. We’ve learned so much in the last year, and even though we have tried to pass this information on to the new team as much as possible, some details remain unmentioned. For this very reason, documentation is regularly shared and we have bi-weekly meetings in which plans are discussed. Keeping the knowledge in the team from year-to-year is essential to keep Project MARCH moving (walking) forward! 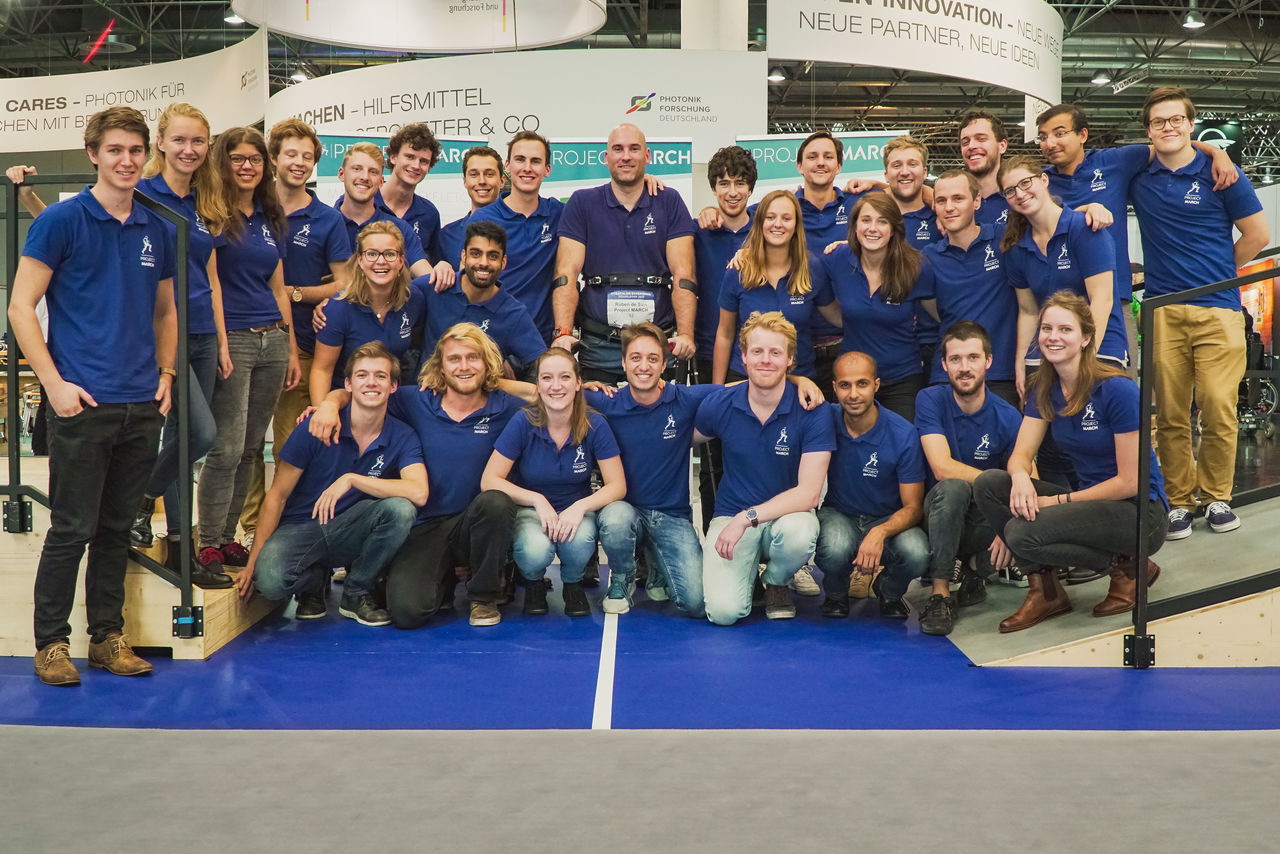