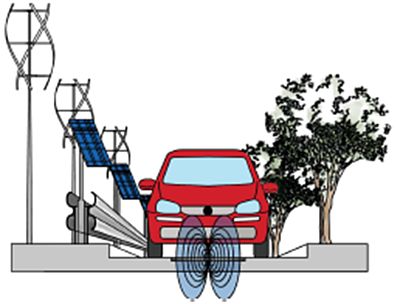 Research needs to be done to electromagnetically model such distributed systems and also provide design equations and analytical models to optimize both power and efficiency. The next focus of the work is the development of a charge coupler system that can perform the process of transferring power. Here, a lab scale prototype is intended as a research goal. High efficiency, wide-band gap semiconductors are considered for higher efficiency.