As part of The Berlage Sessions, Peter Swinnen gives the lecture 'The Bouwmeester’s Flanders'.

In outlining the ambitions of the Bouwmeester in Flanders, Peter Swinnen, Bouwmeester from 2010 to 2015, writes in 2013:

Since the appointment of the first Vlaams Bouwmeester in 1999, the Flemish government has been continuously working to achieve an excellent architectural policy and exemplary public commissioning practice. Thanks to the Vlaams Bouwmeester Team, broad support for a high-quality building culture has been created in both central and local government. One of the powerful instruments the Vlaams Bouwmeester Team uses for this purpose is the Open Call, a negotiation procedure that enables public principals to choose the most effective designer for their project on the basis of a potent social vision.

The key Open Call concept is confidence: confidence in a procedure that prior- itises added spatial value, confidence in the expertise of selected designers and confidence in a generous preparatory process in which the public principal is assisted by the Vlaams Bouwmeester and his team. Whereas most tendering procedures for buildings and urban master-planning still tend towards the “most financially advantageous submission,” our purpose in the Open Call is to concentrate on the socially most advantageous submission. An architectural building culture is after all a pressing social issue. Nothing is so characteristic of a policy as its built heritage and its handling of spatial planning and open space. These are a lasting testament to today’s public governance, the litmus test of a visionary social project.

The Open Call deliberately aims for higher goals than the simple relief of needs or compliance with a set of functional requirements. Public principals are guided in the formulation of a project definition in which the social benefits are clearly described and with which inspired designers can then set to work. The result of the Open Call is invariably a “master vision:” not a fully developed preliminary plan, but a flexible and intelligent concept.

In his lecture, Swinnen will examine the Open Call in general; while, at the same time, providing his reflections on this process through the lens of an exemplary case study.

Peter Swinnen is the cofounder of CRIT. architects, and was Flemish Government Architect from 2010 until 2015, a public mandate empowering architecture as a policy-questioning discipline. After an apprenticeship at Luc Deleu/T.O.P. Office he co-founded 51N4E in 1997 with Lieven De Boeck, which he headed until 2014. 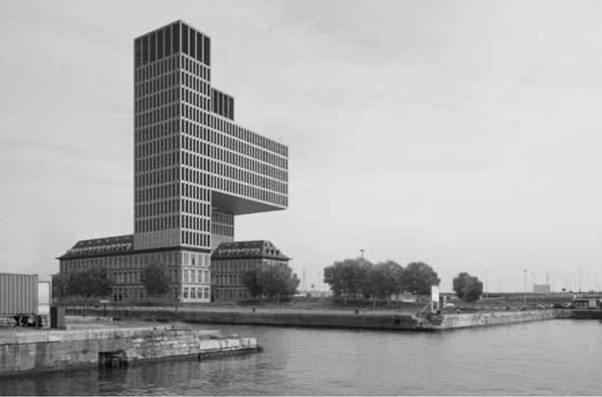