Kristina Djanashvili was raised in Georgia, where she was educated as a chemist. Starting from 2001, she continued her carrier in The Netherlands heading the NMR research at the TU Delft. In 2009, she received her PhD with Cum Laude on the development of Gd-containing phenylboronic conjugates as contrast agents for MRI, under supervision of Dr. Joop A. Peters. After becoming an Assistant Professor in the group of Biocatalysis (2011, Sector Plan position) and having received NWO VENI grant (2013), she kept working with the strategic vision of strengthening the health-related research at TU Delft. In 2016, she has received Le Studium/Marie Skłodowska-Curie Research Fellowship that allowed her to do one-year research at the Centre de Biophysique Moléculaire (CNRS, Orléans, France) performing pre-clinical evaluations on the designed materials.

Today, her expertise can be defined as applied chemistry for imaging and therapy based on combination of skills in organic-, lanthanide-, radio- and nano-chemistry, and physico-chemical characterizations of materials designed for medical applications. After 17 years’ experience in the field of lanthanide-based contrast agents for magnetic resonance imaging, her current research has entered the next level by persuading the concept of multimodality.

The group of Djanashvili is operating at the Reactor Institute, benefitting from the facilities that enable further exploration of the MRI-active materials with additional radionuclide imaging modalities (PET/SPECT), towards better sensitivity in combination with (radio)therapy. 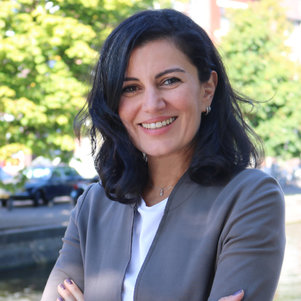